RAPHAEL VARANE has suffered ANOTHER injury blow after being forced off at Atalanta.

The Manchester United defender limped off after just 38 minutes in Italy with United 1-0 down, with Mason Greenwood coming on to replace him. 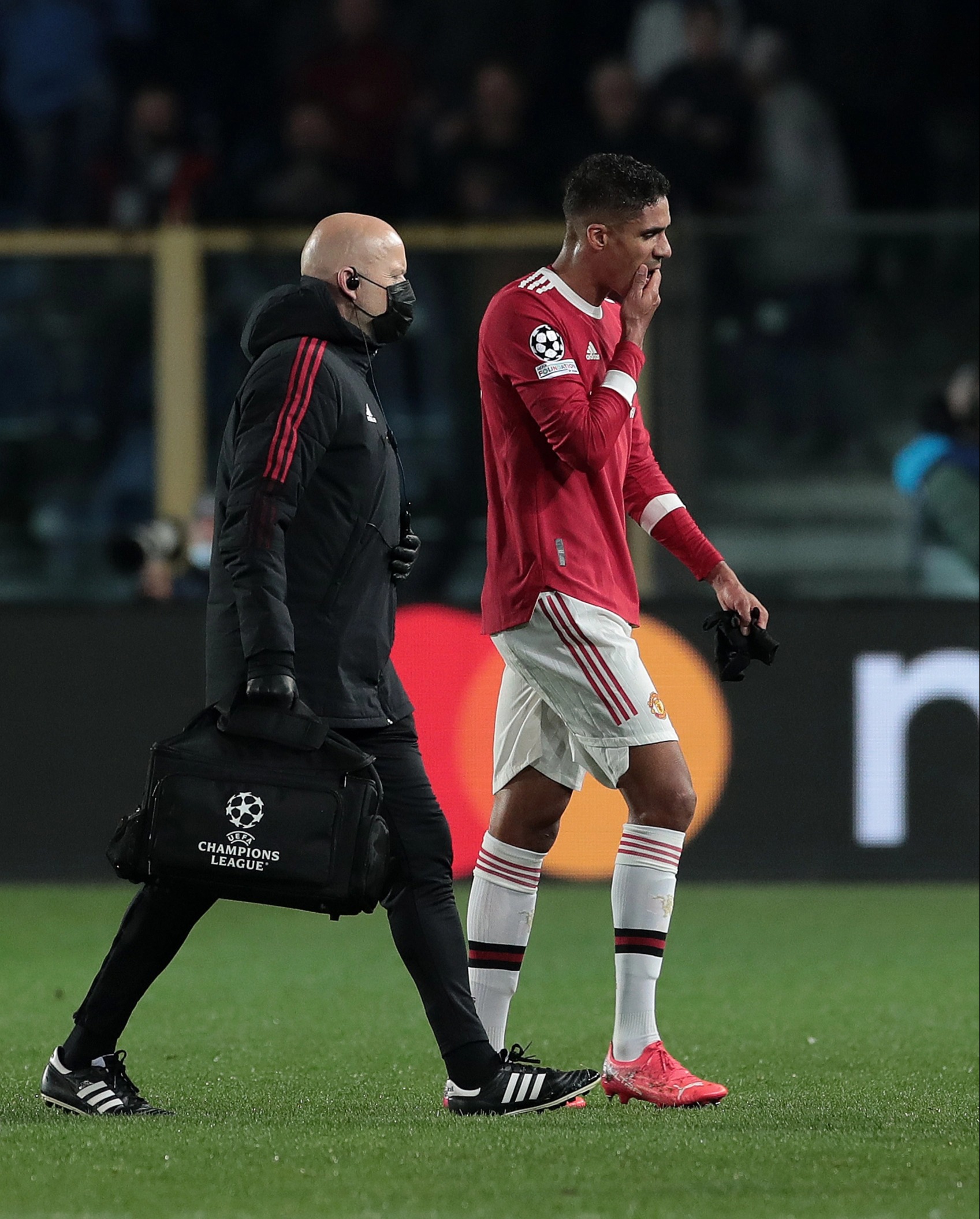 It means more frustration for Varane, who has already missed five games with injury this season.

He did return to United's backline for their 3-0 win at Tottenham on Sunday, which eased the pressure on manager Ole Gunnar Solskjaer.

But Varane faces another setback after going down off the ball before he limped off just before Cristiano Ronaldo equalised.

The defender arrived from Real Madrid this summer for £42million, but has so far made just nine appearance.

He will be sweating on his fitness ahead of United's Manchester derby with Premier League champions City on Saturday.

And Old Trafford legend Gary Neville was quick to praise Varane for his impact in the three-man defence.

Neville said on Sky Sports: "He’s made a massive difference at the back, Varane.

"You can say the change of system but he has brought real composure and class in that back-three.

"He’s been outstanding at the back."