The Traitors was filmed at a Scottish Highlands castle

Where is Balmoral Castle and which Royal Family members stay there? – The Sun | The Sun

Fred VanVleet’s sudden turnaround in the NBA playoffs is a big reason why the Toronto Raptors are just two wins away from the championship.

Early in the playoffs, VanVleet, the Raptors’ undrafted, third-year backup guard, was mired in a miserable slump. Over the Raptors’ first 15 playoff games, VanVleet was averaging 4 points per game on 25.6% shooting, and 19.5% from three. During that stretch, the Raptors were outscored by 40 points when VanVleet was on the floor, the worst mark on the team.

Raptors coach Nick Nurse began shortening his rotation, relying on his starters to play heavy minutes, as the team was getting little production from the bench, VanVleet included. 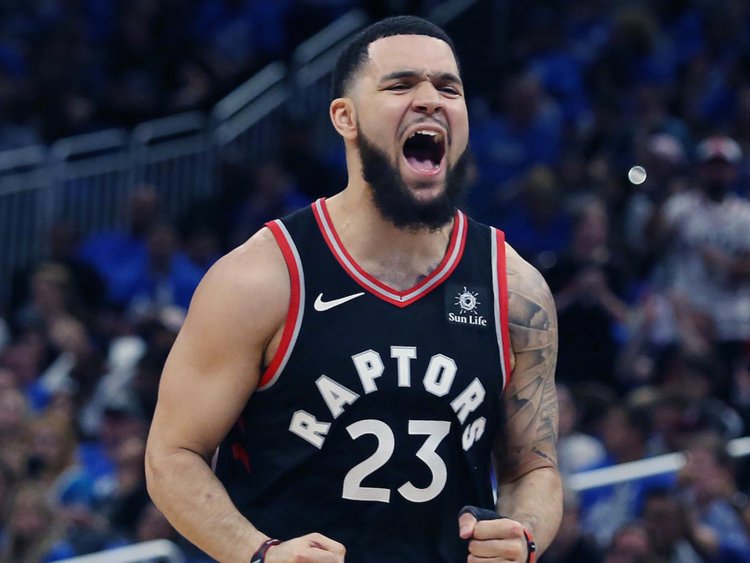 Fred VanVleet’s turn-around has been sparked by the birth of his son.Stephen M. Dowell/Orlando Sentinel/TNS/Getty ImagesOn Monday, May 20, Van Vleet’s son, Fred Jr., (his second child) was born, and since then, VanVleet has been nearly unstoppable.

In Game 4 of the Eastern Conference Finals against the Milwaukee Bucks, VanVleet broke out, scoring 13 points on 5-of-6 shooting with 6 assists. After the game, he credited his performance to the birth of his son.

Since then, VanVleet has not slowed down. He followed up that performance with a huge, 21-point effort in Milwaukee in a crucial Game 5 that swung the series in the Raptors’ favor.

Since the birth of his son, VanVleet is averaging 15 points per game on 57% shooting from three. The Raptors are a +83 with him on the floor since May 21, the best mark on the team.

“It makes you tired. It just gives you a little perspective, I guess, on life,” VanVleettold The Athletic’s Blake Murphy on flying back to Illinois for the birth of his son, then back to Toronto. “Took a plane ride there, had a lot of time to think, had to sit at the hospital all day, a lot of time to think, and obviously a plane ride back. So just changing the way you’re looking at things and not be so down on yourself about everything, and just come in and enjoy the game.”

ESPN’s Jeff Van Gundy joked on-air during the Finals that if he were coaching a team, he would tell all of his players to have children in hopes that they play like VanVleet.

It’s not just that VanVleet has played well. He has also come through in huge moments for the Raptors.

In Game 5 of the Eastern Conference Finals, the Bucks tied the game at 93 with just over two minutes remaining in the fourth quarter. VanVleet answered on the next possession with a huge three, quieting a raucous Milwaukee crowd.

VanVleet’s excellent play has continued in the Finals. In Game 3, VanVleet twice squashed the Warriors’ momentum with big shots, one in the third quarter during a Warriors run and one that served as the fourth-quarter dagger.

VanVleet has also been tasked with guarding Stephen Curry in the Finals and has made him work. Opponents can’t stop Curry, but VanVleet has certainly made Curry’s life difficult at times.

VanVleet has joked that a lack of sleep has been the formula to busting out of his slump.

With Game 4 on Friday, the Raptors have a chance to take a commanding series lead, albeit against a healing and motivated Warriors team. More solid play from VanVleet can help the Raptors seal the series and perhaps allow him to get home to his kids sooner.

Celebrities
The 'Kardashians' star, who will receive $200,000 per month from the rapper in child support, is photographed looking tense while...
Lifestyle
AN incredible EuroMillions jackpot worth £112million could be yours on Friday - here's how to get in the draw. One...
TV & Movies
The Traitors: Claudia shocks contestants by sending two homeWe use your sign-up to provide content in ways you've consented to...
World News
BALMORAL CASTLE was privately bought by Prince Albert and is one of the Royal Family's favourite getaway spots. Here is...
Beauty
The Rookie: Feds actress Niecy Nash, 52, always looks incredible and recently shared the secret to her confidence. MORE: The...
Fashion
A ROYAL expert has said the Duke and Duchess of Sussex are "clearly" not making a UK return this Christmas...
Recent Posts