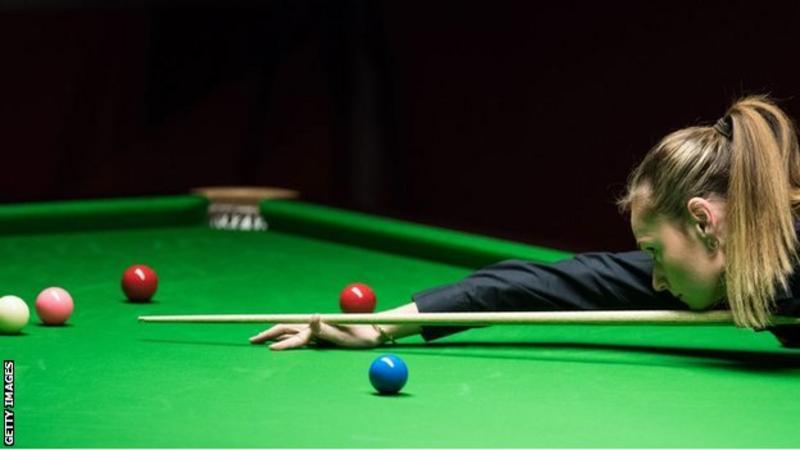 Reanne Evans has been given a wildcard to the Snooker Shoot Out as she aims to become the first woman to beat a man in a televised ranking tournament.

The 12-time women’s champion, who lost in round one of the one-frame event last year, will be joined by women’s world finalist Nutcharut Wongharuthai.

Also among the eight wildcards for the ranking event in Watford from 20-23 February is 14-year-old Iulian Boiko.

Ronnie O’Sullivan is set to take part for the first time in five years.

Last year Thailand’s 20-year-old Wongharuthai, winner of the Australian Open, made a maximum 147 break in practice, thought to be a first for a female player.

Midlander Evans also played in the recent Champion of Champions where she was edged out 4-3 by 2005 world champion Shaun Murphy.

Other wildcards include Robbie McGuigan, a 15-year-old from Antrim, who made his first 147 in practice aged just 13.

A total of 128 players compete in the Shoot Out where matches are one frame and a maximum of 10 minutes.

Evans was beaten by six-time world finalist Jimmy White, 57, who made it to the last 32.