IT'S an exciting time to be an England fan with two of the top young talents in world football ready to usher in a new Golden Generation.

Mason Mount and Phil Foden have long been tipped as stars of the future. 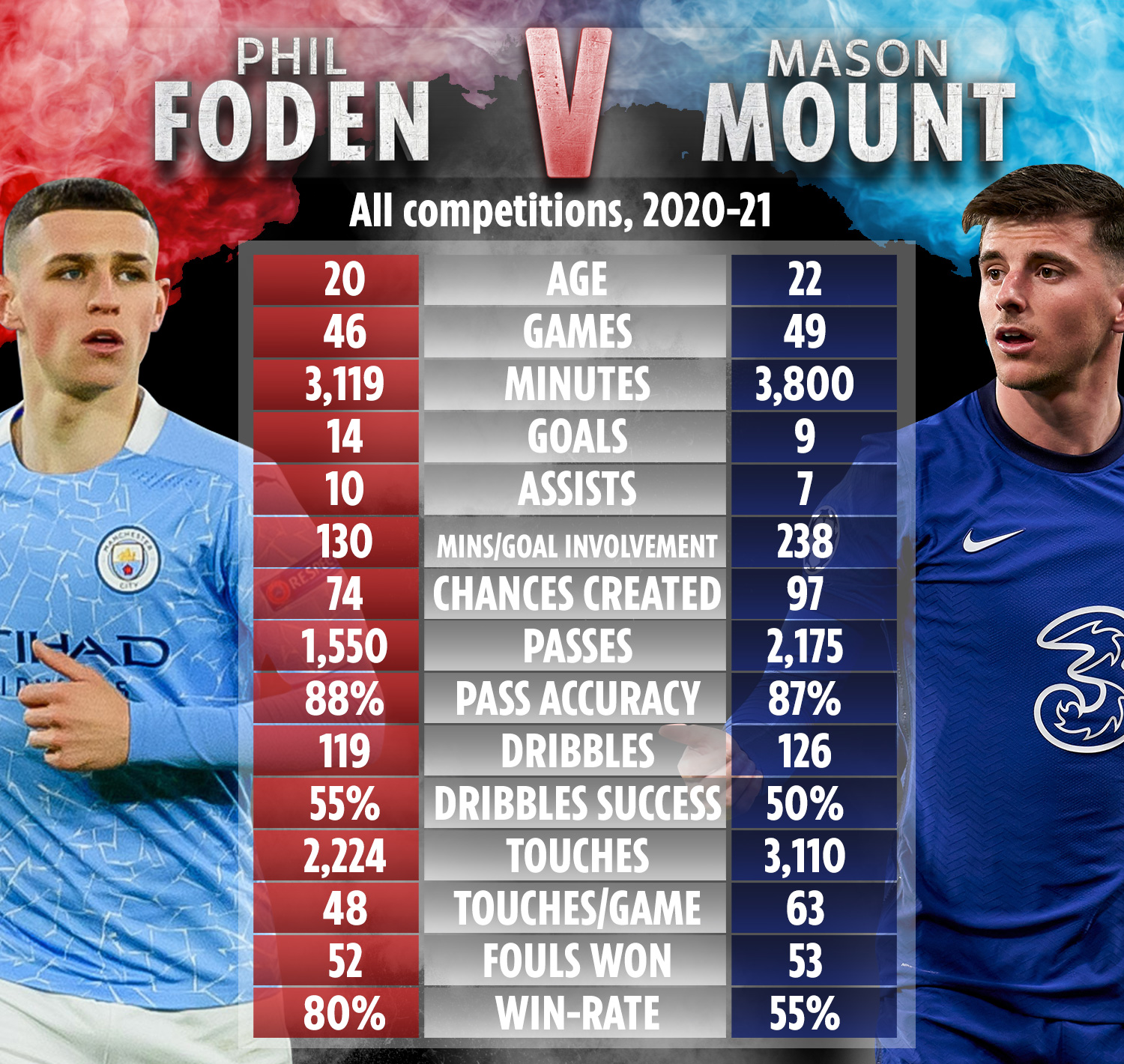 But after helping lead Chelsea and Manchester City to the Champions League final earlier this week, their stock has never been higher.

Mount, 22, and Foden, 20, have both been making waves for club and country.

The Chelsea man particularly is now a near-ever-present in Gareth Southgate's England squad.

Three Lions fans can sit back and just enjoy watching the midfield maestros strut their stuff week-in and week-out – now both undroppable for their clubs.

Manchester United legend Rio Ferdinand even went as far as saying the pair could be GOATs of the future.

Ferdinand told BT Sport: "I think Mason Mount and Phil Foden could be two of the best players in the world in the future.

"These players have the potential to be on the top table of world football."

But which of the pair has enjoyed the better 2020-21 campaign so far?

We've taken a look at both players' incredible stats across all competitions this season and it makes for incredible reading.

Both Mount and Foden have played nearly 50 times this season – with the Chelsea man leading 49 to 46.

Despite that, Foden has scored AND assisted more this season.

The City star has scored 14 times and laid on ten assists, with Mount chipping in with nine goals and seven assists. 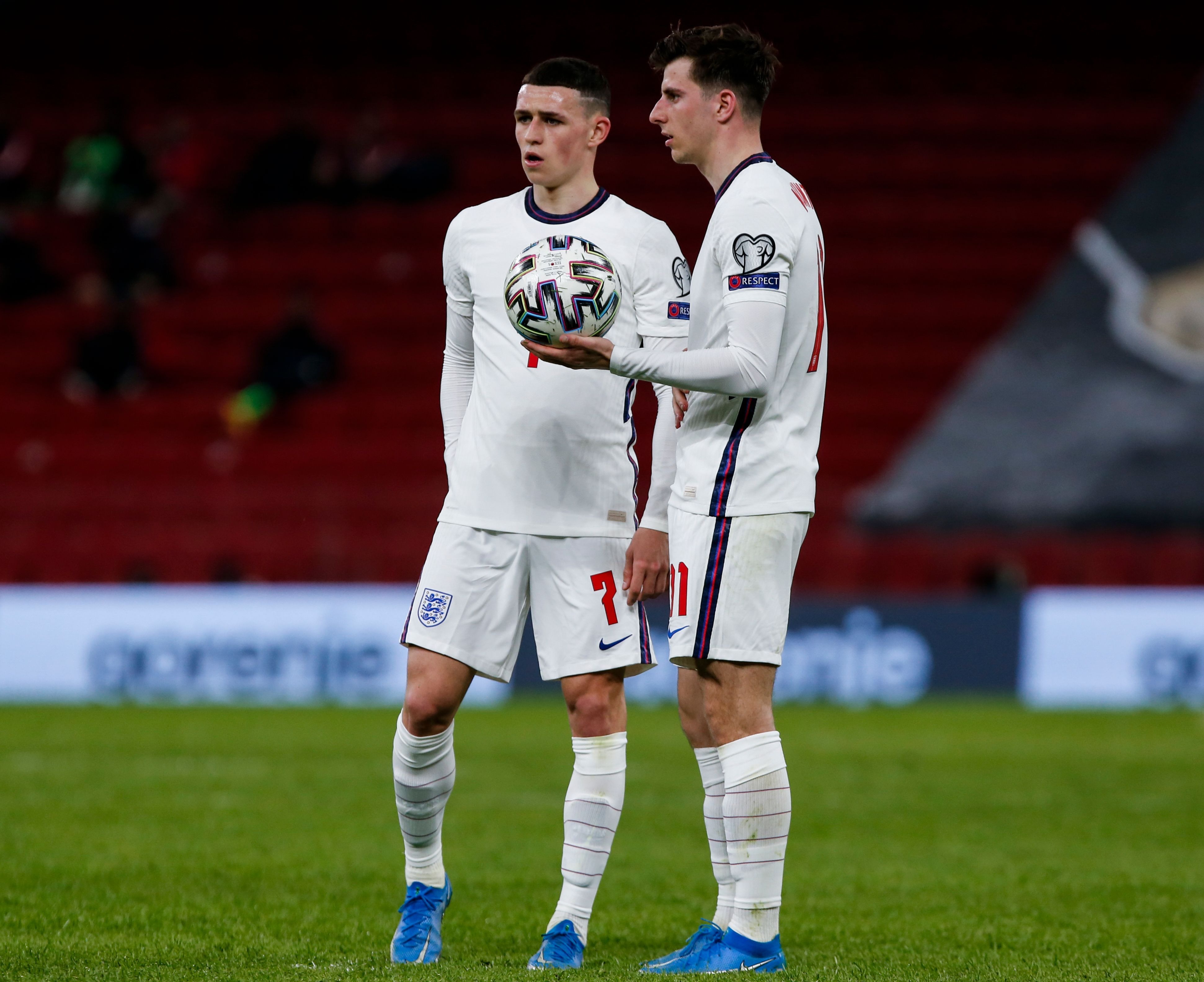 But Foden's passing accuracy is marginally higher at 88 per cent to Mount's 87 per cent.

The Chelsea man has attempted six dribbles more than the City star at 125 to 119.

However, Foden is completing them more often with a 55 per cent success rate to Mount's 50 per cent.

But the City man has enjoyed more team success, with a sky-high 80 per cent win rate when he's been in the team, with the Chelsea star coming out on top in 55 per cent of games.

Ultimately, it's too close to call across the board. Chelsea and Man City both have superstars for the next decade or more.

And so do England…