ANDREW REDMAYNE went from training as a barista and almost quitting football to becoming Australia's hero.

The Socceroos stopper has now been dubbed the “Grey Wiggle” for his famous dance moves during his penalty shootout heroics against Peru. 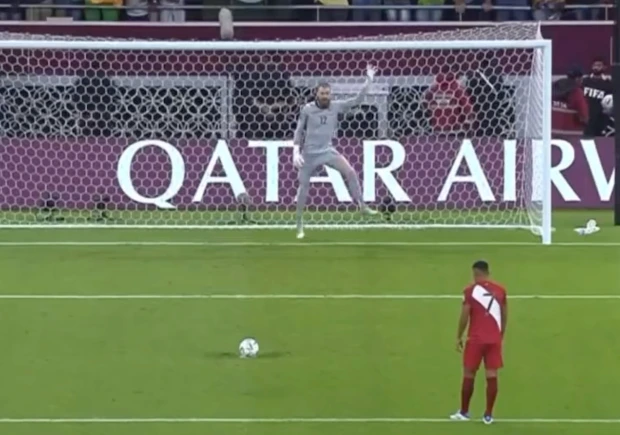 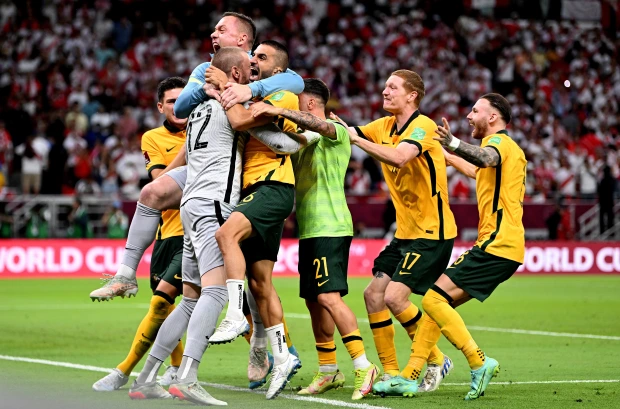 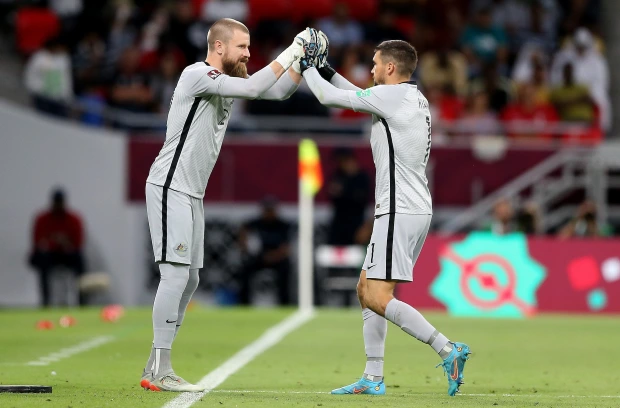 The 33-year-old was subbed on for captain, ex-Brighton and Arsenal goalkeeper, Maty Ryan in the 119th minute in a bold call by boss Graham Arnold.

He danced wildly across his line to put off Peru’s six spot-kick takers at the end of a drab 0-0 draw.

And his theatrics did the trick when bemused Alex Valera fired a poor effort which was easily saved as the Aussies won 5-4 on pens and booked a spot in the Qatar World Cup.

Australian children’s band The Wiggles have already come out and congratulated the country’s new hero. 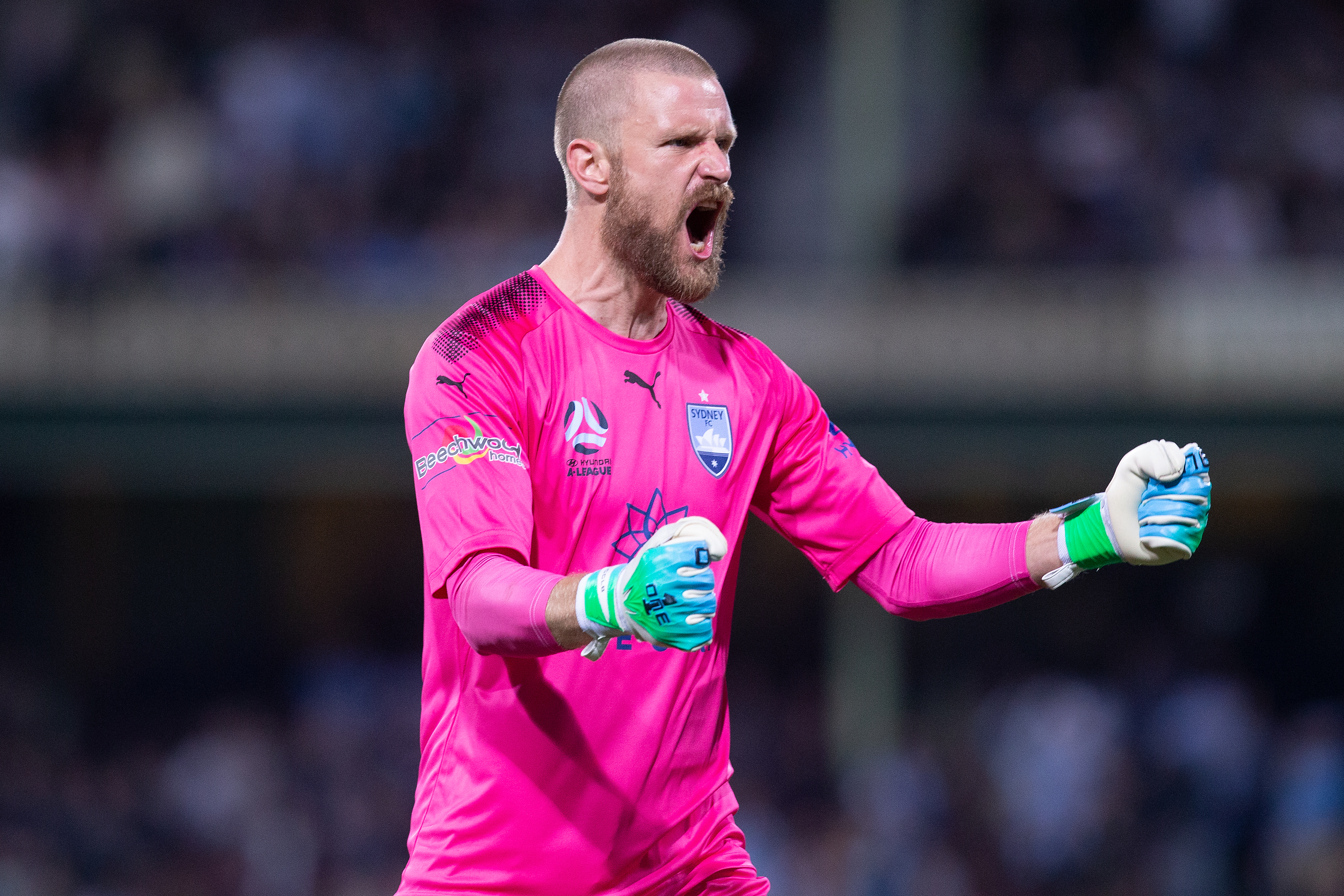 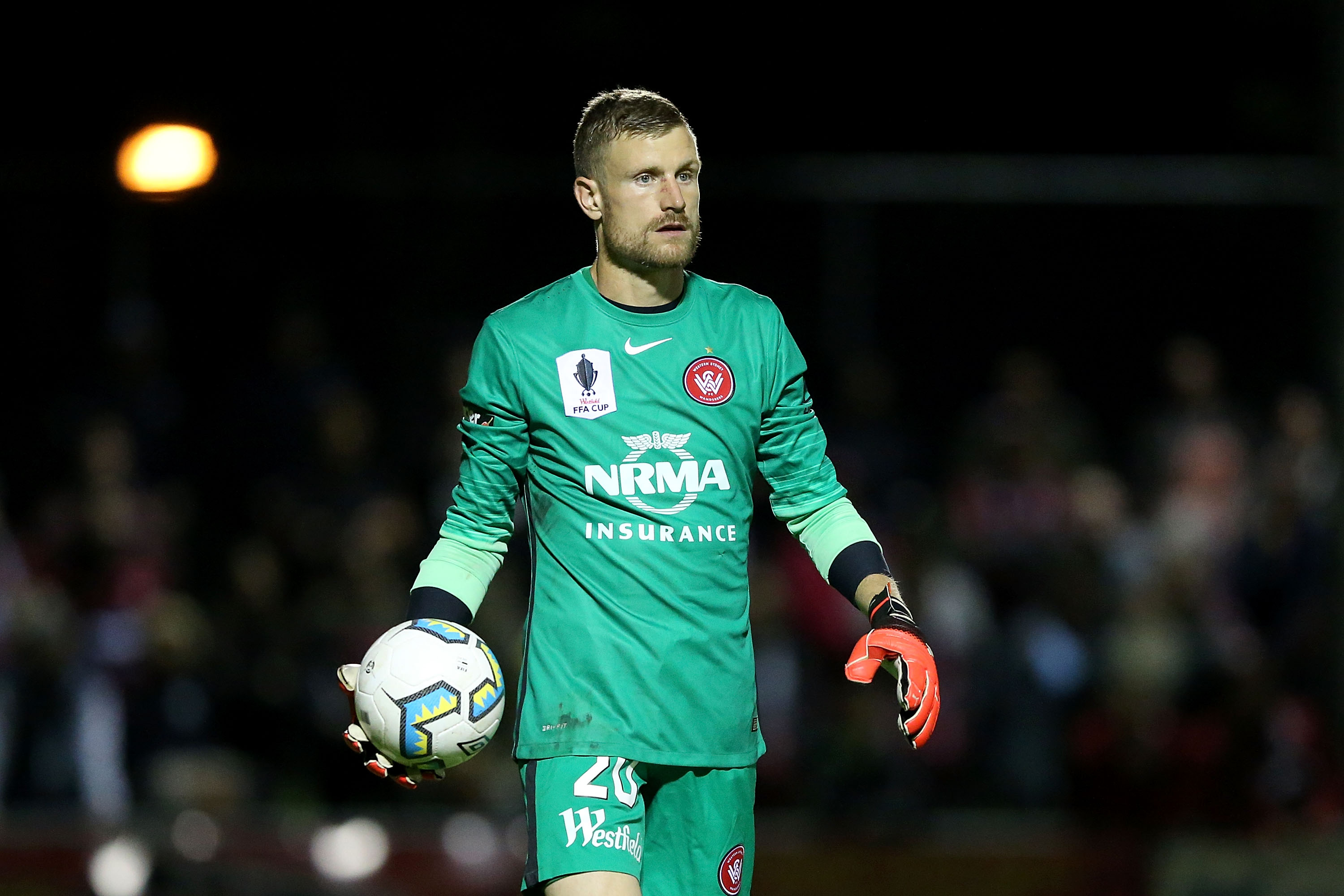 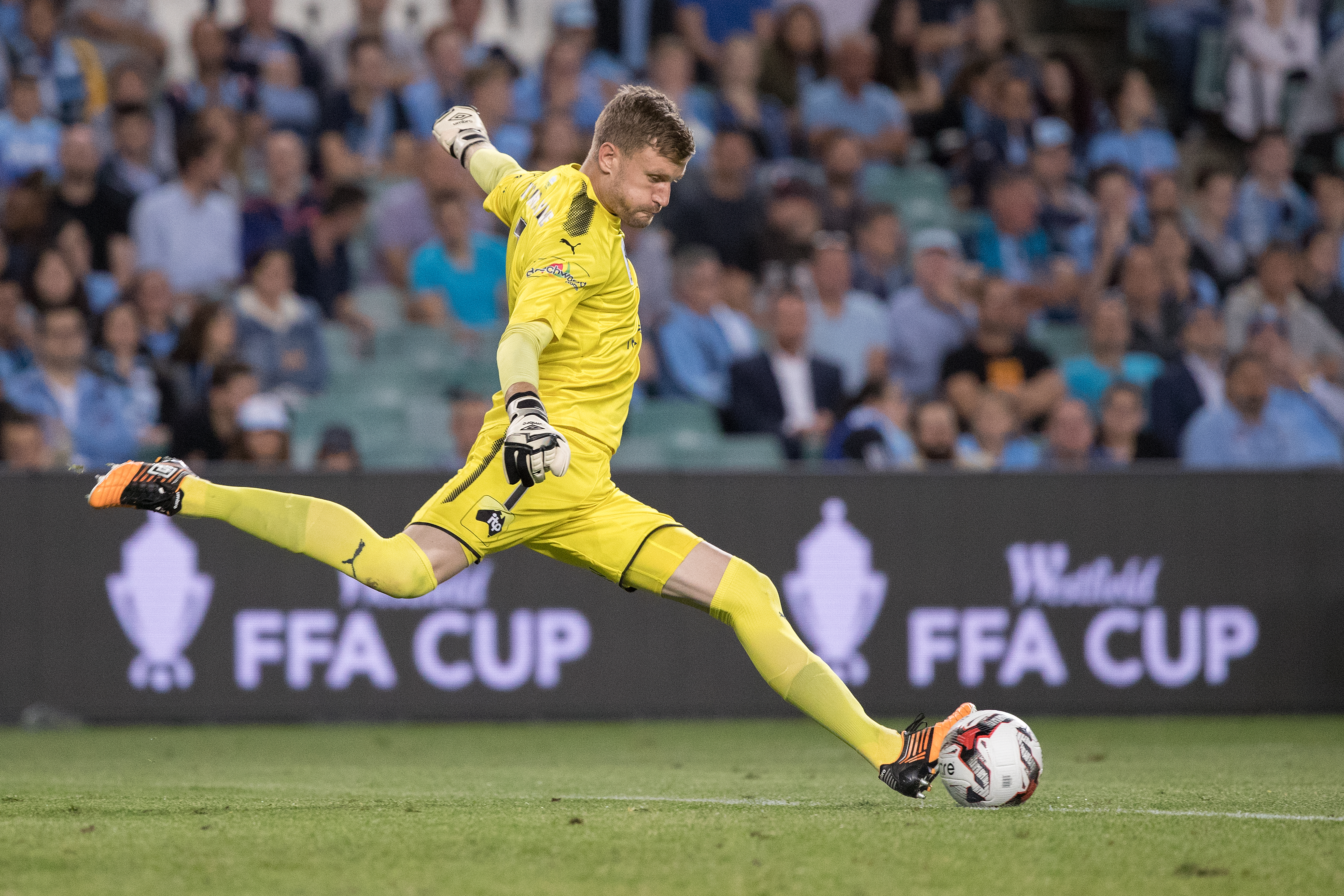 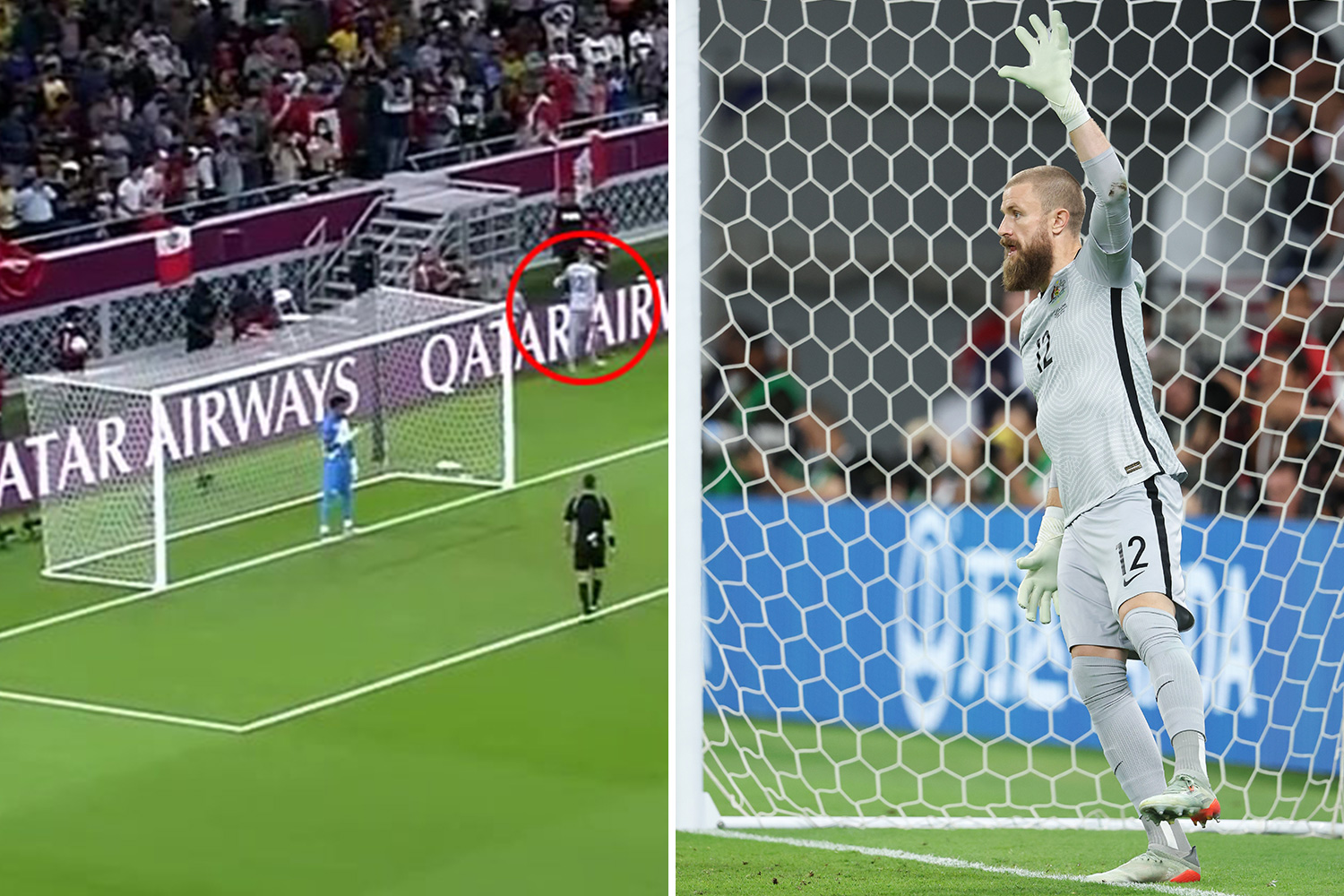 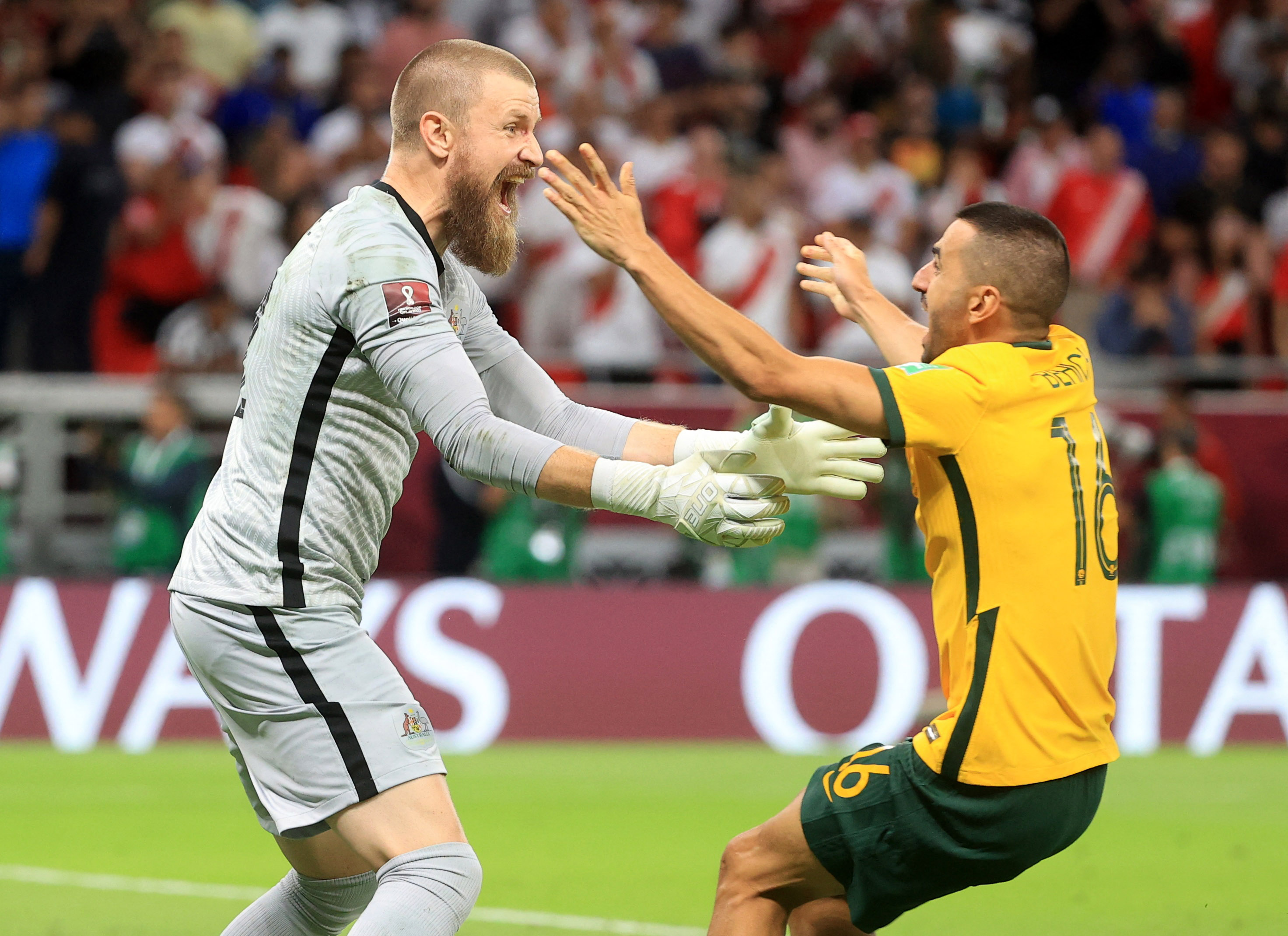 It may come as a shock to some that the Sydney FC stopper almost QUIT football at age 27 to work at a friend’s cafe.

He was fed up with the game and completed a barista course three years prior while at the Western Sydney Wanderers.

Redmayne had spent five years bouncing between five A-League clubs and his confidence was shot.

The keeper had planned to work in his pal’s cafe and finish his degree to then become a primary school teacher.

He said: “I consider myself a really hard worker and I was still working extremely hard but I just wasn’t enjoying it,

“I was going through the motions and it wasn’t sitting right with me.

“I was almost ready to retire, ready to walk away from the game. I was going to see out the length of my contract at the Wanderers and then just pour coffees and continue with my studies and that was going to be it.”

Back in 2005 Redmayne was selected as part of a New South Wales Institute of Sport side to play a friendly against Arsenal.

Redmayne impressed and the club was set to offer him a deal but chose to sign Polish starlet Wojciech Szczesny, who would go on to play over 190 Prem games for them.

When told about Redmayne's experience with the Arsenal academy and ultimate snubbing, Wenger said they should have signed him.

Wenger said: “If he was with us, we made a mistake,

“At the end of the day I would say their goalkeeper was man of the match.”

Redmayne received a lifeline from his former club Sydney FC to become a back-up to Danny Vukovic in January 2017.

He would go on to win three premierships, three championships and the A-League’s golden gloves as goalkeeper of the year in 2020 in a glittering career revival.

He was nicknamed the "Pink Wiggle" as he began wearing a hot pink strip, became a penalty saving specialist and used his bizarre dancing as a distraction.

“I haven’t saved [a penalty] my whole career and now I’ve saved four this year. I don’t know what’s going on."

In May 2019 he earned his first international call up and he would make just one more appearance for the national side before his heroics against Peru.

After the magical night he said: “They [Peru] would have prepared all week thinking Maty [Ryan] was going to be in goal.

“To put me on would have thrown them a little bit.” 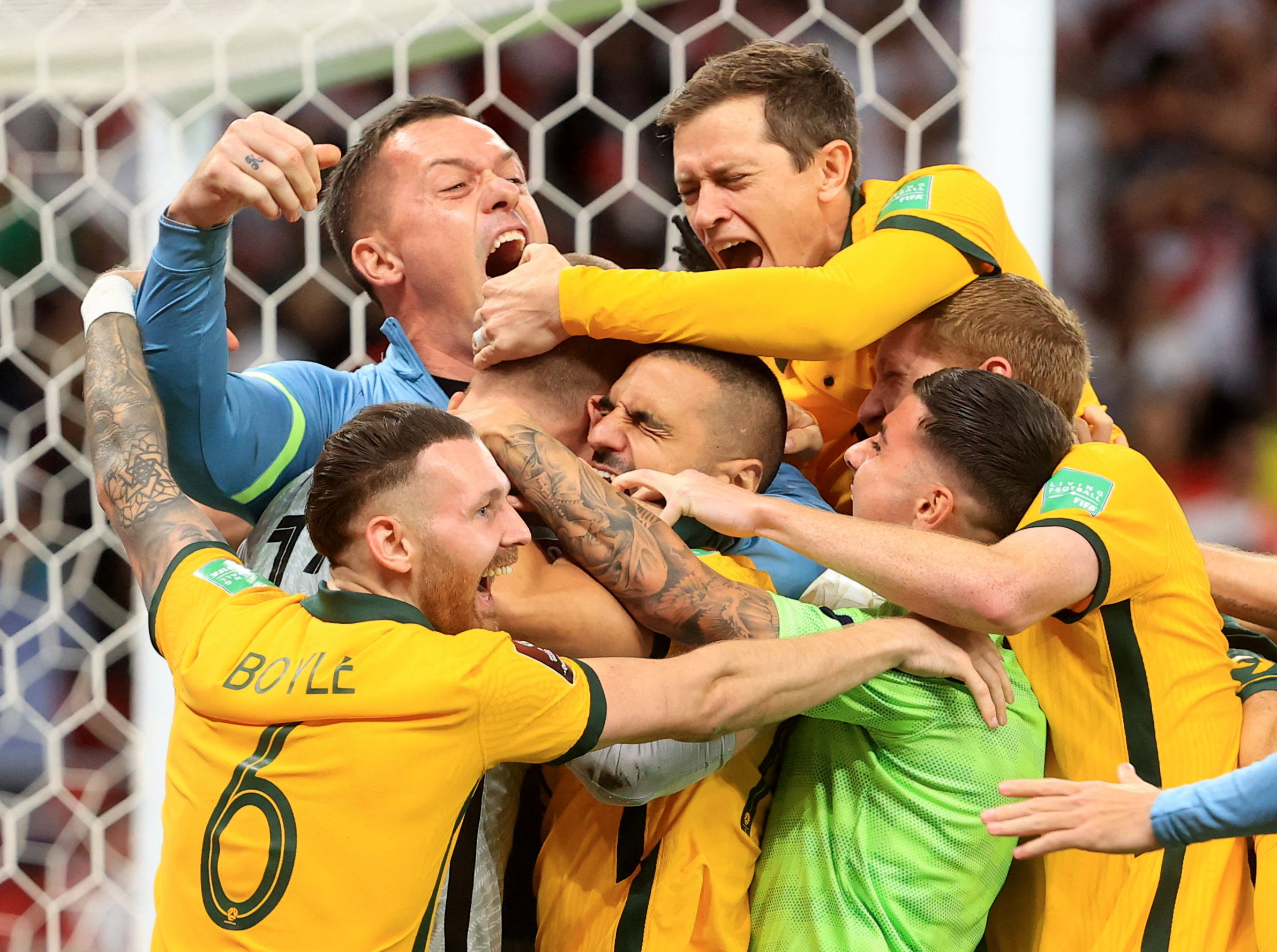 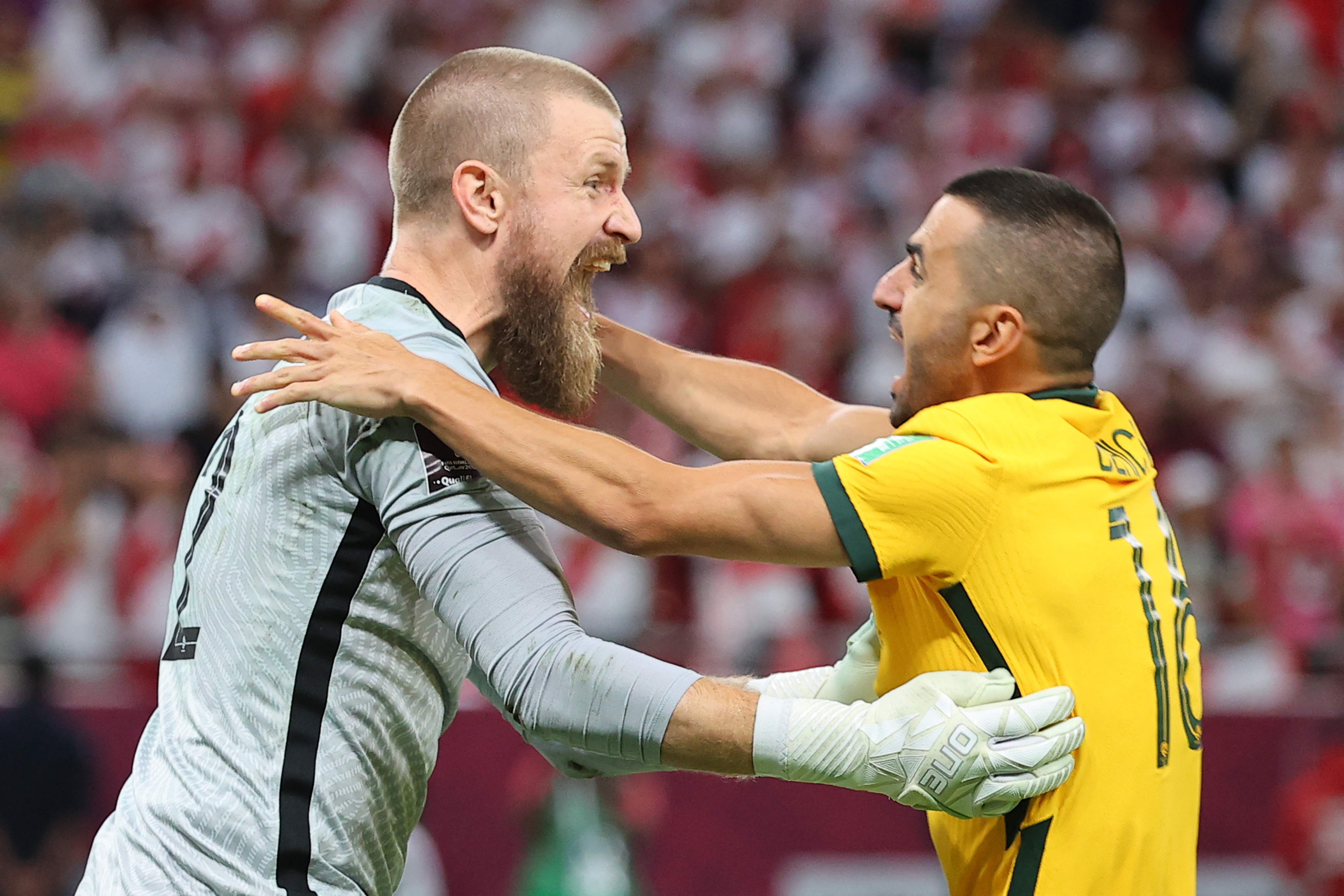 “I don’t think any of the players knew about it,

“A few clocked on at half-time because I went through a few drills to keep the eye in. Maty was full of support coming off and then just before penalties as well, he was pumping me up and getting me ready.

“When we were in a huddle he said ‘you’ve got this mate, this is all you’.”

His celebration after making the game-winning save has also gone viral as fans fell in love with the goalkeeper.

Instead of sprinting over to his teammates, Redmayne stood still grinning with his mouth wide open, turning his head from side to side.

The iconic celebration quickly sent social media into meltdown and fans couldn’t get enough of it.

Redmayne’s wife Caitlin has revealed his celebration was actually a face he pulls to their one-year-old daughter Poppy.

She said: “I must say that was a tribute to our little girl Poppy,

“That face of his that he pulls always lights up her face. I’m pretty sure that was for her, it wasn’t just him pulling that crazy face. That was pretty special. Look at that face, you couldn’t not love it.”