POTTERMAN can give Alan King another Bet365 Gold Cup (3.40 Sandown).

The canny trainer plotted Talkischeap to win this prize two years ago and has another big chance with this eight-year-old. He was going nicely in the Ladbrokes Trophy at Newbury when last seen before unseating late on 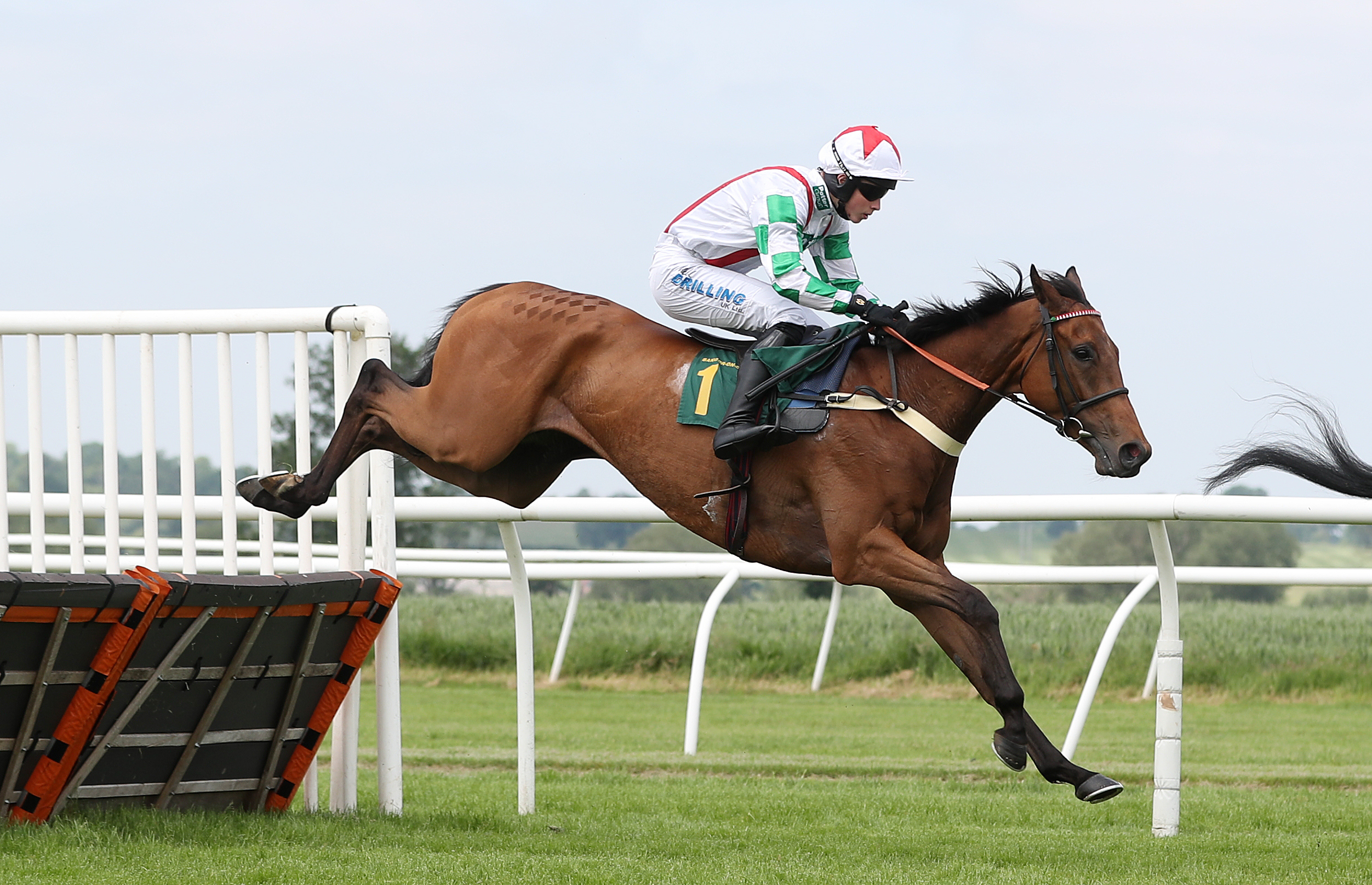 That was a rare mistake from this good jumper who showed his class with a short-head second in the Badger Beers Trophy at Wincanton in November. He has few miles on the clock so will be fresh for this challenge.

Rachael Blackmore and Henry De Bromhead come over from Ireland trying to plunder another big prize with Plan Of Attack. He was running a good race in the Kim Muir at Cheltenham before a late tumble.

It goes without saying that connections are in flying form and he’s a big threat.

El Presente and Enrilo are both capable of better and can have a say in the finish.

BETTING OFFER – GET £60 IN FREE BETS FOR SANDOWN

At a price, Doing Fine likes Sandown as he showed when winning the London National and could nick a place.

PARK life. Second in the 2019 Scottish National and has made the frame on all three runs here including in January. Solid effort when hitting the post again at Ascot last time. High in weights but stays and likes track so won’t be far away.

PICK Potter. Was running a mighty race in the Ladbrokes at Newbury before unseating late on. Rarely finishes out of the frame and was beaten in a photo for the Badger Beers Trophy at Wincanton before that. Has been kept fresh for today by Alan King who landed the last running of this. Major chance.

EL of a chance. Landed two good wins before Christmas and rusty on comeback at Ludlow last month but should be fitter for it. Stays well, solid jumper who likes the ground. Only 5lb higher than latest victory and has to be on the shortlist.

EN the mix. Two good wins either side of a tough Grade 1 assignment and he was value for further than half a length when scoring at Newbury last time after idling. He stays strongly and a 5lb rise looks fair enough. He has more to offer over fences and should see out this longer trip for in-form Paul Nicholls.

SMOOTH needs soft. Back to form when winning a veterans’ race at Carlisle after getting round in the Becher at Aintree and Haydock’s Grand National trial. Is a guaranteed stayer who jumps well but his best form has come in more testing ground. May find things happening too quickly but has place claims.

PROP forward. Looks to have been laid out for this after winning a lesser race easily at Taunton in November. Came back over hurdles last month and should be fitter for that outing. This is a hike in grade but the yard is finishing the season well and this isn’t the strongest renewal.

YOUNG too old. Won this in 2016 from 6lb higher mark and was second in 2019 but has gone in fits and starts since. Followed a solid Uttoxeter run with a poor effort at Perth last time out in August. Has gone well fresh before and likes the track but can’t be relied on.

CAP doesn’t fit. Pulled up over hurdles last time and still 17lb higher than last chase win. Stays three miles but this trip may stretch him. Yard has aimed him at this for a while but he must improve.

OWN Golan. Was always behind in the Midlands National last time but was fourth in a Grade 1 on Boxing Day at Kempton so has talent. It’s early days over fences but he’s only won a small-field novice event so far.

BIT Light. Back over fences with a gutsy win in good company at Kelso last time. That was over 3m2f and he shapes like a real stayer so can improve for this trip. A 4lb rise is fair and he looks capable of better again.

MASTER Plan. Superstars Blackmore and De Bromhead team up and that is enough in itself despite this eight-year-old falling in the Kim Muir at Cheltenham last time. He was going well until that late tumble and this trip clearly suits. Every chance off the same mark.

UNHAPPY as Larry. Pulled up over two miles after a break last time and best form, including around here, has been over shorter trips. Hard to fancy.

OUT of it. Struggled off this mark at Haydock last time after landing two small-field contests. Should stay but this looks too tough.

FINE hope. Out the back in the Midlands National but won the London National over course and distance before that. This is hotter opposition but his liking for the track makes him one of the better outsiders.

BOB off. Has been well beaten all starts this season and made mistakes at Ffos Las earlier this month. Lot on his plate again.

ESCAPE plan. Gutsy win at Chepstow over 3m4f last time so has no problem staying but shoots up in class here and needs plenty of improvement.

Celebrities
Fox News Flash top headlines for May 15 Fox News Flash top headlines are here. Check out what's clicking on...
Lifestyle
HOUSTON (AP) — A Texas man free on bond from a murder charge was returned to custody Monday after neighbors...
TV & Movies
James Martin’s Saturday Morning: Guest says she’s ‘still here’When you subscribe we will use the information you provide to send...
World News
More On: missing persons Court declares missing billionaire dead after 3 years Self-described ‘witch’ charged with murder in missing mom’s...
Beauty
Amazon deals is chock-full of deep discounts and markdowns on our favorite brands so you can find the best Amazon Mother's Day...
Fashion
Sponsored content. Us Weekly receives compensation for this article as well as for purchases made when you click on a...
Recent Posts