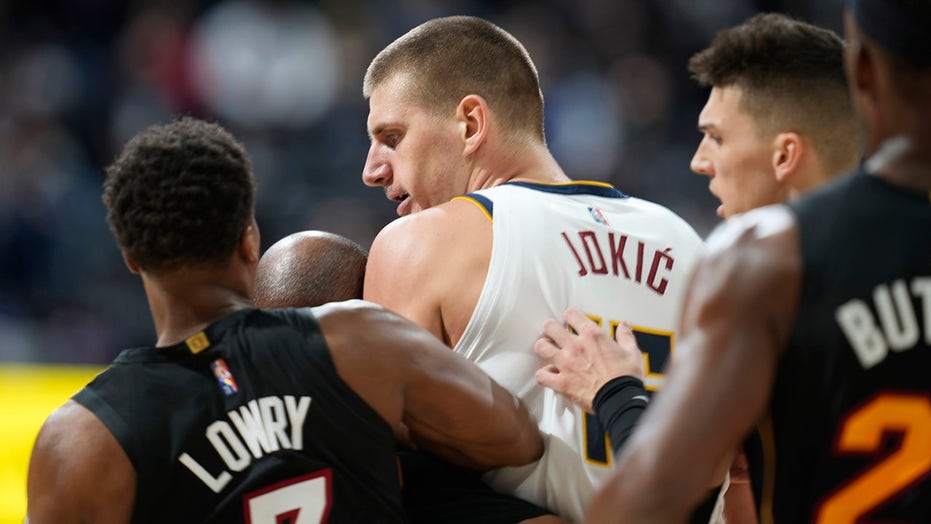 NBA legend Shaquille O’Neal had no issue with what Denver Nuggets center Nikola Jokic did to Miami Heat forward Markieff Morris during a game earlier this week.

Jokic was hit with a hard foul from Morris during the Nuggets and Heat’s game on Monday. Jokic then pushed Morris, who had his back turned, to the floor. The incident sparked a skirmish and a debate over whether the NBA MVP was in the wrong. 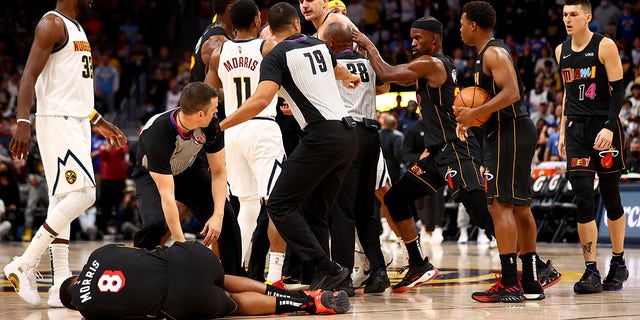 Markieff Morris #8 of the Miami Heat lays on the ground after being hit by Nikola Jokic #15 of the Denver Nuggets at Ball Arena on Nov. 8, 2021 in Denver, Colorado.
(Jamie Schwaberow/Getty Images) 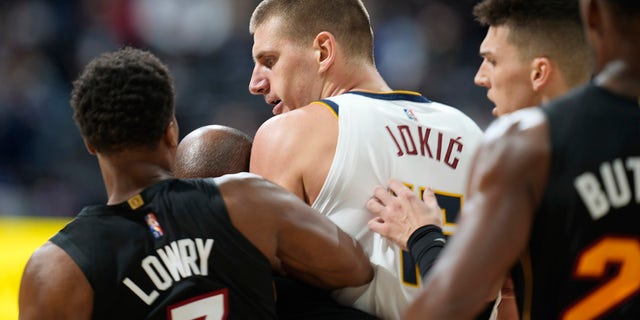 Denver Nuggets center Nikola Jokic, center, is restrained by Miami Heat guards Kyle Lowry, left, and Tyler Herro after knocking over Heat forward Markieff Morris during a scrum in the second half of an NBA basketball game Monday, Nov. 8, 2021, in Denver. Jokic was ejected, Morris assessed a personal foul for his part in the altercation.
(AP Photo/David Zalubowski)

“As a big guy, when a little guy hits you, you gotta touch him back. I have no problem with what the Joker did. I actually like it as a big guy. You have these guys fouling, he hit him intentionally, so what do you do as a big guy? You go hit him back. But when you hit me, don’t turn your head because it’s coming.”

Jokic called the incident a “stupid play” and said he felt bad over it. 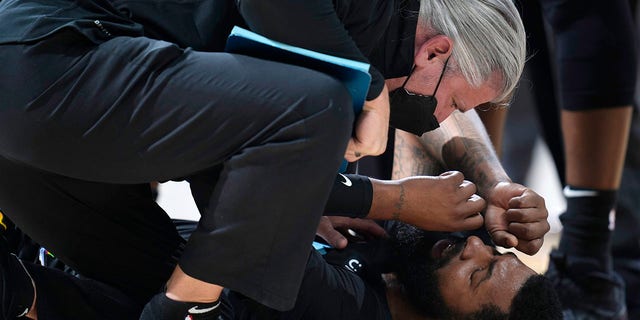 Miami Heat forward Markieff Morris, bottom, is attended to after being in an altercation with Denver Nuggets center Nikola Jokic in the second half of an NBA basketball game Monday, Nov. 8, 2021, in Denver. Morris walked off the court after being examined and Jokic was ejected.
(AP Photo/David Zalubowski)

Morris was fined $50,000 for his role in the incident and Jimmy Butler was fined $30,000 fine for “attempting to escalate the altercation and failing to comply with an NBA Security interview as part of the review process pertaining to an on-court matter,” the NBA said.

The two teams are set to meet again in Miami on Nov. 29.