QATARI officials have seized a Brazilian fan’s flag after mistaking it for the LGBTQ rainbow.

The dispute happened outside the Lusail Stadium, Doha, after Saudi Arabia shocked the footballing world by beating Argentina yesterday. 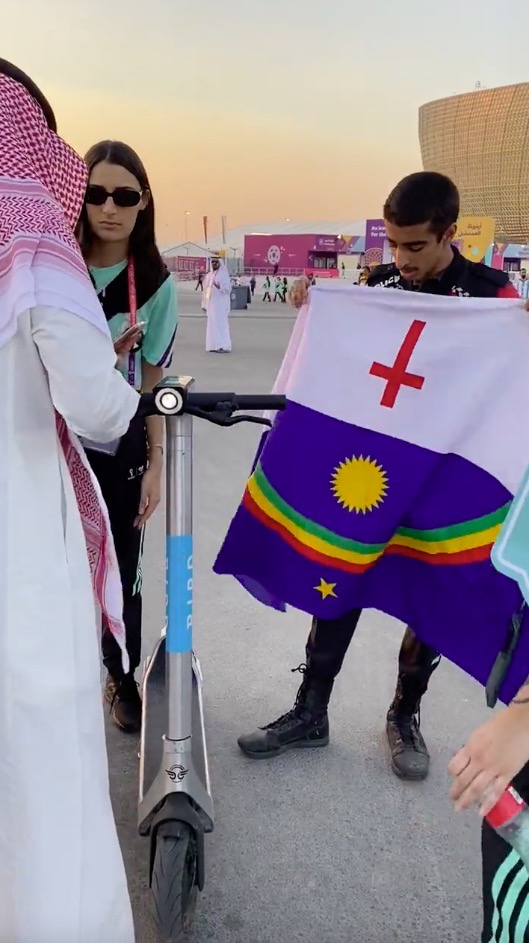 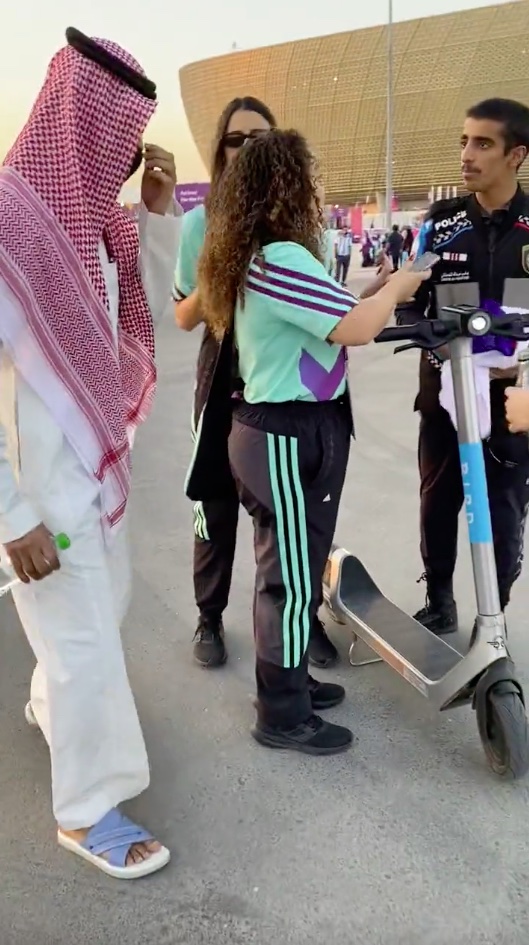 The fans, known as the Samba Boys, were carrying the Pernambuco State flag outside the stadium when they were approached by officials.

The flag has a rainbow on it, but the officials thought it was a LGBTQ flag and subsequently seized the item, and allegedly threw it on the ground and stomped on it.

The flag was being carried by Brazilian journalist Victor Pereira and a friend.

He claimed Qatari officials confiscated his mobile phone until he agreed to delete a video he took of the incident. 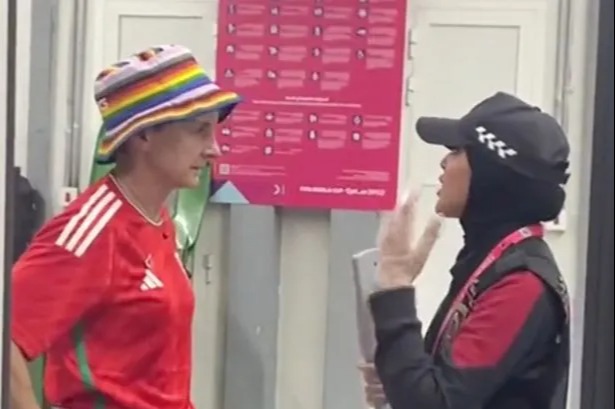 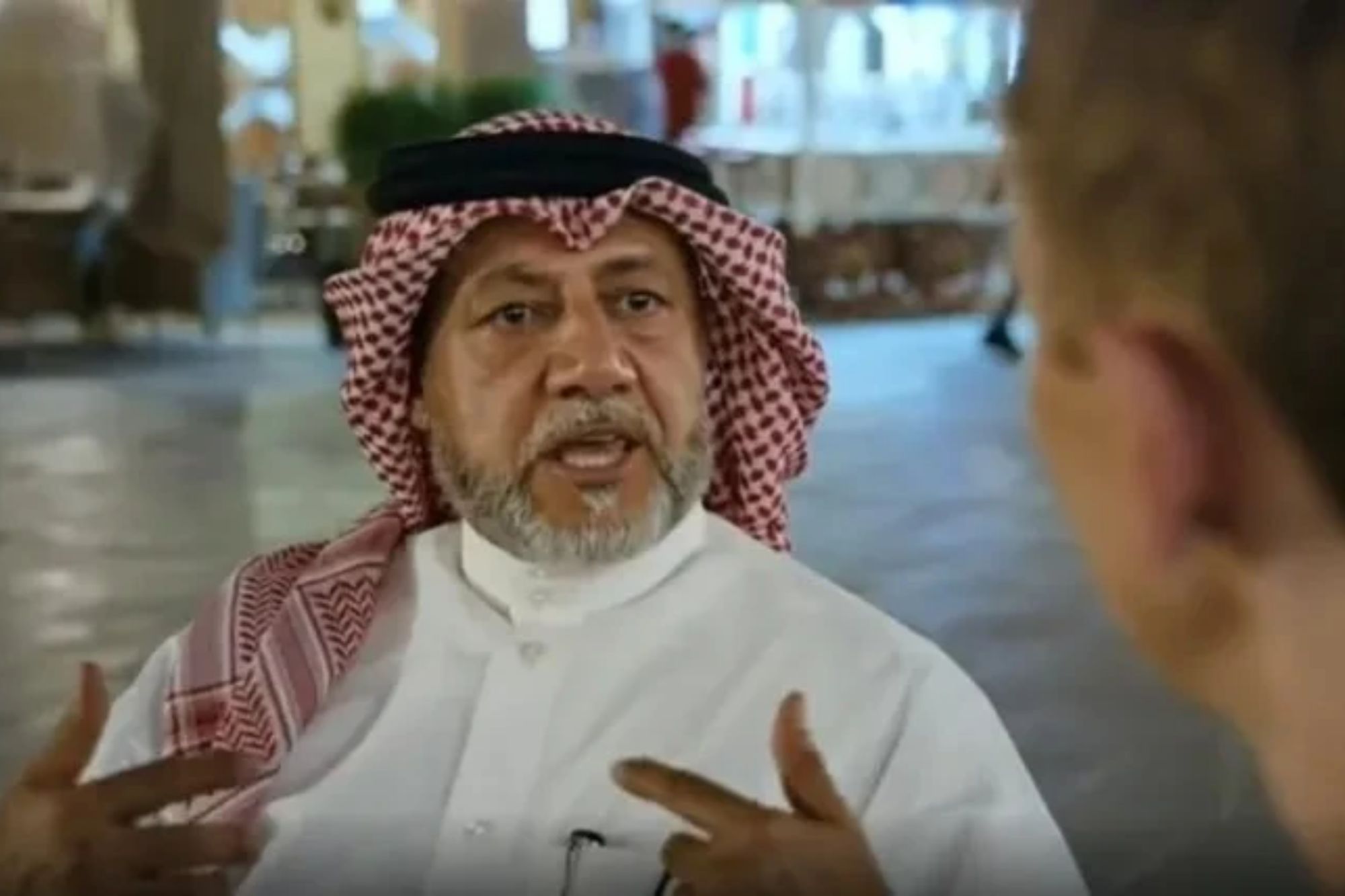 However, he managed to film several other scenes of the stadium row with Qatari officials.

In one viral clip viewed more than one million times on Twitter, Pereira says: “Guys, I'm nervous, shaking in fact, because we had a Pernambuco flag.”

“I'm shaking, because I was attacked by some Qatari officials, people with that outfit, and also police officers.

“They came up to the women thinking it was an LGBT flag, but in fact, it's just the flag of Pernambuco.

“I went to film it and they took my phone. They just gave it back to me after forcing me to delete the video I took.”

“The guy took the Pernambuco flag, threw it on the ground, and stepped on it. My reaction was to take out my phone and record absolutely everything.”

In Qatar, same-sex relationships are punishable by imprisonment or death.

The conservative measures have shun a light on LGBTQ+ rights, which have been at the centre of controversies around the World Cup.

Eventually, bystanders intervened and calmed down the situation following the flag incident.

“They said they had no right to do what they did and, if I wanted, I could report it inside, because we were close to two towers that have cameras and the guy can be identified. I'm trying to do that, but it's all very complicated.”

The incident was reported to Fifa officials.

Fans attending the 2022 World Cup have mostly been behaved, one excited Saudia Arabian fan celebrated his country’s win over Argentina by ripping his door off.

Other fans were left devastated as Lionel Messi failed to get his team across the line in Argentina’s opening game. 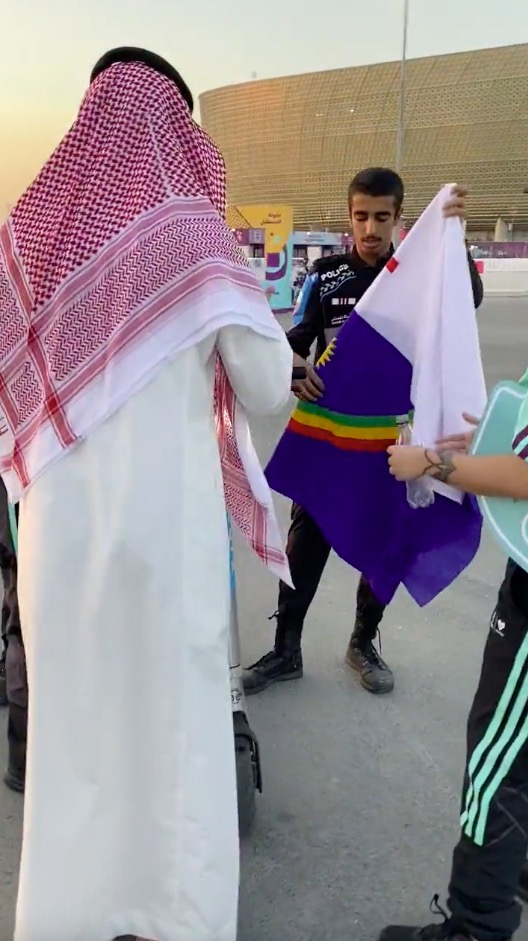