THIS is the shocking moment an NFL fan took a savage beating during a pre-season game between the LA Rams and LA Chargers on Sunday.

Three man unleashed a barrage of punches when a fight erupted after a woman threw a beer during a furious exchange of words. 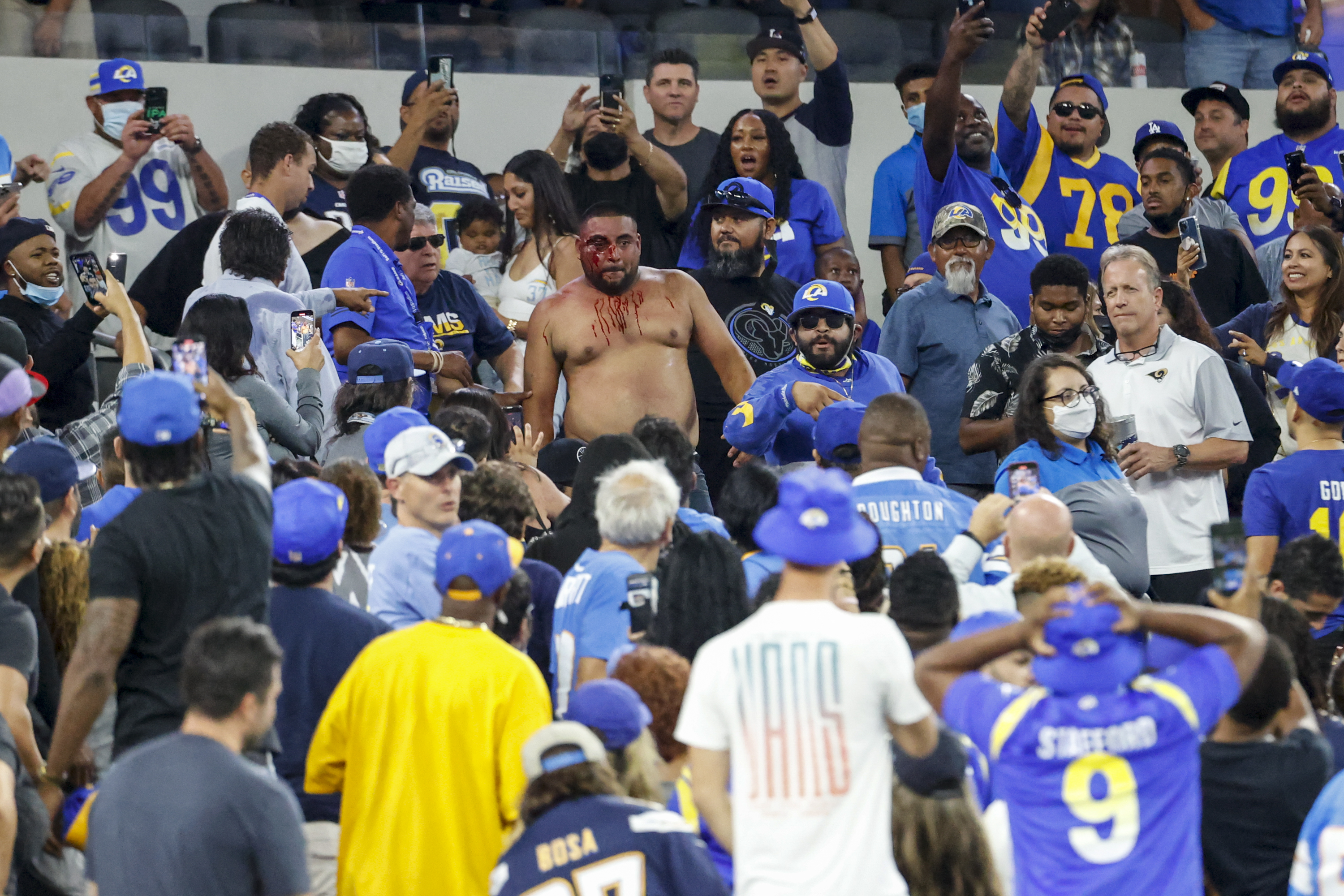 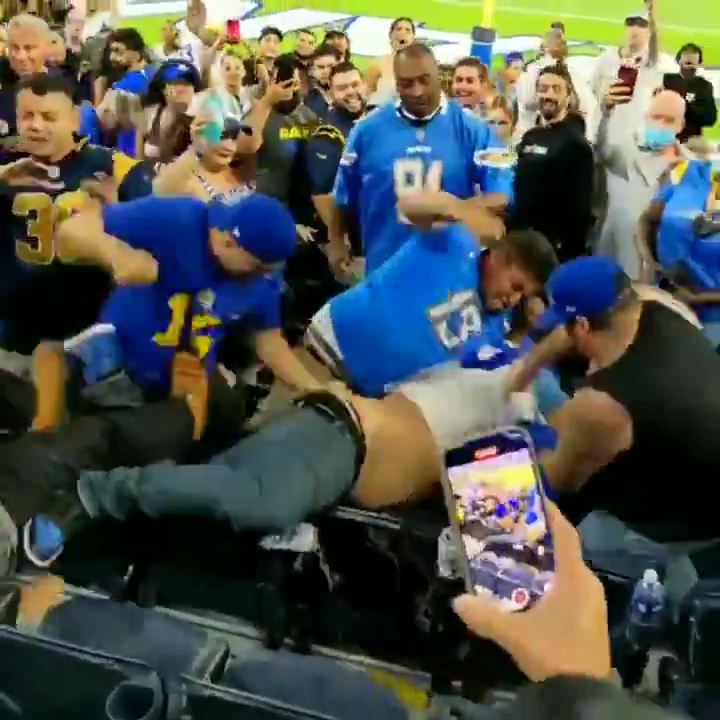 Footage filmed inside the So-Fi stadium in California showed the fans of opposing teams yelling at each other before things turned violent.

The larger man dressed in a grey Rams jersey can be seen angrily gesticulating and squaring up to the three men in Chargers gear.

He took a swipe at the trio as one of them yelled back.

After a period of gesturing and shouting, the Rams fan turned his back on the group as a woman behind the trio launched a beer at him.

This appeared to infuriate him and he turned around and threw the first punch.

He unleashed a flurry of punches as a brawl erupted.

A few of his blows connected before the trio hit back. He was pulled over the seats in front and the men let loose.

Two started hitting him in the torso and head as the other weirdly decided to focus on his bum.

More beer was thrown as the stricken man tried to get up and the woman who started it could also be seen getting in a couple of whacks.

He eventually dragged himself away and fell into two other men who were scrapping nearby.

The men were finally separated and images show the Rams fans shirtless and covered in blood. 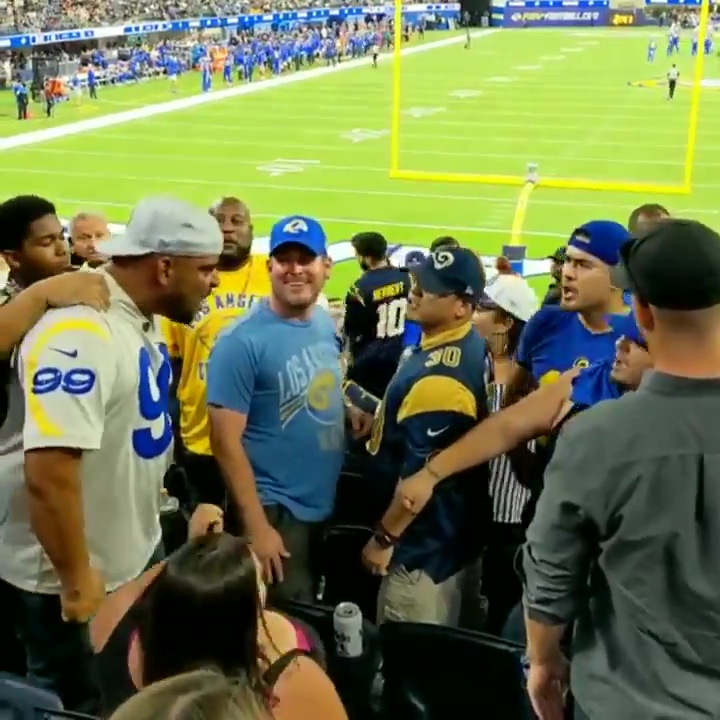 He had a particularly battered looking right eye but managed to walk away from the bust-up.

The Chargers beat their local rivals 13-6 ahead of their NFL season opener on September 12 against Washington.

The Rams face the Chicago Bears the day after.