GARETH SOUTHGATE admits he needs to find another tactical masterplan to paper over the cracks in England’s young side.

At the World Cup in Russia, Southgate took one of England’s most inexperienced squads ever to a major tournament and went all the way to the semi-finals. 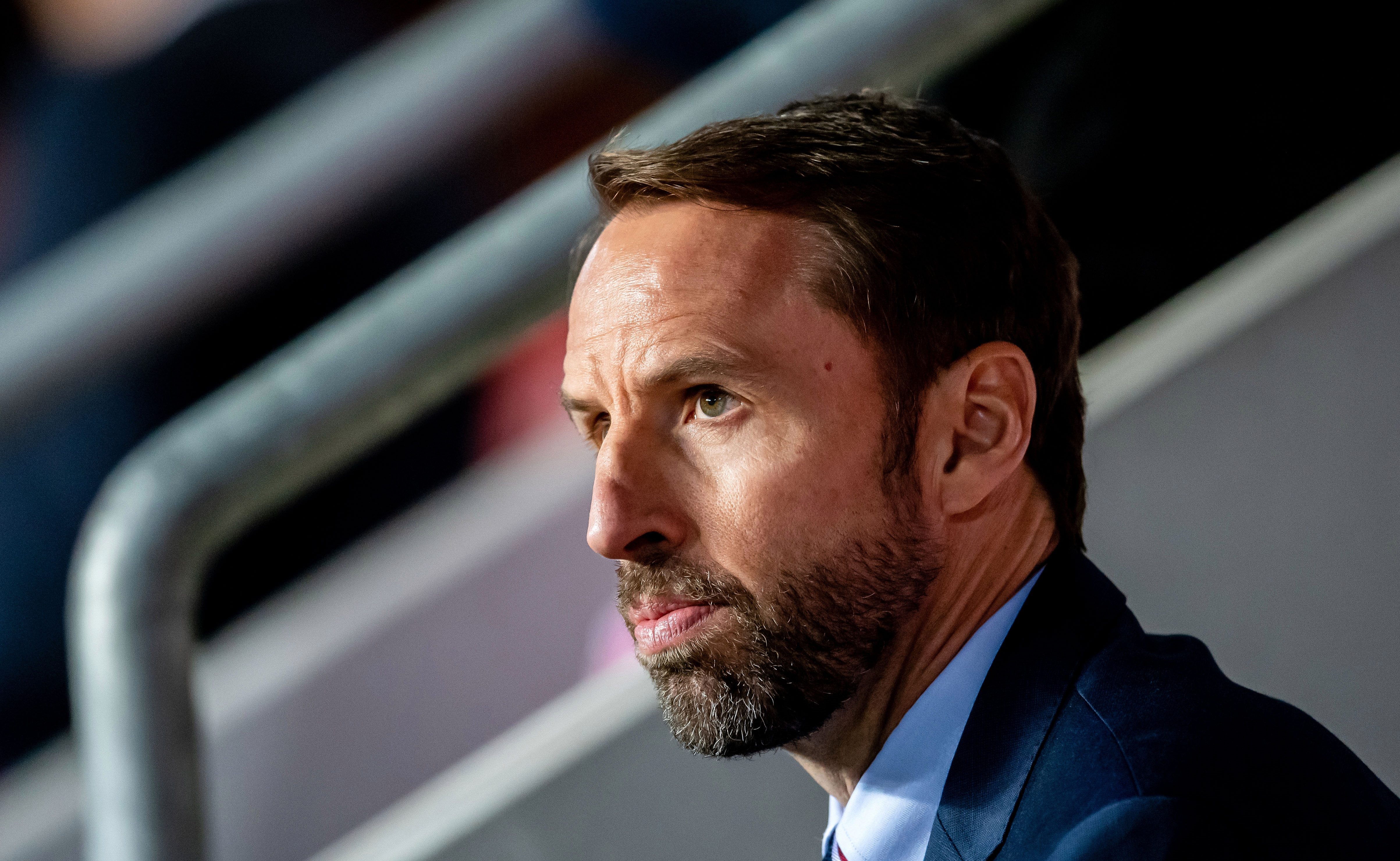 Now the Three Lions boss admits he will probably need to pull another rabbit out of the hat to shepherd his new crop of youngsters to the latter stages of Euro 2020.

Southgate, whose side lost 2-1 in the Czech Republic on Friday night, said: “To be a really top team, with players with experience of winning the biggest matches, we’re still some way from that.

“But we found a way to progress through the World Cup with what was a relatively inexperienced team and that’s what we’re always trying to do — to find solutions to bringing good players through.

“The reality of football is you’re not going to cruise through a qualifying campaign like we have unless you’re a super-experienced team who have a constant high level of performance.

“So, we have to keep reflecting on what’s working, what’s possible and learn from every experience we have.

“We’ll learn a lot from the game in Prague. We’d had straightforward games that hadn’t challenged us.

“That game was a proper test and we didn’t come through it, so it’d be naive not to take the lessons from what we’ve seen on the pitch.”

ALL OVER THE PLACE

What most people saw on the pitch in the Czech capital — in the first half at least — was an England side all over the place.

Southgate’s experiment with a new 4-2-3-1 formation was such a flop that at half-time he went back to the 4-3-3 which had been so successful in the four crushing victories of the qualification campaign.

With Mason Mount playing almost alongside Harry Kane up top, there was a huge gap between him, Jordan Henderson and Declan Rice that the Czechs filled with relish.

England’s wide men were starved of the ball and the formation – or the way the players executed it – invited pressure.

Southgate said: “It didn’t make us any more solid without the ball.

“We were no more secure and we didn’t use the ball as often until we switched back at half-time, so I’m glad we’ve had a look at it.

“The first half was disappointing in terms of the performance. Ultimately, when you haven’t played well and you concede as many chances as we have, then you’ve got to try to get out of the game with a draw.

“Through most of the second half, it looked like at least we would do that. That makes it even more disappointing to leave with nothing.”

Formations and tactics are all very well, but when you defend as badly as England did in Prague, you leave yourself open to sucker punches like 30-year-old international debutant Zdenek Ondrasek’s late winner.

Southgate can stay with the 4-3-3 in Sofia and restore Trent Alexander-Arnold and Ben Chilwell to the full-back roles.

To replace the out-of-sorts Michael Keane, however, he would either have to bring in Joe Gomez, who has not played much for Liverpool recently, or give a senior debut to one of Tyrone Mings or Fikayo Tomori.

The lack of in-form, experienced centre-halves will prevent England reverting to the three at the back system that served them well in Russia.

But Southgate won’t rule that out in the longer term.

The England head coach said: “I think we are in a difficult situation in terms of the players that have played international football with us in that area of the pitch and who are playing regularly with their clubs.

“So, that’s part of the reason we didn’t do that against the Czechs.

“It’s certainly something we have considered and I don’t think we can dismiss. I’m not sure, ahead of Monday, if that’s the right thing to do but we’re very aware and assessing those things.”

England’s recent vulnerability at set-pieces was obvious again in Prague, and not just for the Czech equaliser that came from a corner.

“In my view, although we were far from perfect in that area, that wasn’t the biggest problem we had.

“We didn’t play well enough in our general play, with or without the ball, certainly in the first half.”

Harry Winks may be given another chance against Bulgaria to show that he is the man to knit play together in England’s midfield.

Southgate said: “He has to be in consideration, and we’ve got to assess one or two injuries as well.

“We’ve got some good players in the squad, and the performance in Prague certainly wasn’t at the level we needed.

“So, of course we’ve got to think about where we might want to make those changes.”

In the medium term, Southgate has a bigger challenge.

In the words of the song, football’s coming home again next summer. 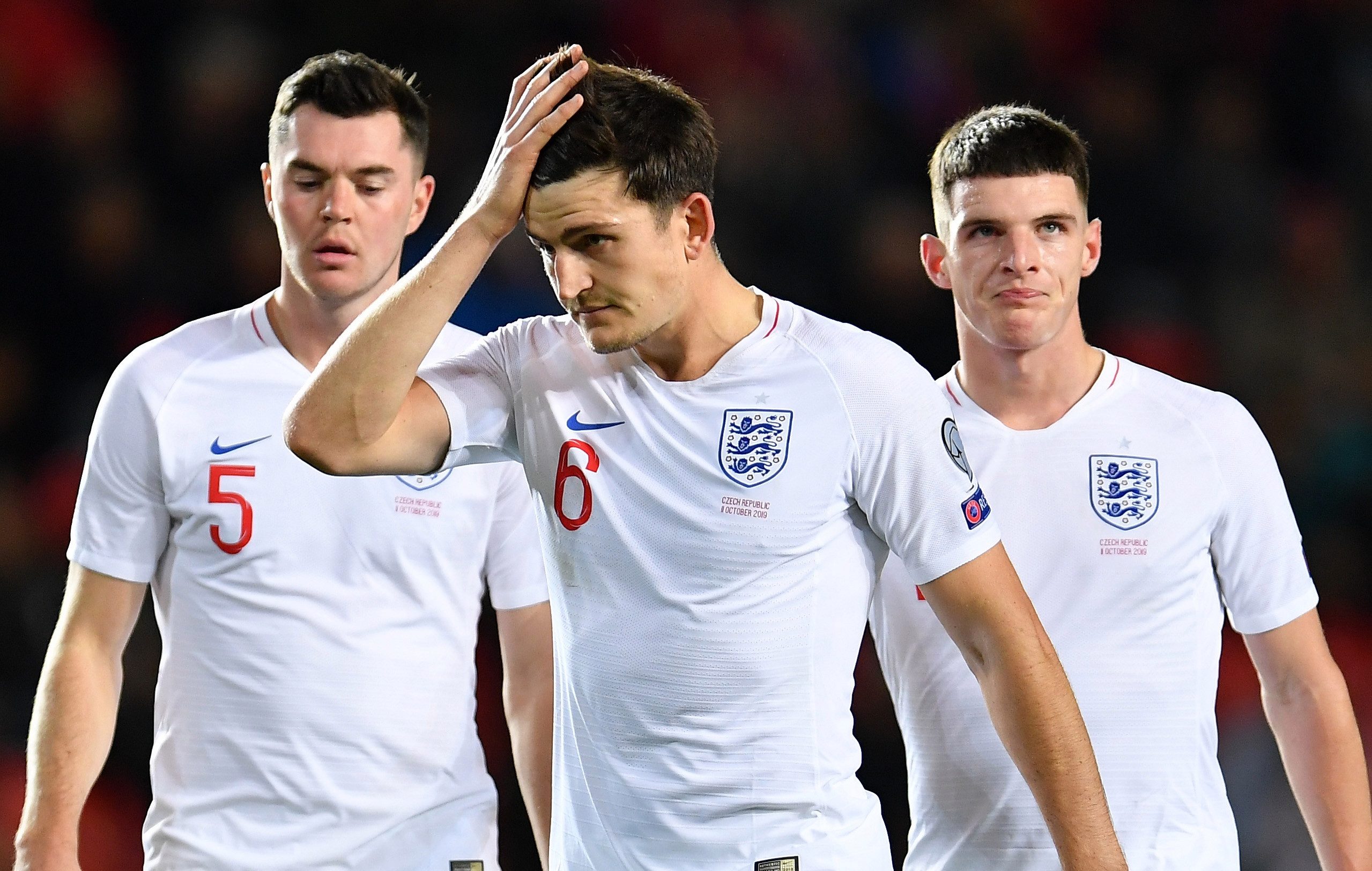 The England fans unfurled a massive banner with the words “Never Stopped Me Dreaming” before the game in Prague.

The man whose missed penalty at Euro 96 ended one dream will have to find a way to keep another alive.

And as Southgate himself said twice after Friday night’s setback, he is under no illusions about the size of that task.