Taylor suffered the injury in the fourth quarter of the tight game. He was down for a while and the Seahawks medical personnel called for the cart to take him off the field. Taylor’s head and neck were stabilized and he was placed on a backboard as players from both teams gathered around him. 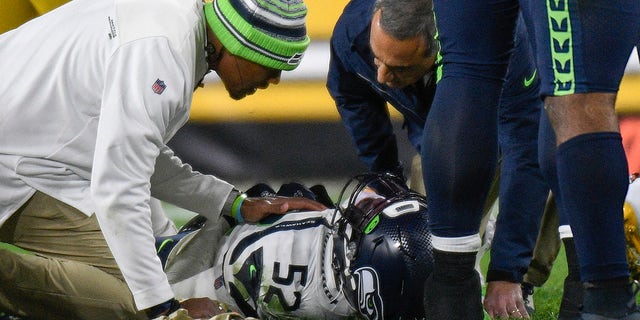 Seattle Seahawks defensive end Darrell Taylor (52) lays on the ground and is tended after being injured during the second half an NFL football game against the Pittsburgh Steelers, Sunday, Oct. 17, 2021, in Pittsburgh.
(AP Photo/Don Wright) 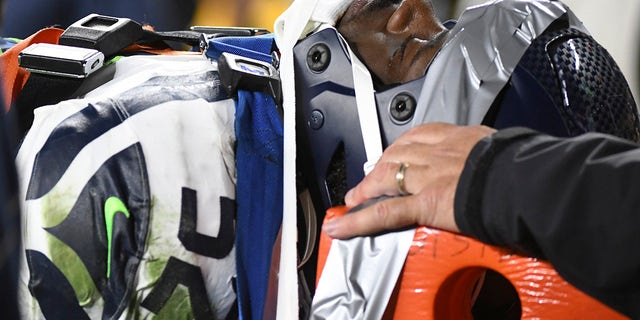 Seattle Seahawks defensive end Darrell Taylor (52) is carted off the field after being injured during the second half an NFL football game against the Pittsburgh Steelers, Sunday, Oct. 17, 2021, in Pittsburgh.
(AP Photo/Fred Vuich) 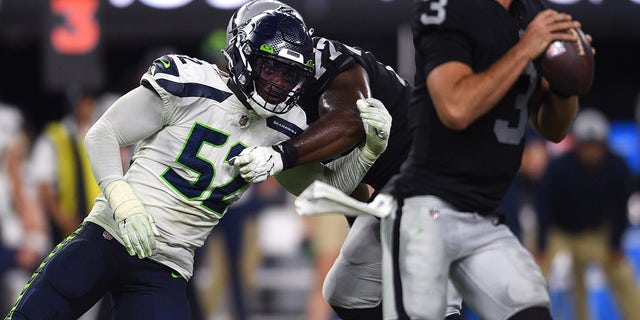 He played in each of the team’s five games this season. He came into Sunday with four sacks, a forced fumbles and 12 total tackles.

NBC’s Michelle Tafoya said Taylor was moving all of his extremities and was on his way to the hospital. 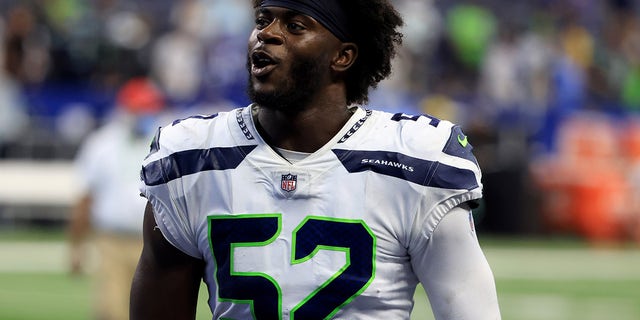 Darrell Taylor #52 of the Seattle Seahawks walks off the field after the game against the Indianapolis Colts at Lucas Oil Stadium on September 12, 2021 in Indianapolis, Indiana.
(Photo by Justin Casterline/Getty Images)

The game was tied 17-17 heading into the 2-minute warning. Steelers kicker Chris Boswell would nail a long field goal to put the Steelers up three points with 1:29 to go in the game.

Seahawks would tie the game, but lose in overtime 23-20.