PAUL CASEY will lead the great British and Irish medal chase in tomorrow’s final round of the Olympic golf competition after a typically dramatic moving day in Tokyo.

Casey and GB team-mate Tommy Fleetwood are both in the top ten, along with the Irish duo of Rory McIlroy and Shane Lowry, and it looks odds-on that the medal winners will come from the men on ten under or better. 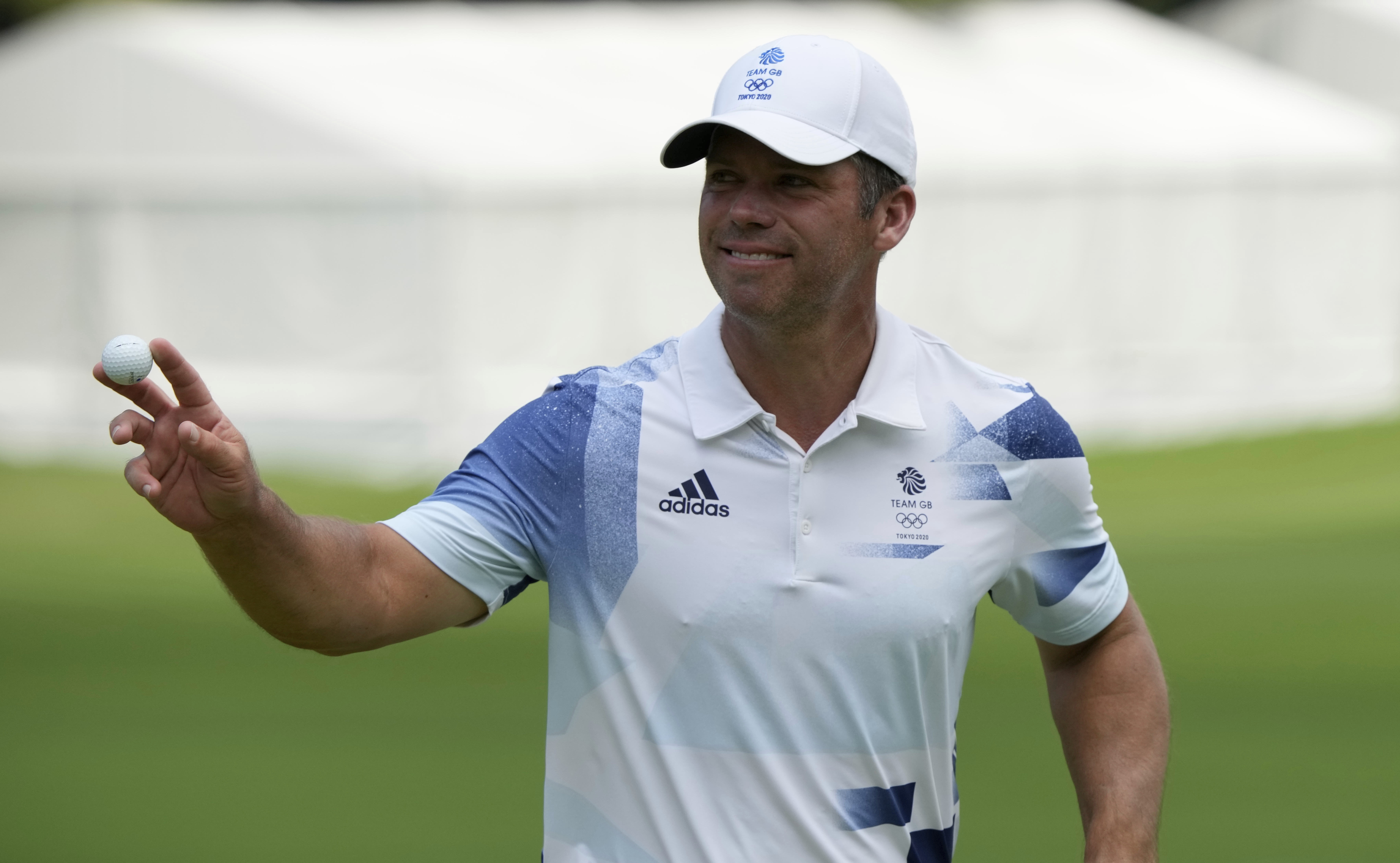 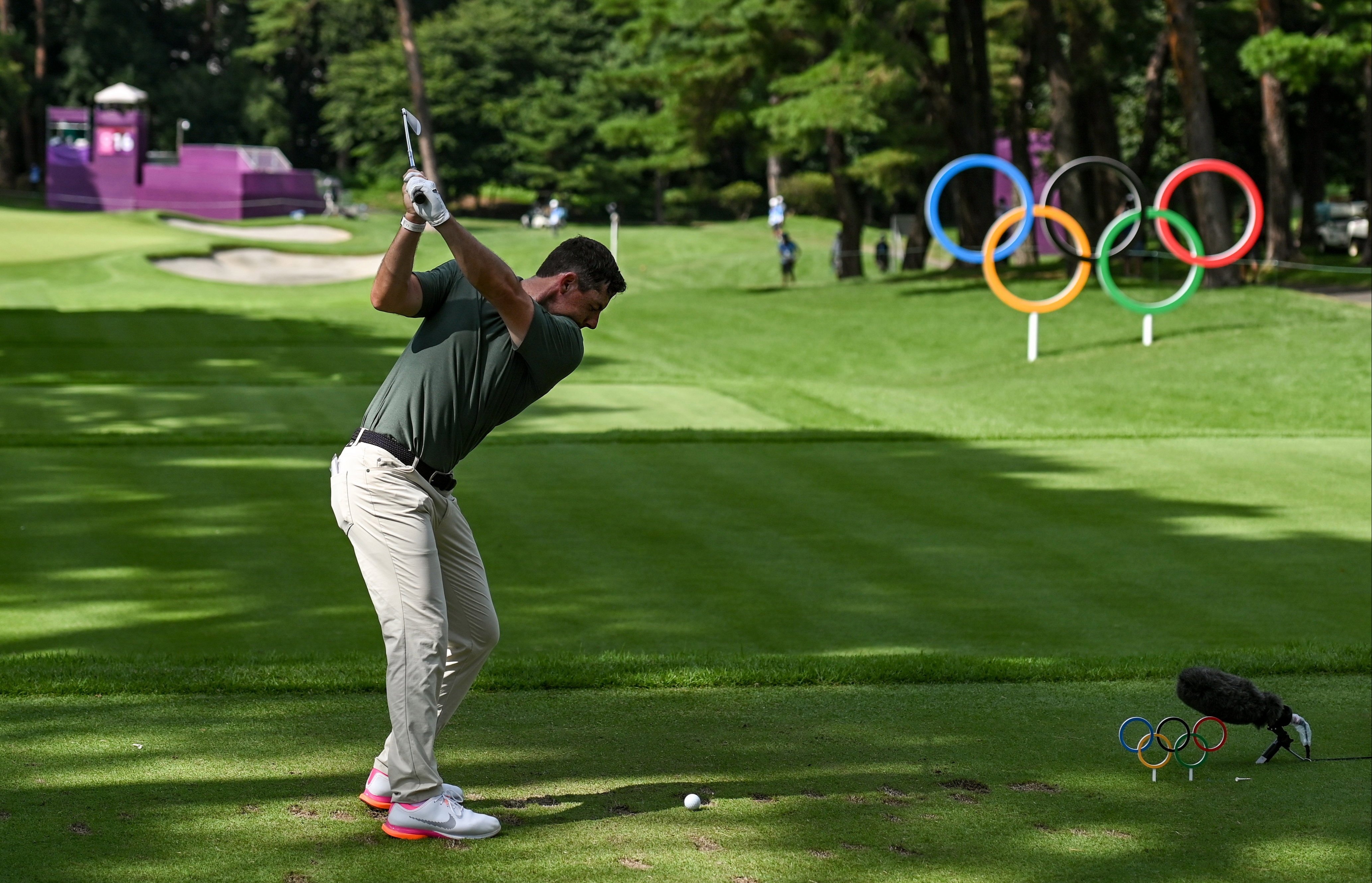 Casey played his way into the final group on 12 under par – just two shots behind leader Xander Schauffele, and one behind Masters champion Hiedki Matsuyama – with a birdie-birdie finish earning him a third round 66.

And Fleetwood sank a monster birdie putt on the last to complete a brilliant seven under 64 that sent him scorching up the leaderboard.

The Southport star started the day eight shots off the lead, but cut that deficit to just four – and a repeat of his day three heroics would be enough to give hima real shot at gold.

McIlroy is three shots off the lead after a 67 that included six birdies and a couple of bogeys, while Lowry’s 68 put alongside Fleetwood on ten under.

Lowry looked like being a lot closer to the lead after he played the first eight holes in four under par, but he had to batten down the hatches during a ragged back nine.

If I win, I could get borderline annoying. You know what my favorite song is? Gold, by Spandau Ballet – or it would be!

Casey also started with back-to-back birdies. He said: “I got off to the perfect start, and also doubled up on six and seven, so the birdies were definitely coming in twos today.

“I made a great par save on eight after burying it under the lip of the bunker. I think they showed how bad it was on ITV. But then after that just kind of went flat. Just couldn't get anything going.

“I went from sort of tied for the lead for about tied to sixth without doing a single thing. Then I made a bogey on the par five 14th, but two great birdies on the last couple is what has got me back into things.

“And now we’re playing for gold. Brilliant. That’s the only thing I'm thinking about at the moment.

“If I win, I could get borderline annoying. You know what my favorite song is? Gold, by Spandau Ballet – or it would be!”

McIlroy felt he could have finished at least a couple of shots lower, but is still happy with his position.

He commented: “When you go out on a Saturday close to the lead, and shoot four under, you've done your job, I guess.

“But I got it to  four under after 13 and thought I could maybe squeeze an extra couple of shots out of the round. Not making birdie on the 14th, the par five, was disappointing.

“But then I bounced back well after the bogey on 16 with a birdie on 17 and yeah overall a good round of golf and it keeps me there in contention.

“And playing in the same group as Shane helped us both to stay relaxed. We’ve had a really good week together. It's been a sort of throw back to the amateur days, which has been great. We have been telling a lot of stories and reminiscing.”

“I think everyone sort of ear-marked us as potential medallists, and it’s great that we are going into the final day with everything to play for.”

Fleetwood knew he needed to go low, and was delighted at the way he delivered under pressure.

“That's the lowest round I've had for a very long time, really, and I think it’s something I can draw on for the final round” he said.

“I've been struggling for momentum a lot recently. But I felt like my game has been coming back, and after giving away three shots on the last over the first couple of days, that final birdie felt even sweeter.

“I had a couple of good birdie runs – three in a row early on, and then four more on the back nine – so I know I can go low on this course. It's nice to actually be within touching distance of the leaders.”

🥇 TOKYO OLYMPICS LIVE: All the latest from the Games with our live blog

🥇 WHAT'S ON TODAY? Best bits to watch at the Olympics and UK times for your favourite stars