WHAT a difference a year makes.

An England hero, and for 70 minutes or so seemingly the man to take the Three Lions into the World Cup Final. 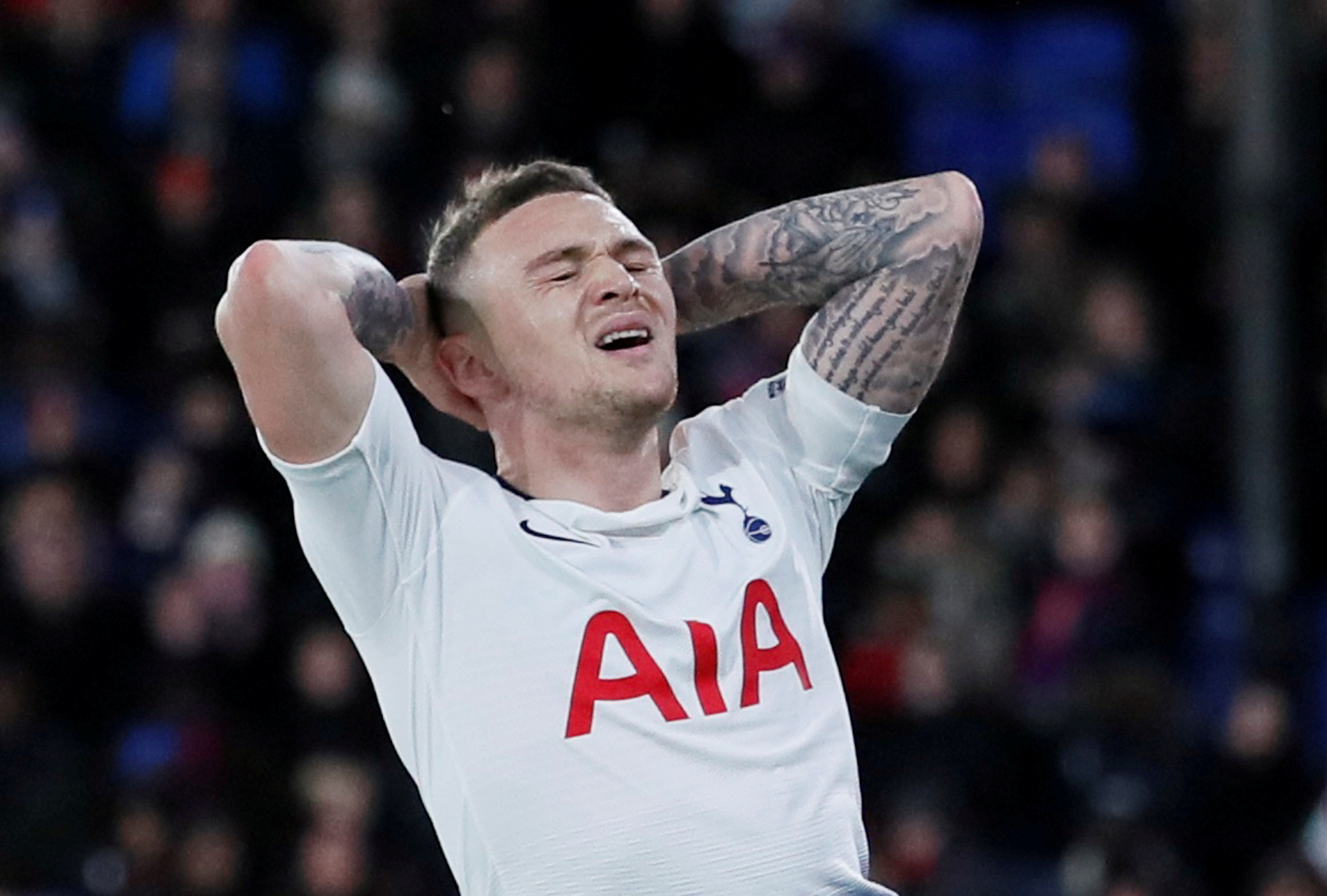 Then a scapegoat for a season which brought some incredible Tottenham highs but also plenty of Spurs lows.

And now, in the eve of the biggest game of Kieran Trippier’s career, the axe from Gareth Southgate and the knowledge that Madrid may prove his last game in a Spurs shirt.

The right-back may be able to handle it better than most.

He was, after all, something of a late bloomer.

Shown the door by his boyhood club Manchester City after 13 years and without making a first-team appearance.

City insiders recall the kid from Bury as something of a “scamp”, whose desperation to please was infectious. But it was felt he was not quite good enough.

Loaned out, first to Barnsley and then Burnley, where he made the jump from Championship to Premier League.

Even when Spurs came calling in 2015, Trippier knew he was coming as back-up to Kyle Walker, making just six Prem starts in that first season in N17.

Indeed, Trippier really began to make an impression as a Spurs starter only when Walker’s desire to quit Spurs for Manchester City frustrated Mauricio Pochettino so much that he left the first-choice out of his side as a punishment.

Pochettino and the fans appreciated Trippier’s early delivery, his ability to whip the ball in first time, balls that Harry Kane and Dele Alli thrived on.

Even then, though, his defensive deficiencies were evident. And, unlike the now-departed Walker, he did not quite have the basic speed to cover up his own mistakes.

The arrival of Serge Aurier was a challenge Trippier conquered, even if at times the Spurs fans openly questioned his positional sense and security. 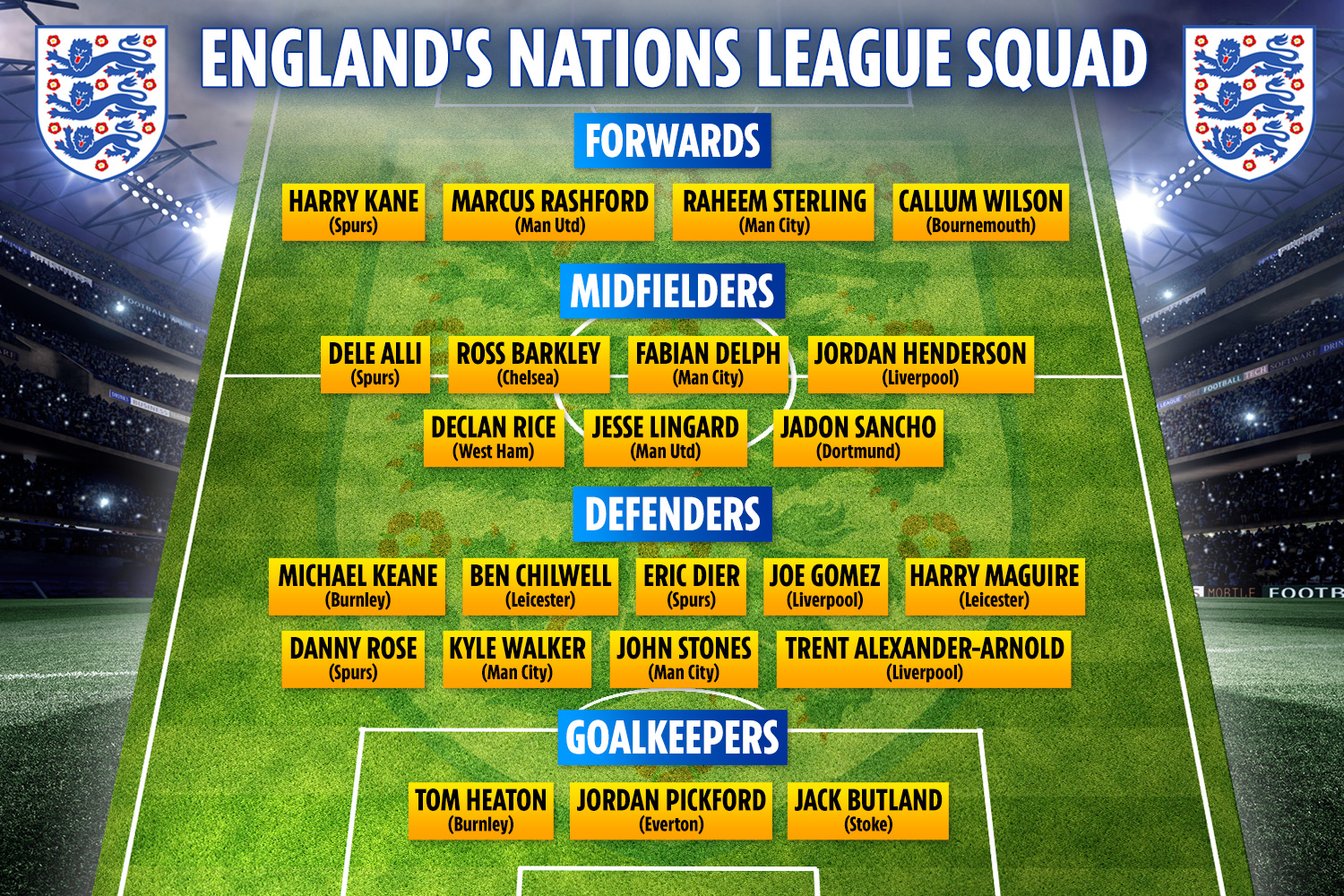 WORLD AT HIS FEET

Despite that, and making an impression against Real Madrid and others in the Champions League, Trippier took advantage of the dearth of alternatives to cement himself as Walker’s England deputy too.

Which was when fate took a hand.

Had Southgate stuck with a back four and perhaps even if Joe Gomez had been fit to play on the right of the defensive three, Walker would have been the right-sided starter in Russia last summer.

But Gomez’ injury absence and the system switch saw Walker moving inside.

Suddenly, it came down to a choice between Trippier and Liverpool rookie Trent Alexander-Arnold, who was just that little bit too callow to be handed the responsibility even though he was in the travelling 23.

Trippier grasped his chance, working up and down the right, interchanging with Walker, providing the natural width England were never able to produce on the other flank with Ashley Young playing on his wrong foot.

And, of course, it was a tournament crowned by THAT free-kick against Croatia, sailing over the wall and into the top corner, putting England, it appeared, on course for the Promised Land.

Indeed, Trippier was not even on the pitch, injured, exhausted and leaving Southgate’s team down to 10 men, for the final crushing moments of extra-time in Moscow.

Nevertheless, he returned as one of the stars of the tournament. Seemingly a fixture for club and country.

Appearances, though, are often deceptive. 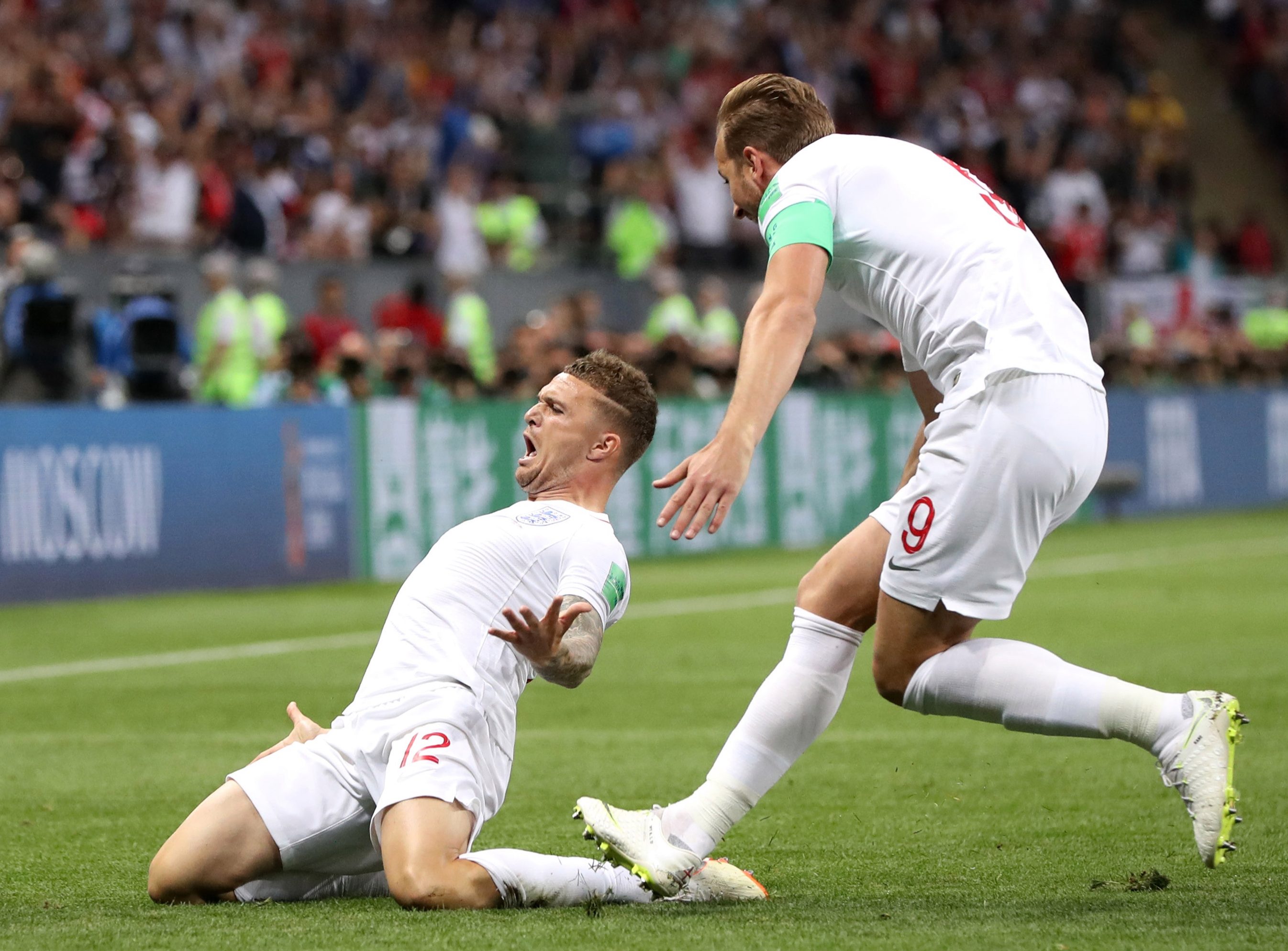 Trippier began the season with a bang and another belting free-kick, a late 25-yarder against Fulham at Wembley that nudged stumbling Spurs back in front.

But that was, in many ways, the high watermark of his campaign.

There were more errors than moments of quality, with the supporters starting to get increasingly on his back.

It was only Tottenham’s endless injury crisis, with Aurier among the victims, that kept Trippier in Pochettino’s starting line-up.

To be fair to Trippier, he was suffering himself and admitted at yesterday’s Champions League Final open day that he has underperformed.

He said: “It’s been a difficult season for me. I’ve been struggling with my groins for a number of months now and it’s been difficult to manage that.

“I have to accept this season. I know I can play so much better. But it’s happened.”

Within hours, Trippier was told by Southgate – who decided after Russia to revert to a defensive quartet, with Walker back in his natural position – that he was no longer his second choice right-back.

Crystal Palace’s Aaron Wan-Bissaka, emerging as the next hot property, was overlooked to play in the European under-21 Championships but may well start next season challenging Alexander-Arnold for his place in the pecking order.

And Pochettino, too, appears to have decided it is time for a change.

Napoli and Real Madrid have both been linked with a £30m move for Trippier, with the Italian outfit a more plausible move.

For that price, or anything close, Pochettino and Spurs will not stand in his way.

And while the hard to please Spurs fans can alter their views on players – in evidence, I present Moussa Sissoko – they have historically been far tougher on full-backs than any other position.

It will not prevent Trippier starting against Liverpool in Madrid.

He has the chance to go out with the ultimate club high.

But then, when Kane, Danny Rose, Eric Dier and Dele head to Portugal and the Nations League, he will head to the beach for a summer of reflection.

It is a cruel game sometimes. Even for heroes.