Great Britain’s flagbearer in Tokyo failed to win a medal in the Japanese capital after she was disqualified in Thursday’s S6 400m freestyle final.

She previously finished fourth in the SB6 100m breaststroke and fifth in the SM6 200m individual medley, with 19-year-old team-mate Maisie Summers-Newton claiming each of those titles.

Simmonds won a total of eight Paralympic medals across four Games, having made her debut at Beijing 2008 at the age of 13.

“I think this is going to be my last. I’ll go home and evaluate,” the 26-year-old told Channel 4. 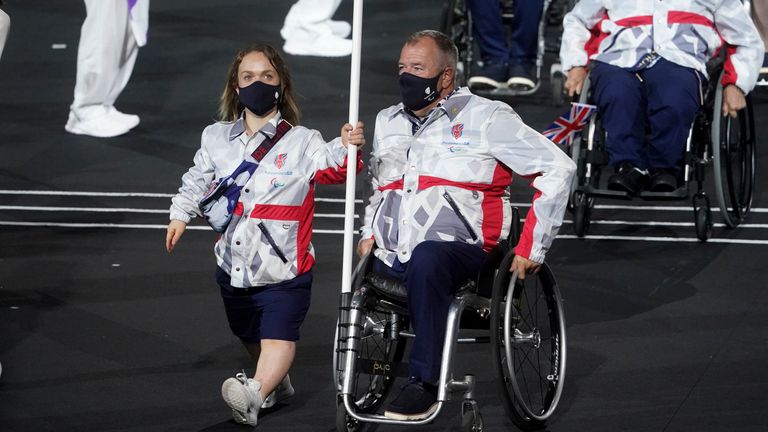 “I’m not just saying that because I’m gutted or anything like that. I knew going into these Games this was going to be the last. I don’t think I could go for another three years.

“I’m leaving it at the right time, I love it, I’ve absolutely had a wonderful competition and I’ve loved every minute of it.

“I can’t thank everyone enough for the support. I love the Paralympics and I love absolutely everyone on the team, it’s just been incredible but I’m looking forward to going home.

“One thing about these Games is you don’t have your family and loved ones in the crowds. For me they’re like my comfort blanket, even though I’ve been going for so many years.”

British swimmer Ellie Robinson also effectively called time on her career at this Games too, due to an ongoing hip condition but said she wanted this to be a “story of triumph”.

The 20-year-old could not defend her Paralympic butterfly title on Monday, finishing fifth in the S6 50m event she won in Rio at Tokyo Aquatics Centre.

Robinson was diagnosed with Perthes disease in her right hip in 2012, a rare childhood condition that occurs when the blood supply to the head of the femur is temporarily disrupted.

She believes “95 per cent of people” in her position may not have made the current Games after the condition deteriorated last year.

“These hips have a finite amount of time left in them and for me, that just happened to be last year when I ran out of time,” she said.

“Had the Games been last year, it would have been a very different story, I was swimming incredibly well. I remember saying even if I have to crawl to the blocks on my hands and knees, I will get there.

“I have had people telling me all the way back in December I can finish now but I remember screaming back at them saying: ‘I am not going to bow out. I am not going to quit. I am finishing on my terms’.

“Even though I have deteriorated physically – my hip is in a very bad way – I think I am mentally stronger than ever, I am so proud of where I am.

“I finished on my own terms and proved to myself that I had it in me and I think, I don’t want this to come across arrogantly, but I think had 95 per cent of people been in the same situation I had then they could have quit.”