A four-time runner-up at the Masters, he won 16 PGA Tour events starting in the late 1960s and later became a television commentator.

Send any friend a story

As a subscriber, you have 10 gift articles to give each month. Anyone can read what you share. 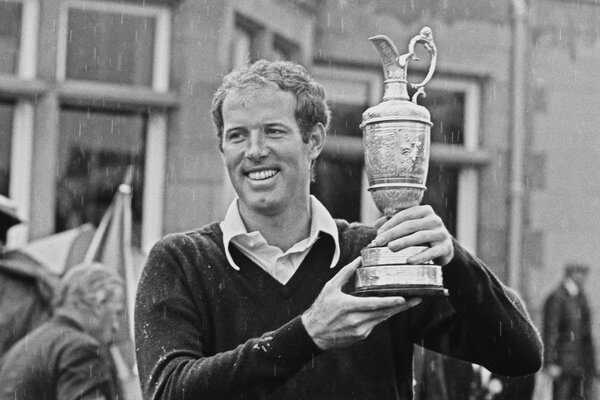 Tom Weiskopf, who won 16 PGA Tour events, most notably the British Open, and became a prominent golf course architect and broadcaster, died on Saturday at his home in Big Sky, Mont. Weiskopf, who was found to have pancreatic cancer in 2020, was 79.

His death was announced by the PGA Tour.

Hailed for what was considered a perfect and powerful swing, Weiskopf won five times on the PGA Tour in 1973, his shining moment coming at the British Open, played at the Royal Troon Golf Club in Scotland. He led wire to wire, defeating Johnny Miller and Neil Coles by three shots with Jack Nicklaus four strokes back.

Weiskopf was the runner-up four times at the Masters and tied for second at the 1976 United States Open. He also won the Canadian Open in 1973 and again in 1975, when he captured a one-hole playoff over Nicklaus, his fellow Ohio State University alumnus. Weiskopf was a member of the United States Ryder Cup teams in 1973 and 1975.

He later joined the Senior PGA Tour, now known as the Champions Tour, and defeated Nicklaus by four strokes in the 1995 United States Senior Open.

Thomas Daniel Weiskopf was born on Nov. 9, 1942, in Massillon, Ohio, the oldest of three children of Thomas Weiskopf, a railroad worker, and his wife, Eva Shorb, both of whom had enjoyed success playing in Ohio tournaments.

His passion for golf was kindled when his father brought him to the United States Open at Inverness in Toledo, Ohio, in 1957.

“He took me straight to the practice range and pointed out Sam Snead,” Weiskopf recalled in the book “Chasing Greatness,” the story of the 1973 Open, by Adam Lazarus and Steve Schlossman. “The sound of Sam’s iron shots, the flight of the ball, thrilled me. I was hooked even before I started playing.”

Weiskopf helped take Benedictine High School to the Cleveland city golf championship as a junior and senior, and then was recruited to Ohio State by golf coach Bob Kepler. Nicklaus was a senior on the Buckeyes’ golf team when Weiskopf arrived in Columbus. But they were never teammates, since N.C.A.A. rules prohibited freshmen from competing.

Weiskopf embarked on his second golf career, as a course designer, and teamed with the golf architect Jay Morrish to create Troon North in Scottsdale, Ariz., in 1984. “I knew I had to get away from the game for at least a year so I thought I’d see if I liked architecture,” he told Golf Digest in 2009. “I could still go back on tour if I wanted but I never did.”

His achievements as a golf course designer included Loch Lomond in Scotland and TPC Scottsdale’s Stadium Course, the site of the PGA Tour’s WM Phoenix Open since 1987.

Weiskopf was part of the CBS team that covered Nicklaus’s victory in the 1986 Masters.

When asked to provide viewers insight into Nicklaus’s thought processes in the final holes, he replied, “If I knew the way he thought, I would have won this tournament.”

He also worked as a golf analyst for CBS Sports, covering the Masters, and contributed to ABC Sports and ESPN’s coverage of the British Open.

Weiskopf’s survivors include his wife, Laurie, and his children Heidi and Eric from his marriage to his first wife, Jeanne.

When Weiskopf won the British Open, he paid tribute to his father.

“Even now, I wish my father was alive to see this,” he said. “I didn’t put my best in front of him and doggone it, as long as I’m playing this game I’m going to do my best. I really wanted to win this tournament more than any other major tournament I ever played in.”

When he redesigned the municipal North Course at Torrey Pines at San Diego in 2016, Weiskopf reflected on his career as a golf architect.

“You create aesthetic value by having big mature trees, beautiful vista water features and bunker styles,” he said. “That creates the beauty of the golf course, I think. How could you find a better piece of property than this piece of property, for 36 holes of golf?”