THE obituary of Steven Bergwijn’s debut was already being written.

Overshadowed by VAR and afforded hardly a touch by Manchester City, the £27million new-boy was set to join the long list of expensive buys who had died on their Tottenham debut. 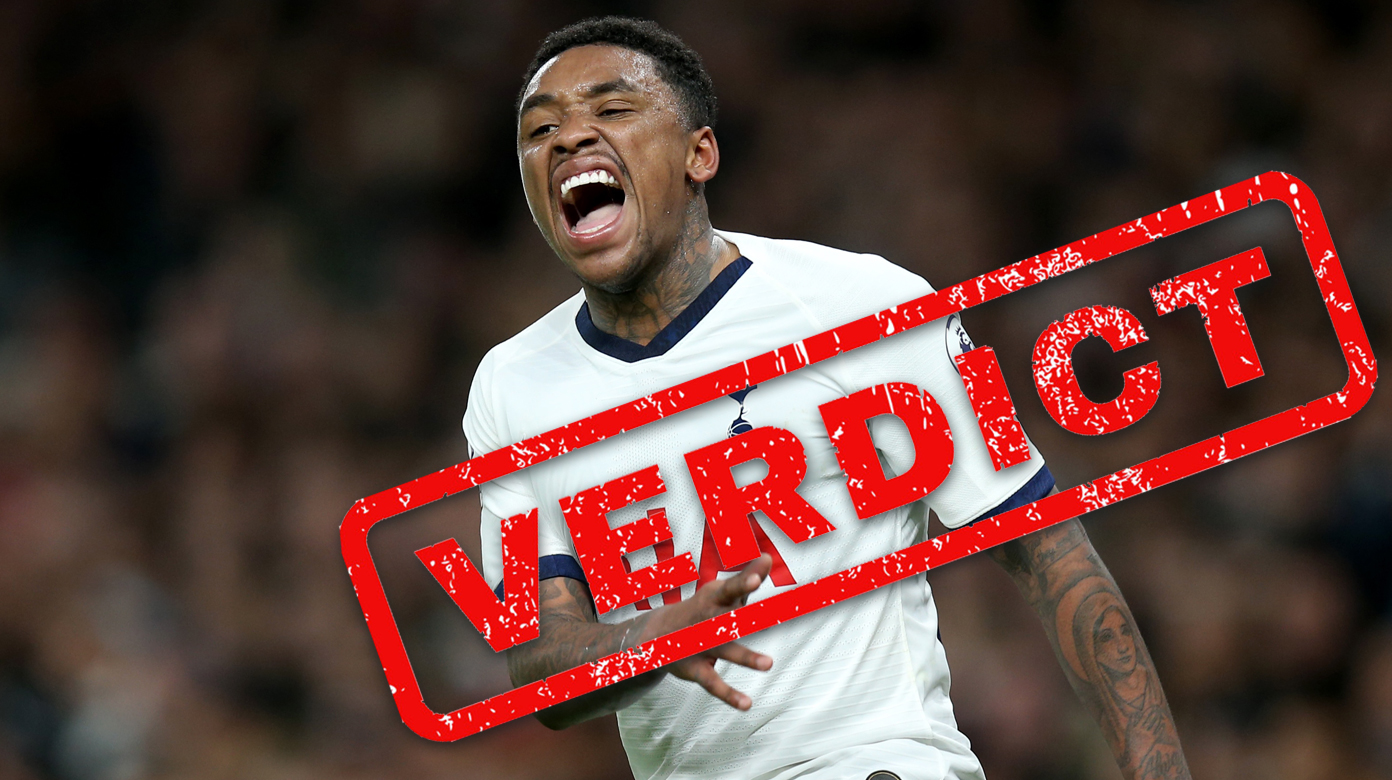 But, to paraphrase Mark Twain, reports of Bergwijn’s death were not only greatly exaggerated they were also premature.

As in the 63rd minute the Dutchman produced a magical moment for the goal that turned this game on its head, kept Spurs top-four hopes alive and posted his early entry into his new club’s folklore.

There seemed to be little on when Lucas Moura lifted the ball to Bergwijn just inside the box.

But in an instant he chested the ball and volleyed it into the net to give Jose Mourinho’s men their very first shot – compared to City’s 14th at the time.

To say it was slightly against the run of play is like saying Tottenham’s new stadium is a little bit difficult to get away from after matches.

But all the queues and jams will be worth it if Bergwijn can reproduce magic moments like that on a regular basis.

With five goals in 16 Eredivisie appearances for PSV this season we were led to believe he was not a natural goalscorer.

But the way he took his strike suggests otherwise – even Harry Kane would have been proud of that one.

Until then Bergwijn’s debut had been disappointingly quiet and you felt sorry for him.

DID IT AGAINST THE BEST

As an attacking player you never want to make your debut against Manchester City because they hardly give you a touch.

And as a Tottenham player you never want to make your debut against City – because VAR always steals the show in matches between these clubs.

That was certainly the case again as Kevin Friend of Stockley Park had more impact on this game – some would say too much – than anybody on the pitch in N17.

Many were wondering where Bergwijn would play and his starting position was like his shock move from PSV – left field.

He showed his tenacity in the opening minutes by winning the ball off ex-Spur Kyle Walker, earning an ovation from the home fans.

Mind you, they were not so impressed later when Riyad Mahrez mugged him in midfield.

Bergwijn then moved to the right and finally into the centre, and all before half-time.