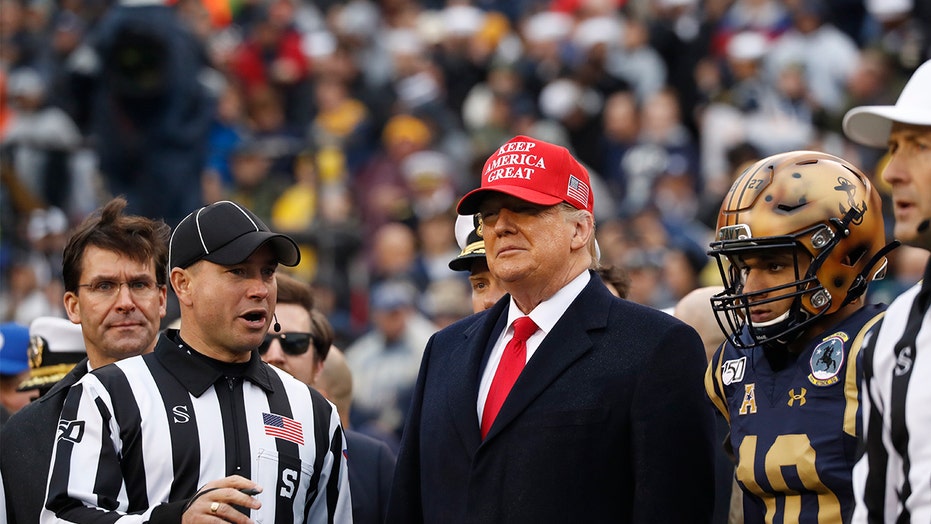 President Trump said Tuesday he met with Big Ten Conference Commissioner Kevin Warren about the possibility of having college football this year despite the fears of the coronavirus impact.

Trump’s meeting with Warren comes weeks after the Big Ten announced it had postponed its fall sports schedule over the possible health risks of student-athletes.

“Had a very productive conversation with Kevin Warren, Commissioner of the Big Ten Conference, about immediately starting up Big Ten football. Would be good (great!) for everyone – Players, Fans, Country. On the one yard line!” Trump tweeted.

A potential reversal of the Big Ten’s decision could come amid pressure on the conference to have the season.

Eight Nebraska football players filed a lawsuit against the conference, alleging that the decision affects the rights and opportunities of student-athletes and its member schools. The lawsuit claims that a vote didn’t actually take place, citing comments by Michigan State University President Samuel Stanley Jr. and University of Minnesota President Joan Gabel.

Trump tweeted last week that the Big Ten and other conferences needed to get back to playing.

“No, I want Big Ten, and all other football, back – NOW,” Trump wrote on Twitter. “The Dems don’t want football back, for political reasons, but are trying to blame me and the Republicans. Another LIE, but this is what we are up against! They should also open up all of their Shutdown States.”