TYRON WOODLEY answered every question in the press conference before his grudge match with Colby Covington by saying 'Black Lives Matter'.

The former UFC welterweight champion faces his bitter rival on Saturday and used the headliner to make a political statement. 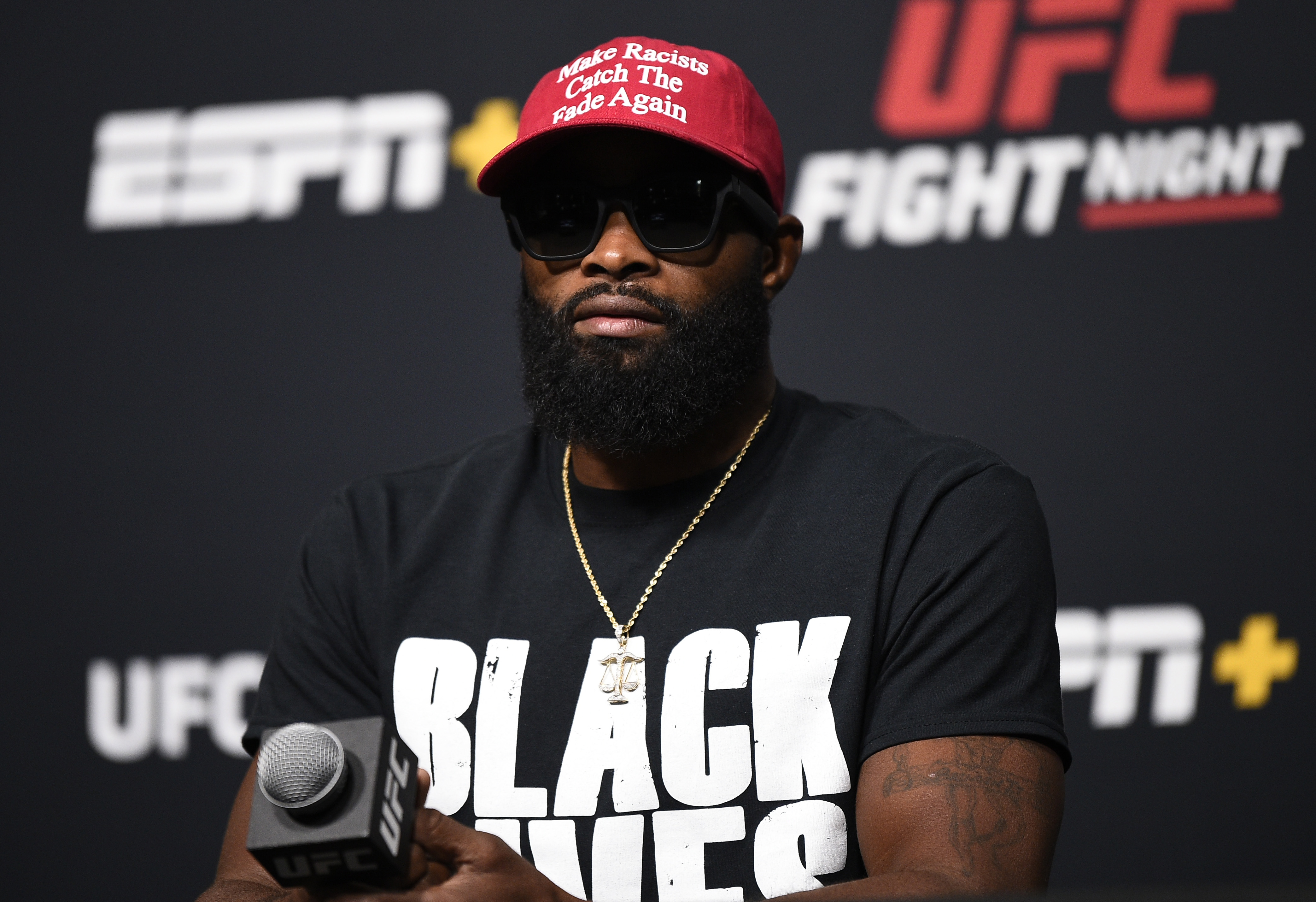 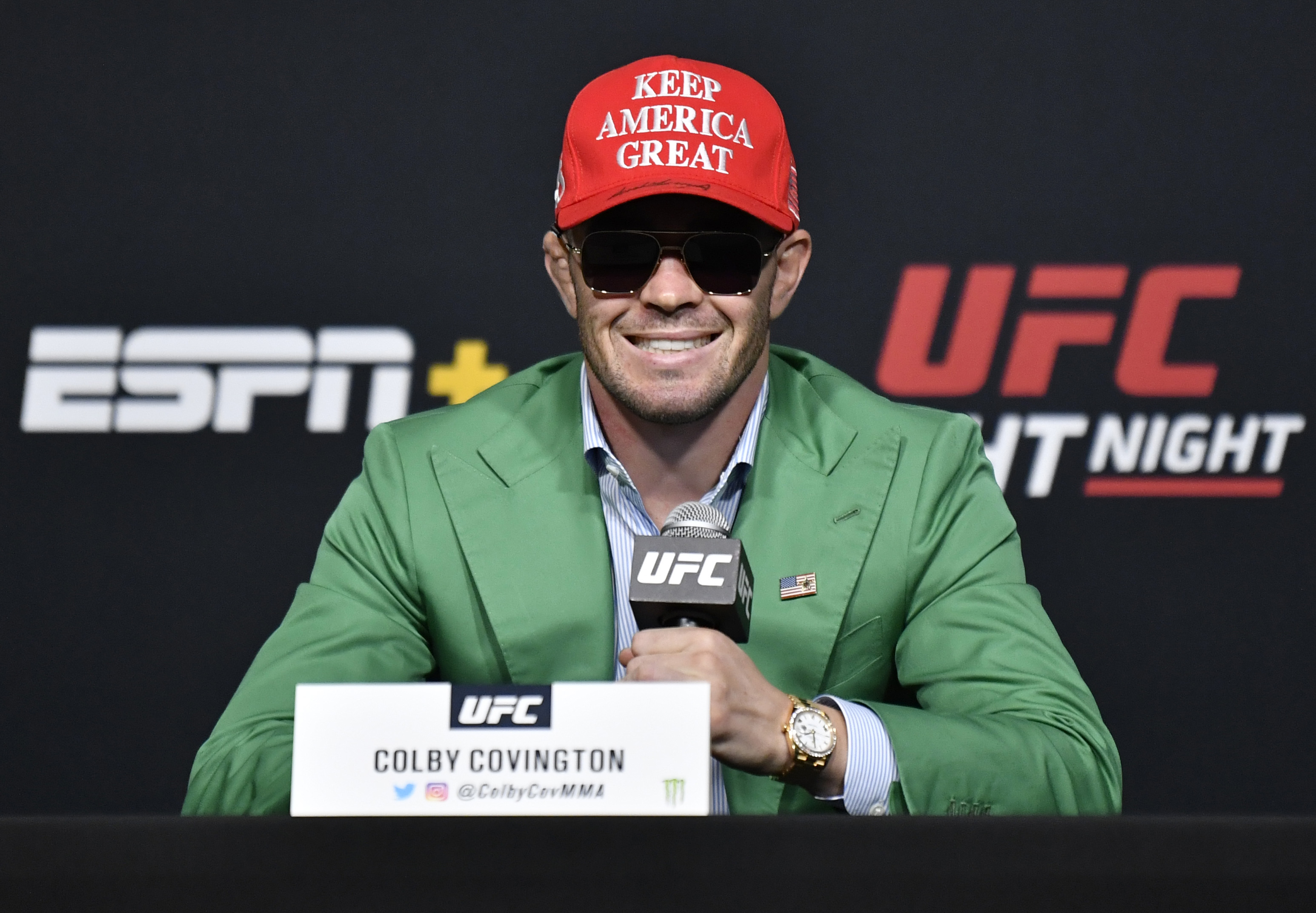 Woodley, 38, wore a Black Lives Matter t-shirt as he held a separate press conference to Covington, 32.

He also had a hat on with the words 'Make Racists Catch The Fade Again', in the same style as the 'Make America Great' cap president Donald Trump made famous.

Covington – a vocal supporter of Trump – in contrast wore a similar red cap with 'Keep America Great' written across.

In an interview with ESPN, earlier this week and the American confirmed he would have Black Lives Matter written on his shorts against Covington.

Woodley also wants the UFC to do more to support the movement and and take inspiration from NBA, who allowed players to wear Black Lives Matter on their jerseys during the play-offs.

The UFC star said: "I wish the UFC would do a little bit more; I’m really not happy with that.

"I had a long conversation with Dana White about it when the riots happened at Ferguson. I wanted them to utilise me to show a positive spin.

"Let’s go give back. Let’s go do seminars with these kids. Mixed martial arts is an affordable martial art that they can do.

"Start doing seminars, bring some of these guests in and have them talk to the kids about life and what martial arts and the discipline has given to them."

Covington fired back at Woodley during his separate press conference, as he said: "Tyron asked not to engage with me in person, doing his little thing.

"He's trying to copy what I do – he's the only one that's racist.

"And the only race there is in this fight is the race to get him out of the UFC."