UFC welterweight Michel Pereira pulled off a number of crazy moves in his epic win against Zelim Imadaev – and even blew his doomed rival a kiss.

Appearing on the undercard of Alistair Overeem's victory against Augusto Sakai, the 27-year-old put on a show against his Russian opponent. 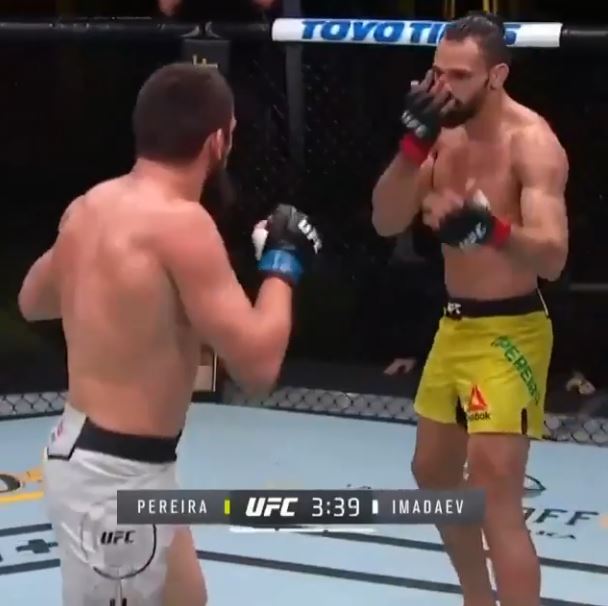 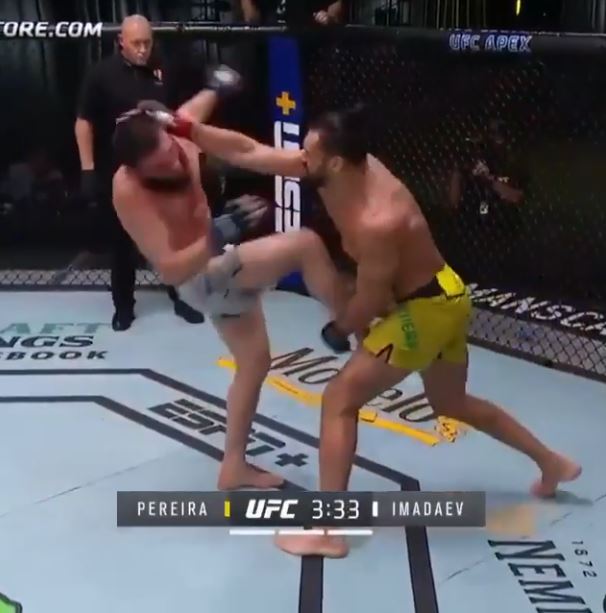 A clip of Pereira blowing a kiss to Imadaev inside the octagon has gone viral, with the Brazilian star following that up with a slap across his face.

And he even channelled his inner Brock Lesnar as he pulled off a suplex, before submitting Imadaev in the third round with a rear-naked choke.

His antics saw him pocket an extra £38,000 after winning the Performance of the Night bonues.

Pereira was quick to call out Jorge Masvidal after the 24th victory of his career, as he claimed he wants a shot at the 'baddest motherf*****' belt.

In his post-fight interview, he roared: "Dana White, Sean Shelby. I want the BMF belt. Jorge Masvidal, beware. You are next."

He later added: "I want to fight the best. I train very hard to do that and I train with some of the best.

"I want to fight the best and Jorge Masvidal is one of them.

"He’s a guy that I want to fight against.

"I think people would find it to be a great fight, a big fight, and it would give a show to all the UFC fans and the world."

Asked if he would slap Masvidal like he did with Imadaev, Pereira stated: "If he disrespects me, yeah.

Celebrities
Kate McKinnon Opens Up About the "Profound Joy" of Portraying Ruth Bader Ginsburg on SNL Kate McKinnon is paying homage...
Lifestyle
For W’s 2020 TV Portfolio, we asked 21 of the most sought-after names in television to embody their favorite characters...
TV & Movies
We will use your email address only for sending you newsletters. Please see our Privacy Notice for details of your...
World News
A wild brawl broke out between customers and workers at a Waffle House — apparently after a patron’s phone was...
Beauty
Many of us are spending most of our time at home as we practice social distancing. Whether you're working from...
Fashion
In college, Symphony Clarke had a rich roommate, who she says “would look so bomb” when the two would go...
Recent Posts
We and our partners use cookies on this site to improve our service, perform analytics, personalize advertising, measure advertising performance, and remember website preferences.Ok