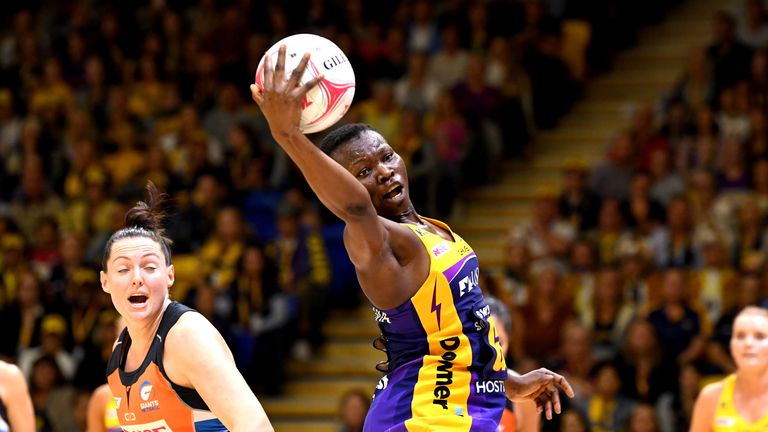 Uganda captain Peace Proscovia says the She Cranes have the potential to derail hosts England in their Vitality Netball World Cup opener on Friday July, 12.

The two sides will meet in the first session of the tournament, live on Sky Sports at the M&S Bank Arena. It’s an eagerly-awaited clash and an opposition the Vitality Roses will need to be wary of.

In December last year, the She Cranes’ three-Test series against England showed exactly what they are capable of, in particular during a 50-46 loss in the first Test in Liverpool.

“As the captain what I would say is that, I believe that Uganda has the potential within. We have the potential,” said Proscovia to Sky Sports.

“We have everything within us that can help us actually even win that game.

“Yes, I admit that England are a very big team and a team that are to fear. But, being given that opportunity to play against England in the Test series and in the previous games, we’ve gained confidence.”

Although the series in December resulted in three losses for the She Cranes, they asked questions of England.

The close nature of that first Test coupled with their work throughout the series has boosted Proscovia, who is an official ambassador for the Vitality Netball World Cup 2019, and her players.

“We’ve gained confidence to think ‘Yes we can do this’, and the level of netball has grown so much that there’s no team that can be underestimated. Every team seems to be equal.” 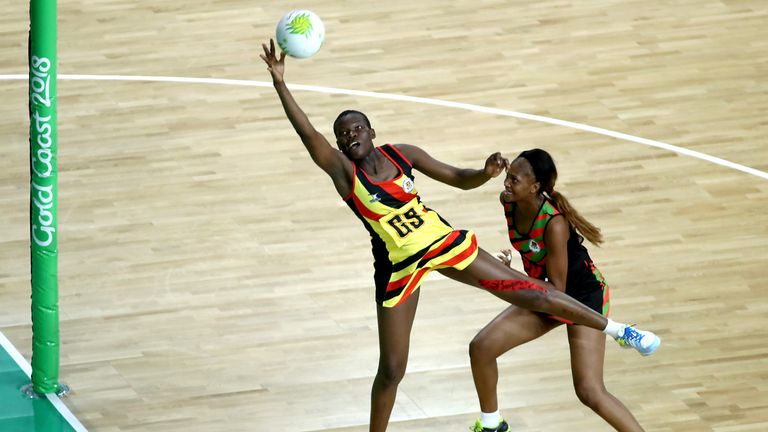 As Proscovia says, the 15th edition of netball’s premier tournament promises to be the most competitive and dynamic in its history.

In the four years since the last competition, so many of the qualified teams have made considerable improvements. The improvements have been driven by players, like Proscovia, gaining experience in the best leagues in the world.

The 6ft 4in shooter will be known to all in England after her time with Loughborough Lightning in the Vitality Netball Superleague. Between her arrival in 2015, and her departure at the end of last domestic season, the 29-year-old helped Loughborough progress to two Grand Finals and take a Fast5 victory.

Shout out to the incredible @peace_proscovia who has just graduated with a masters of science in marketing! Did you know she also has a degree in business administration? #smartcookie #superproud #goPeace ??⚡ https://t.co/BCSDgoRdTs

Since then, Proscovia has made the journey to Australia to ply her trade in the Suncorp Super Netball League. The fact that she was replacing Caitlin Bassett at Sunshine Coast Lightning says so much about the talent that she possesses.

“The netball here [in Super Netball] has a very high intensity which is good and that’s how the World Cup is,” she said.

“It really gives me an open mind moving forwards to World Cup and it’s one of the greatest opportunities, to play here before the World Cup.”

Proscovia has already made a name for herself in Australia through her exceptional work on court and the inspirational path she has navigated with bravery and determination.

The 29-year-old has showed incredible fortitude and courage to strive for a sport that she loves. She came from one of the poorest regions in Uganda and pursued a career that went against the wishes of her father and the cultural norms. Every moment that Proscovia is on court, you can almost tangibly feel the determination and emotion that’s driving her; she is a role model for so many and a truly inspirational individual. 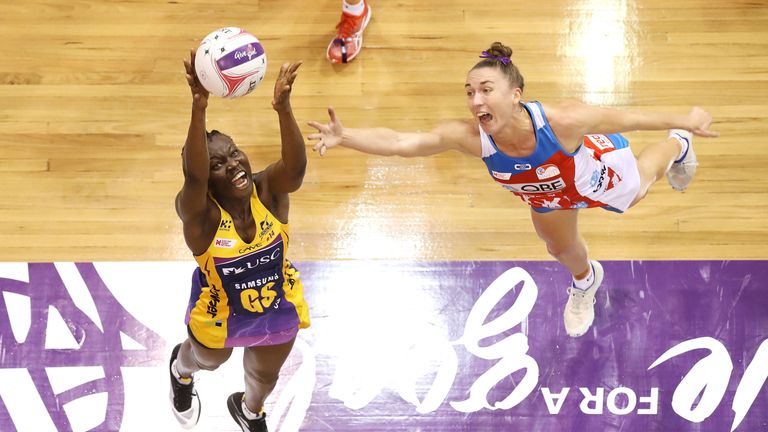 Once the shooter’s Super Netball commitments finish in Australia, a camp with the Uganda She Cranes follows where they will refine and hone their output for July’s tournament. For those not familiar with the She Cranes’ style of netball, how would their captain describe it?

“I think for us it’s not all about the speed, it’s just like taking every step at a time and loving this ball gently and getting it to the end,” said Proscovia.

“If we had to go with speed, obviously we don’t have the facilities that can help the team train to cope with the speed.

“We are just trying to get to that level, so if we were to go with speed, definitely we cannot compete with the giants of this world.

“But, if we play and take the sport according to our own speed and play our own game, then it’s better for us. I believe our style is kind of a unique style – trying to play slow netball.”

The She Cranes’ rise from 15th in the INF rankings to seventh highlights their upward trajectory and, alongside England, Scotland and Samoa will be the first teams that must work out how to counter their style.

Proscovia, like every international netballer right now, is bubbling with excitement when it comes to the ten days of netball in July.

From the first pass to the very last, the world will be gripped as athletes like the shooter showcase their exceptional skills and athleticism to the world. Netball’s stock has never been higher and with the belief that the She Cranes have, their clash against the Vitality Roses cannot be missed.

“It’s going to be interesting [at the World Cup],” added Proscovia.

“The best thing is to go there to compete but most importantly, the message that goes out to the people that are watching is what matters the most.