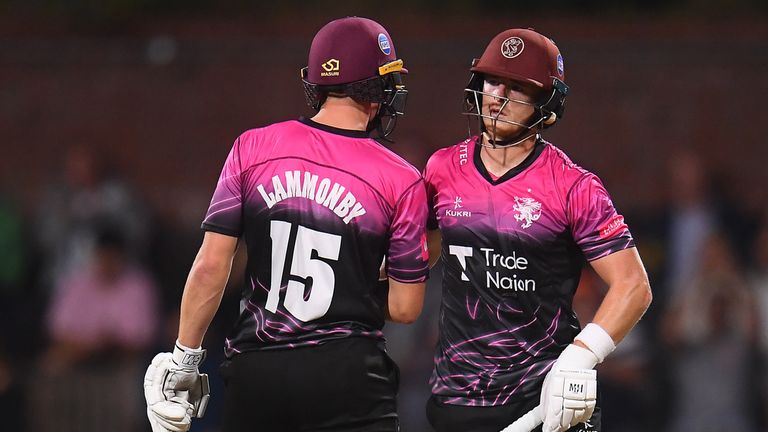 Somerset booked their place at Vitality Blast Finals Day as they battled their way to a seven-wicket victory over Lancashire in their quarter-final clash at Taunton.

After Roelof van der Merwe’s 4-27 had helped restrict Lancashire to 184-9, the hosts appeared in trouble at 12-2 in reply, but an unbroken fourth-wicket partnership of 102 from 51 balls between Tom Abell (78no) and Tom Lammonby (47no) guided Somerset to victory with 11 balls to spare.

Van der Merwe made his mark in style by claiming the wickets of Liam Livingstone (25) and Alex Davies (0) in his first over, the former dismissed caught and bowled just after he had started to cut loose with a couple of massive sixes.

The Dutch-South African left-arm spinner went on to have both Josh Bohannon (35) and Luke Wells (13) stumped by Tom Banton before skipper Dane Vilas (42) and Rob Jones (38no) combined to put Lancashire back on track. 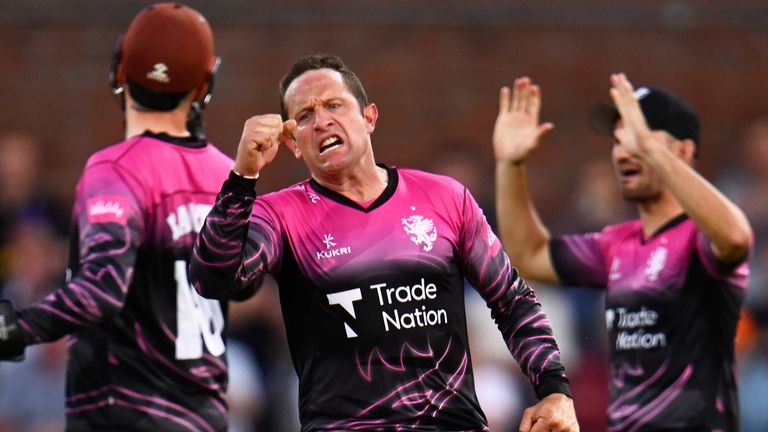 However, there was no late flourish from the visitors as they lost three wickets for 11 runs in the final two overs with Marchant de Lange’s back-to-back wickets keeping them in check as he finished with 3-41.

The consensus was that Lancashire’s total was around 25 or 30 runs under par with the short boundaries at Taunton, but Somerset lost both Banton and James Hildreth for just one run apiece as they slipped to 12-2, the former bowled by Tom Bailey (1-37) and the latter castled by Danny Lamb (2-24). 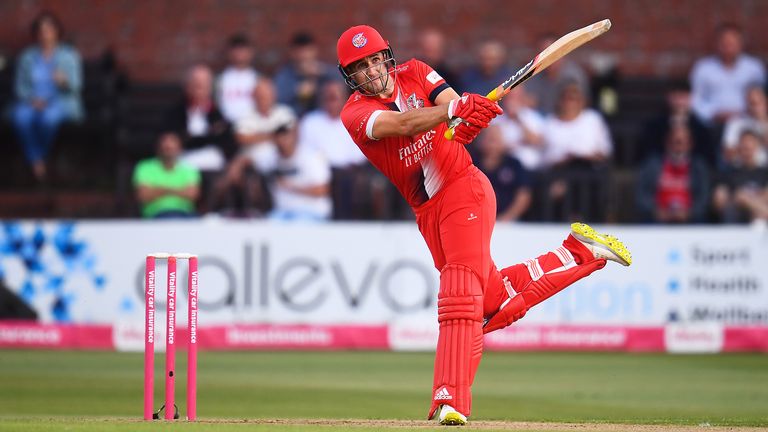 Lamb also dismissed the dangerous Will Smeed after a punchy 44 from 33 balls, bringing Lammonby and Abell together at 83-3.

Abell took the initiative at first, eventually finishing with 78 not out from 45 balls, including seven fours and three sixes, before Lammonby made the most of being dropped with a strong finish to take the game away from Lancashire, with his 47 not out from 28 balls, including back-to-back sixes off Bailey coming at a crucial stage at the start of the 17th over.