ANTHONY JOSHUA took a break from preparing for Tyson Fury by instead helping a future star.

The WBA, IBF, WBO, and IBO title holder shared an adorable clip on his Instagram page of him training with a young boy earlier today. 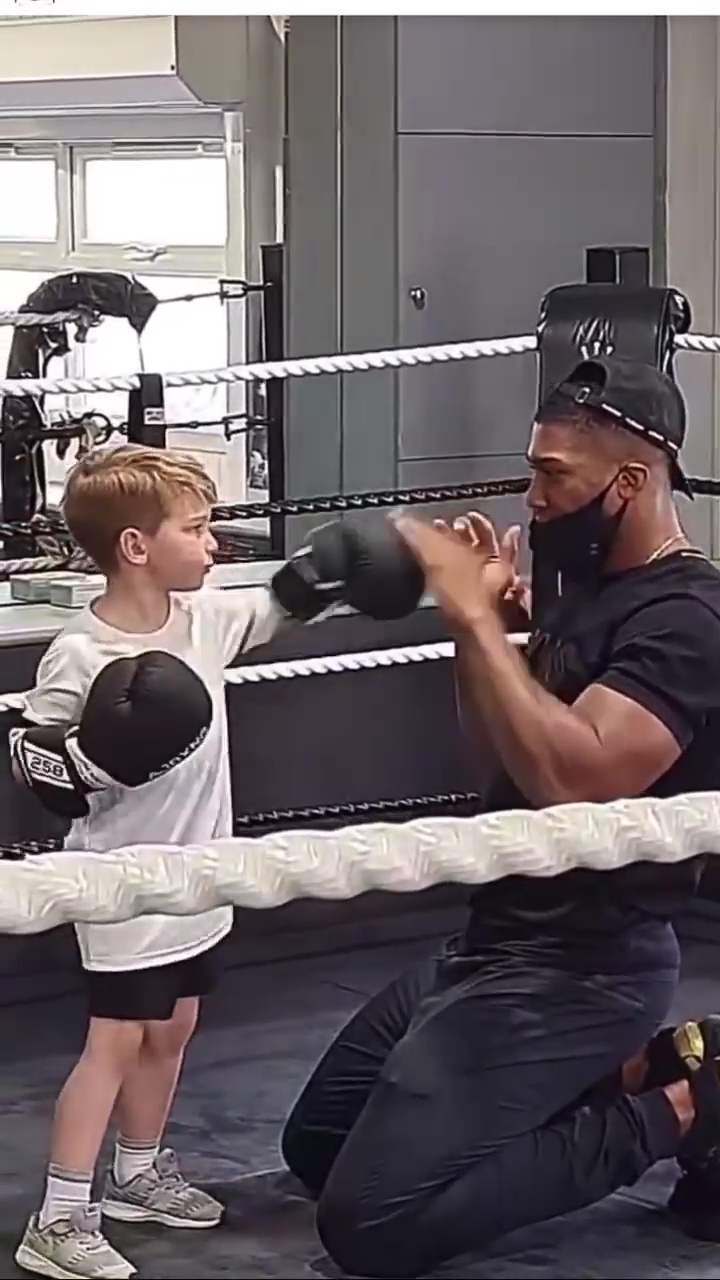 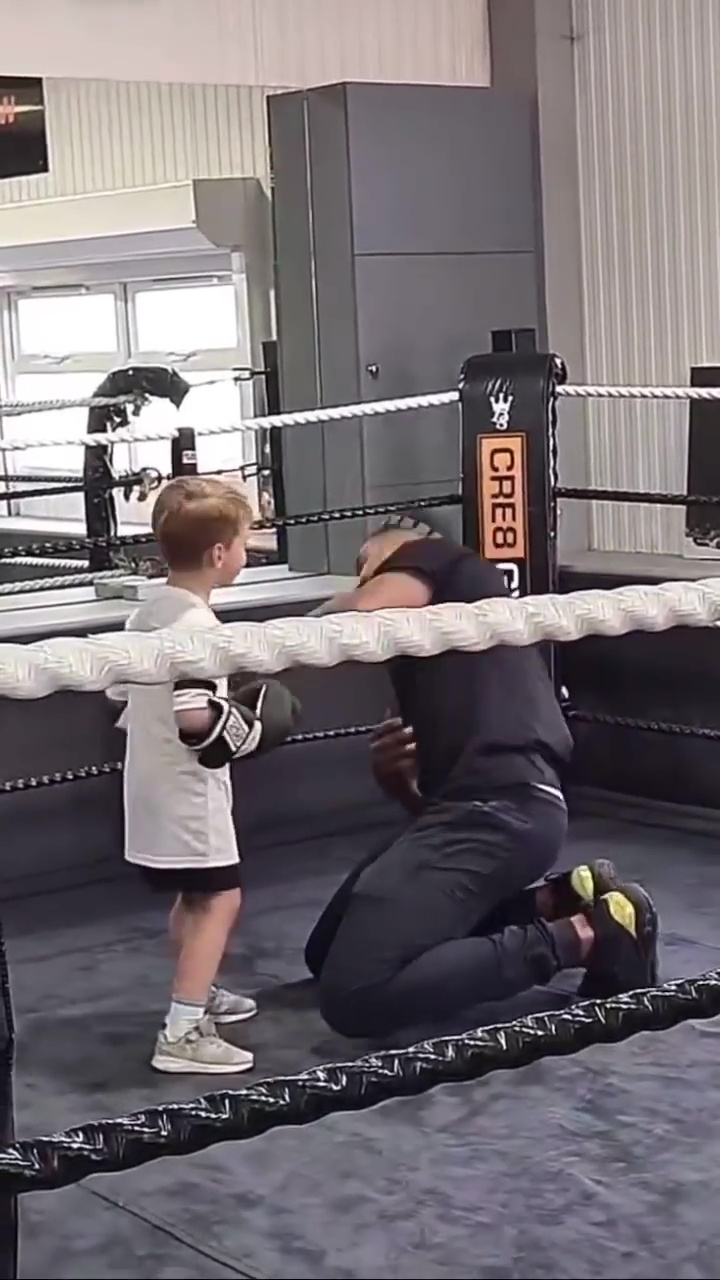 AJ appeared to be teaching the child how to box before playfully going down after receiving a body shot from his little protege.

Both the Watford-born ace and the Gypsy King have signed their deals for the £108million heavyweight showdown – but a venue and date are still to be confirmed.

Hearn, AJ’s promoter, last week claimed that both camps have agreed on a site deal, which he stated should be finalised in writing very soon.

Since then reports have emerged that the deal is from Saudi Arabia, the country that hosted Joshua’s rematch win over Andy Ruiz Jr in 2019, which would net both fighters at least £54m.

Hearn has now offered an update on the fight the world is waiting for via his Instagram page.

He said the site deal contract is now ‘on about its fourth draft’ and close to being finalised.

He also added that ‘it is on the doorstep, ready to be delivered.’

Hearn also reiterated that the date for the bumper unification clash will be July 24, July 31 or August 7.

However, Fury’s UK co-promoter Frank Warren has poured cold water on the Saudi speculation by insisting nothing is confirmed at present.

“It’s not arrived and that’s where we are. I’ll believe it when I see it. We’re being told it’ll be here.

“I know Tyson’s had enough of hanging around. He wants to fight in June or July and that’s what will happen if this thing doesn’t get resolved very quickly.

“We all want the fight. We’re all working, moving heaven and Earth to get it over the line, but at the moment the offer hasn’t come through.

“Maybe the two guys have gotta look – if the offer doesn’t come through – to look at how we make this fight viable.

When quizzed over the alleged mega-money Saudi deal, Warren said: “Until I see it, it’s not there.