ANTHONY JOSHUA has been accused of arrogance before his world title upset – by treating Andy Ruiz Jr as a fan and letting him hold his belts for a photo.

Joshua suffered a stunning upset when he lost his heavyweight title at the hands of 25-1 outsider Ruiz at Madison Square Garden last night. 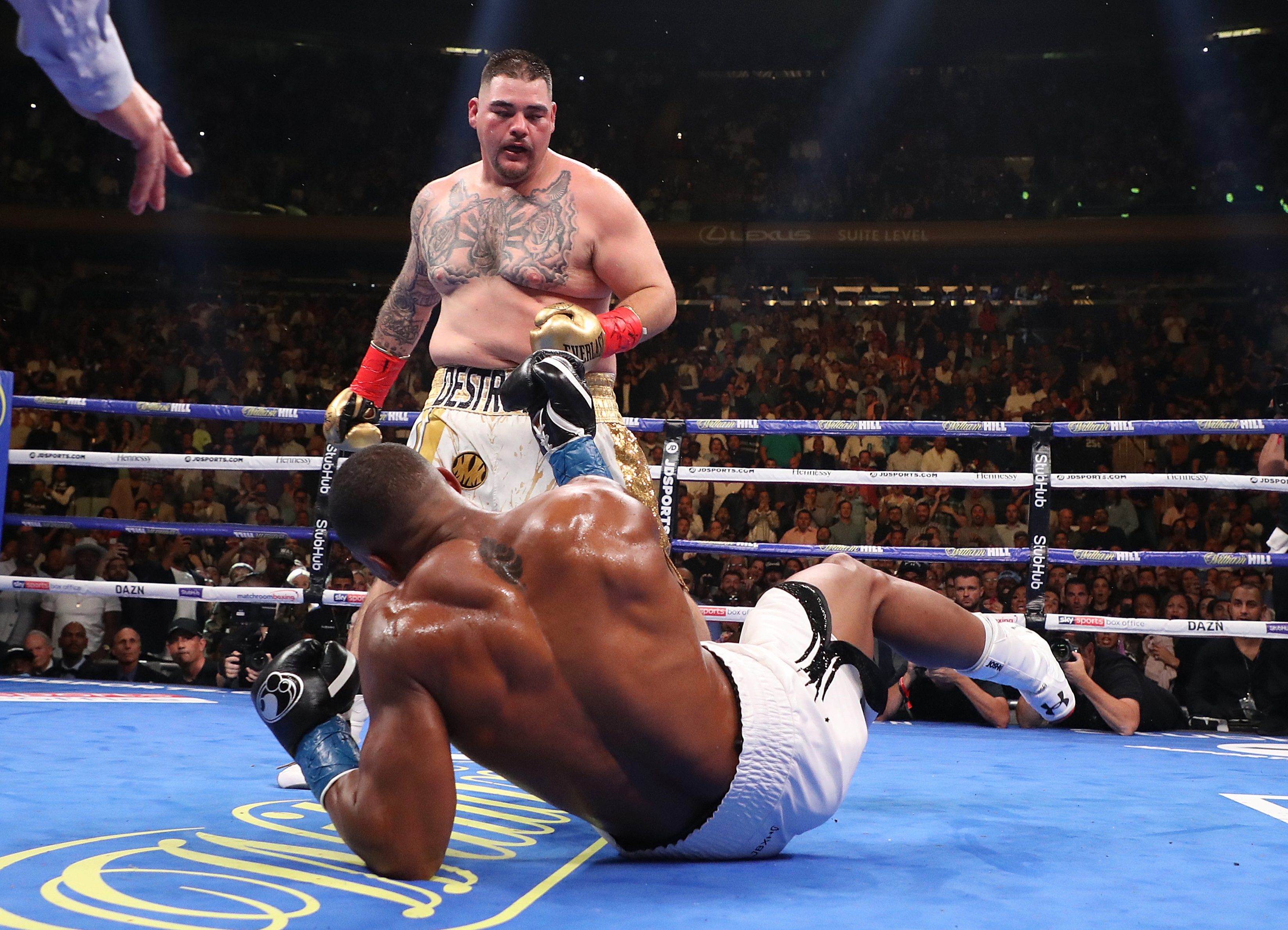 The American-Mexican brawler snatched the WBA, WBO, IBF and IBO world titles away from Joshua as he stopped the unbeaten Brit in the seventh round in New York.

And many believe the biggest boxing upset since Mike Tyson lost to James 'Buster' Douglas in 1990 was down to Joshua not taking his opponent seriously enough.

Ruiz took the fight at six weeks' notice after initial opponent Jarrell Miller failed a series of dope tests – and he was widely written off by most in the build-up to the clash.

Joshua himself was talking about his grand plans to unify the heavyweight division by chasing mega-fights with Deontay Wilder and Tyson Fury.

And at the weigh-in on Friday, the 29-year-old gave a glimpse into how he saw Ruiz by offering his belts to his opponent to hold.

It looked as though he was treating Ruiz as a fan, giving him the chance to pose for pictures with the belts to keep as a memento .

But on his big US debut it was Ruiz who came up trumps with a thrilling display to claim all four belts himself and send shockwaves through the sport.

An expected cagey start, but Ruiz Jr landed cleaner and probably sneaked it.

Joshua evened it up but his head and foot movement wasn't too impressive.

Ruiz floored and people in the crowd expected the finish. But the Mexican bit down and ended up spectacularly dropping Joshua twice.

Joshua was all over the place and his legs looked as though they still hadn't recovered from the knockdowns.

Only five rounds in and AJ appeared out on his feet. Tellingly asked his corner what round it is at the end.

Many in the crowd could now sense that one of boxing's biggest ever upsets could be on. AJ asked corner why he doesn't feel good as he slumped to his stool.

The unbelievable became reality. Ruiz floored Joshua to make it four in total before the referee waves it off as the dethroned champ slumped onto the ropes.

Joshua looked a shadow of the fearsome fighter we had seen before, struggling to impose himself and looking strangely out of shape.

Now he faces having to lift himself from the first defeat of his professional career, and decide whether he wants to take up the rematch clause in his contract with the new champion.

That fight would likely be held in the UK around November, and this time it is unlikely Joshua will take anything for granted.