ARSENAL target Nicolo Barella takes out his frustration on a ball boy – by smacking the ball into his face.

The Cagliari midfielder, 22, was furious after his attempted cross in the 20th minute of Italy's Euro 2020 qualifier against Greece was blocked out of play. 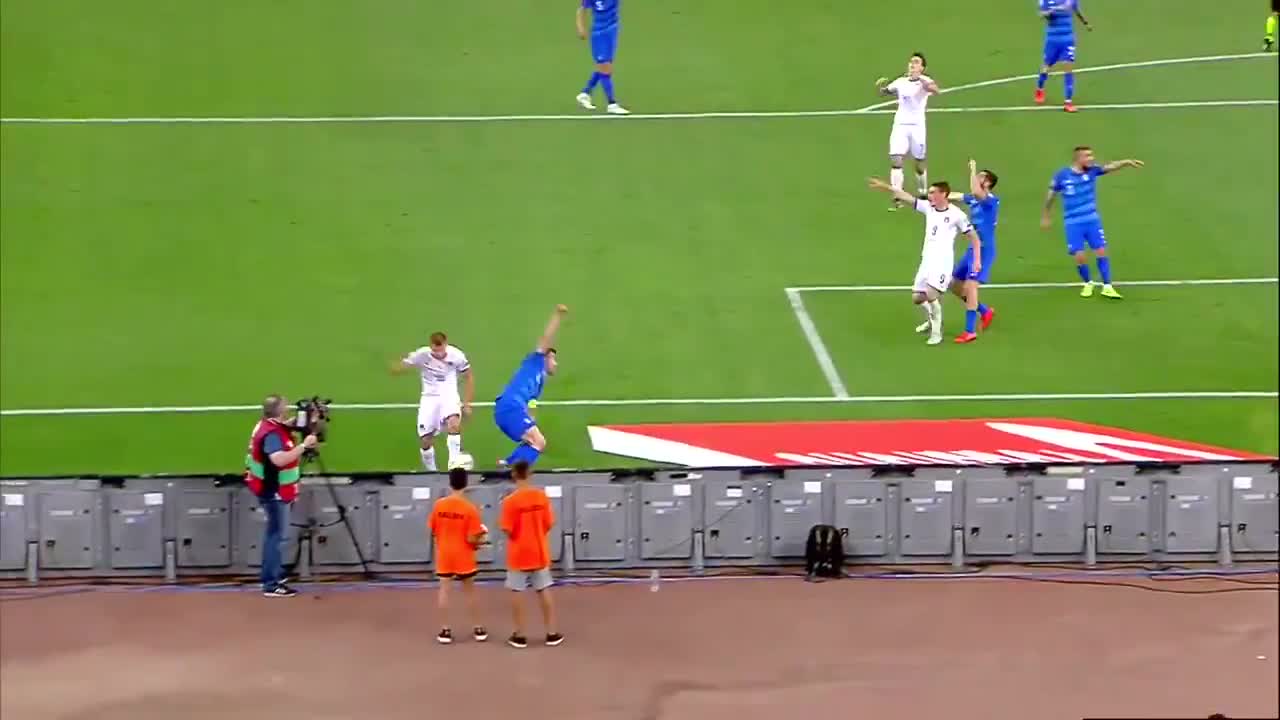 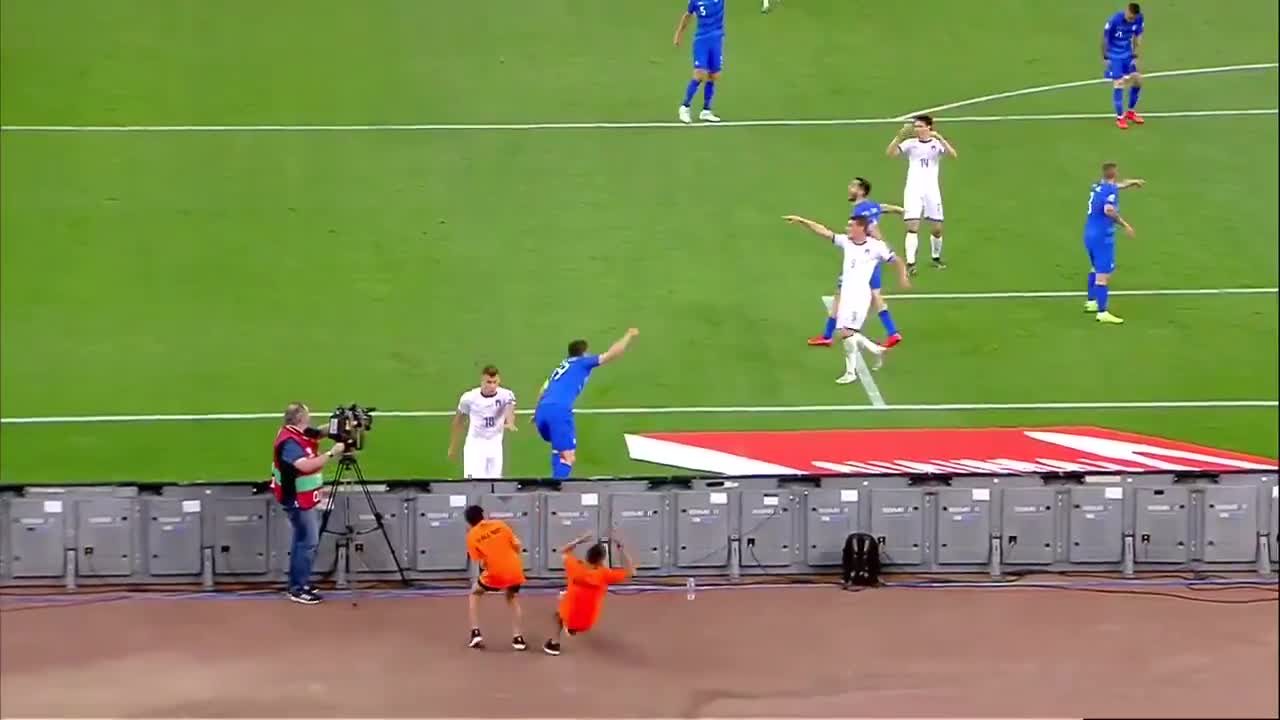 With the ball rebounding off the hoarding, Barella then unleashed a fierce left-footed rocket that smashed into the unsuspecting lad's face.

He stumbles backwards before falling to the floor on his bum.

Barella, who Arsenal have sent scouts to watch, immediately realises his mistake and rushes to apologise to the young lad, who by this time is getting back to his feet.

He also kisses him on the forehead as a way of saying sorry.

Fans on social media did not feel too bad for the ball boy, though.

One said: "Watching it from the camera behind him was brilliant, felt bad for laughing but not that bad."

Another wrote: "Hope they check him out for concussion. mind you, he got up quicker than the players. Max respect."

All that anger must have paid off, though, because Gunners target Barella scored just four minutes later.

Lorenzo Insigne made it 2-0 on the half-hour mark and Leonardo Bonucci got the final goal three minutes later.

That meant Italy kept up their 100 per cent winning record in qualifying.

Roberto Mancini's side top Group J with three wins from three games having scored 11 goals and conceded none. 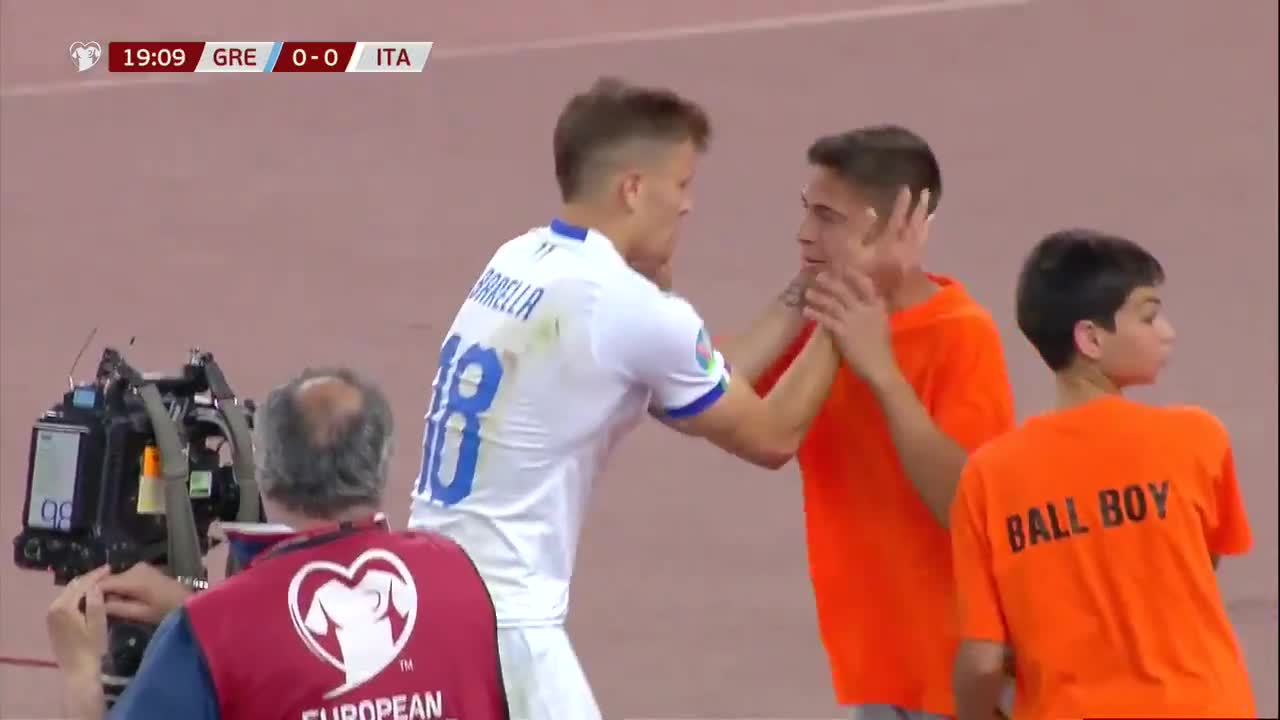