RAYO VALLECANO fans donned protective suits and scrubbed down their stadium after a visit from far-right political party figures.

The stunt was triggered when Vox party leaders Santiago Abascal and Rocio Monasterio attended the Segunda Division clash between Rayo and Albacete on Monday. 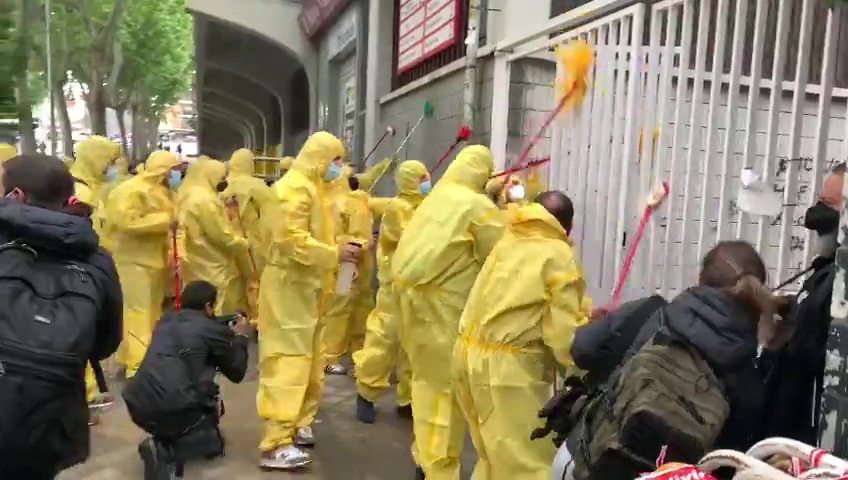 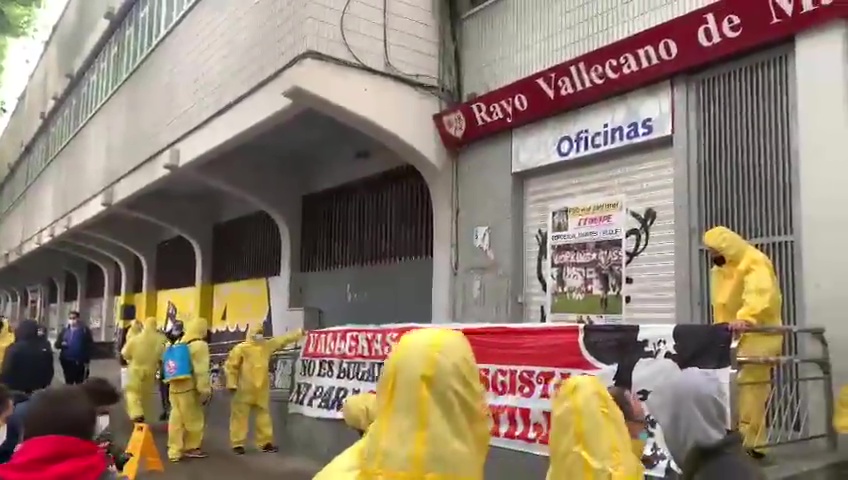 The game finished 2-2, with Esteban Ariel Saveljich putting the hosts ahead before Rayo’s Mario Suarez was sent off.

Alvaro Jimenez and Manuel Fuster then made it 2-1 to Albacete, only for former Manchester United man Bebe to equalise in the 87th minute.

But focus was on goings on in the stand after the game.

Rayo are famous for being a politically aware club whose fanbase are majority left-wing.

And their views clash severely with the ideologies of Vox.

They accused the club’s owner Raul Martin Presa of tarnishing their history by inviting the far-right leaders to the Estadio de Vallecas.

Their message was that they believed in a Vallecas free of facism, and had to disinfect the stadium, hence the hazmat suits and the collective clean-up.

When images of the protest surfaced online, many praised the protesters while other joked that they were 'finally doing some work'.

And all this came after fans expressed surprise at Rayo's willingness to let the far-right figures in.

One wrote: "Aren't Vallecano the most left wing club in Spain?"

And another added: "Surprised Rayo would let them in, aren’t they one of the most left wing clubs around?"