DIEGO MARADONA'S heart of gold was on full display in a touching video showing the Argentine legend training with a double amputee.

The incredible uplifting clip has been doing the rounds on social media following the World Cup winner's death this week. 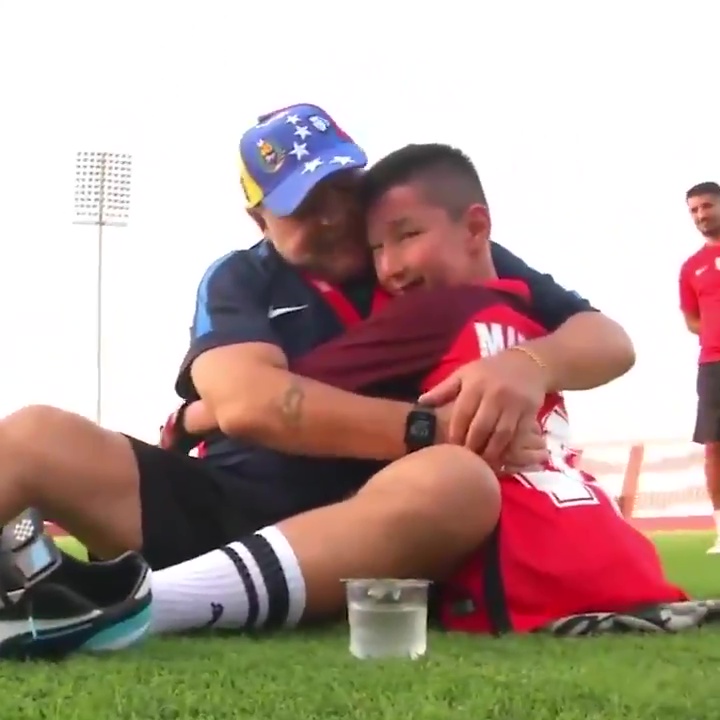 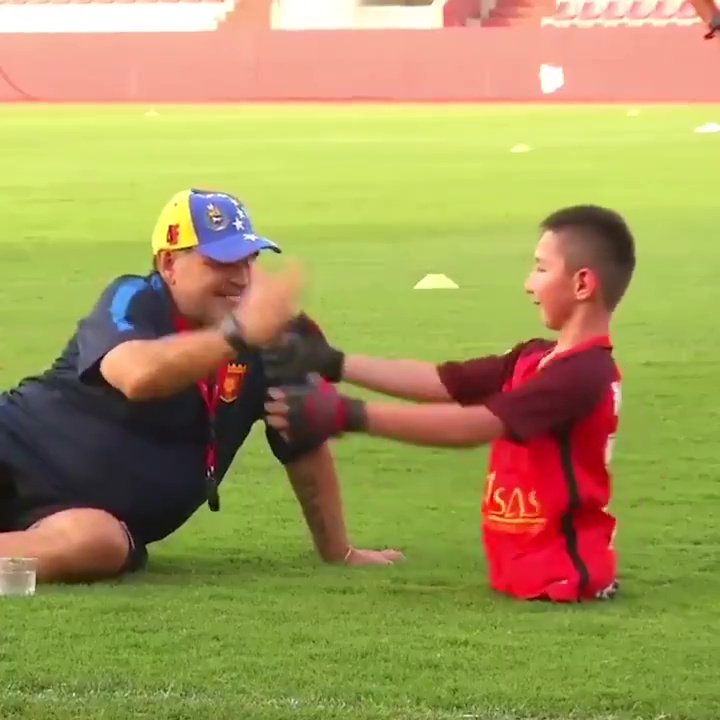 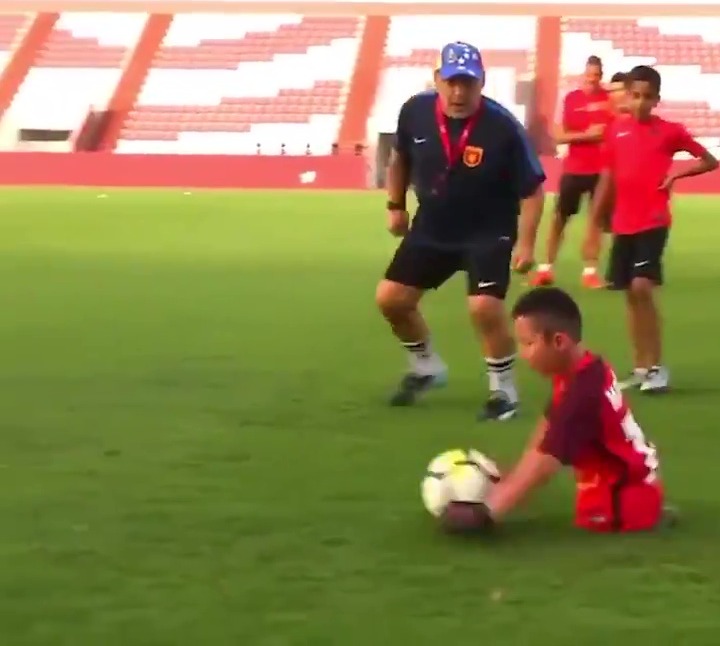 Maradona sadly passed away, aged 60, on Wednesday after suffering a heart attack at his home in Buenos Aires.

Tributes have poured in from the likes of Pele, Lionel Messi, Cristiano Ronaldo, David Beckham and Usain Bolt.

His death has also left fans from all over the world reminiscing about the Napoli and Argentina icon's kind nature.

And no video has better shown that than the time Maradona played football with double amputee Ali Turganbekov in 2018.

The then-nine-year-old – who has also had a kickaround with Cristiano Ronaldo last year – first reached out to one of his other heroes.

Maradona duly responded to Kazakh lad Ali, who was born without legs, to fulfill his dreams of a one-on-one session.

One fan tweeted: "That's amazing! Beautiful stuff from the legend. You won't ever be forgotten GOAT."

Another said: "Brings a lump to your throat."

A third added: "Billions billions of people on this earth throughout history and yet only a few are remembered, Maradona will be 1 of them."

As was the case throughout this video, the last known photo of Maradona also shows him smiling while in hospital.

One of the most gifted football players in history, his pinnacle of glory came when he captained Argentina to win the World Cup in 1986.

Celebrities
It’s always been the case that Donald Trump only has the power we give to him. Once we all collectively...
Lifestyle
Livestream and on-demand platform LiveXLive has announced the launch of a new original franchise show called “The Snubbys,” which is...
TV & Movies
Ceremony happens Feb. 28 Photo by John Russo Seven-time Golden Globe winner and 15-time nominee Jane Fonda, 83, will receive...
World News
The Daily Star's FREE newsletter is spectacular! Sign up today for the best stories straight to your inboxPrime Minister Boris...
Beauty
When you want to get a workout in but you don't have much gear or time at hand, it helps...
Fashion
CLEANING fans are going wild for Mrs Hinch’s new homeware range in her signature style, and you guessed it -...
Recent Posts
We and our partners use cookies on this site to improve our service, perform analytics, personalize advertising, measure advertising performance, and remember website preferences.Ok