IRELAND cricket star James McCollum was the victim of a hilarious prank as his side crashed to an embarrassing defeat to England at Lord's.

The batsman was oblivious as Tim Murtagh crept up behind him and yanked his trousers down in front of everyone. 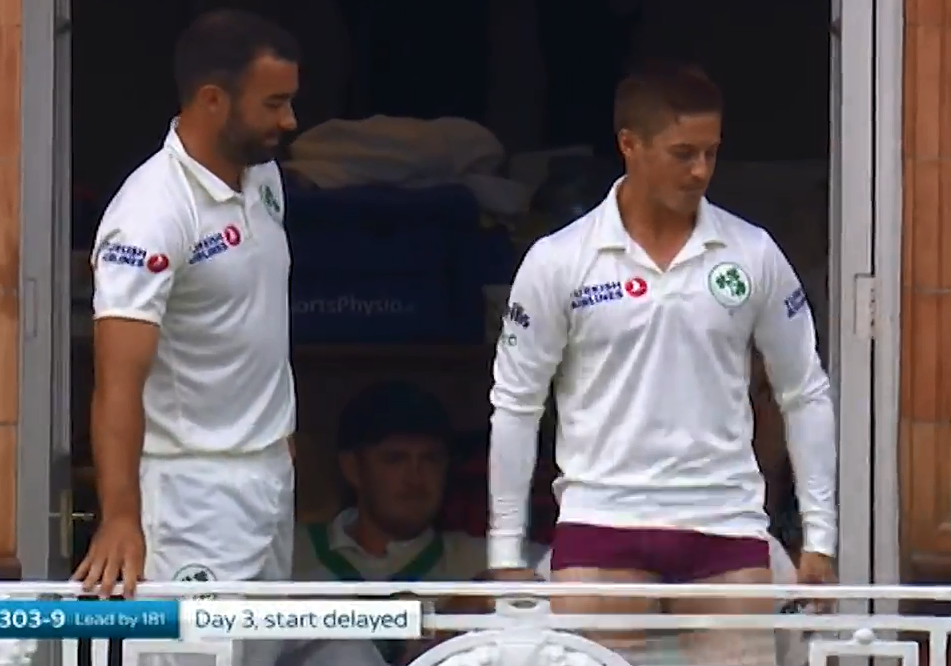 An embarrassed McCollum was caught by TV cameras hastily tugging them back up after his fetching maroon boxers were displayed to the world.

The visitors were humiliated in the second innings as they were bowled out for just 38.

But this didn't seem to dampen the team spirit in the squad as Murtagh made his teammate blush with the vintage practical joke.

Ireland had shown early promise bowling England out for a paltry 85 runs in the first innings before notching 207 of their own.

But the hosts' class eventually shone through as they bagged a respectable 303 – helped by Jack Leach's heroic 92 at number 11.

Before the Irish finally crumbled recording just 38 runs in reply.

England ran out winners by 143 runs but the Irish managed to keep spirits up as proved by the larking around in the pavilion.

The last time Lord's saw nudity like this was when mum of YouTube prankster Vitaly stripped during the Cricket World Cup Final.