The midfielder, 25, picked up a nasty injury with under 20 minutes to play of Saturday's Primera B clash. 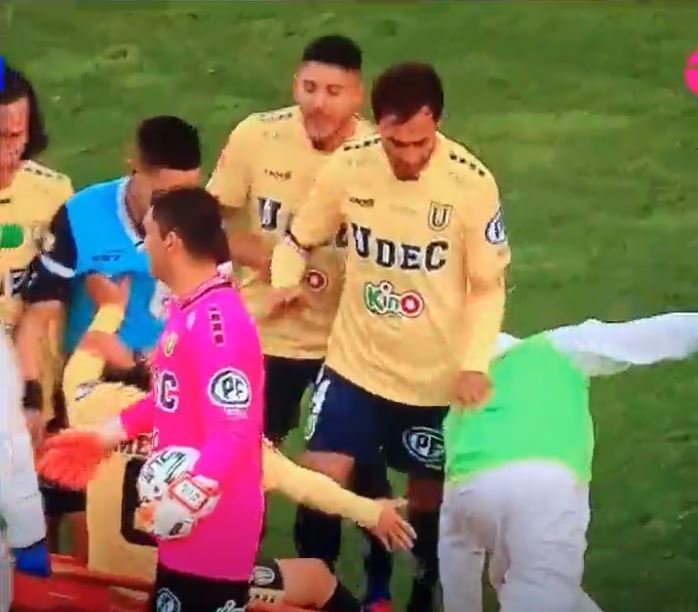 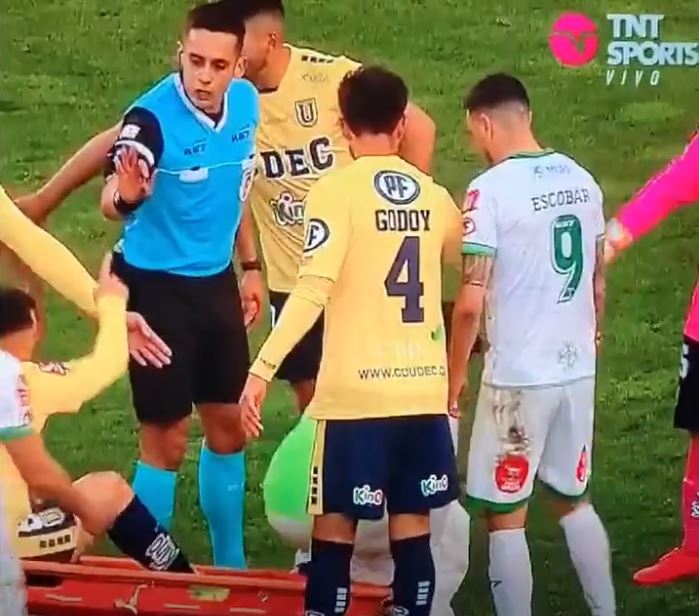 Medics rushed on to the pitch to treat Medel, with the ex-Chile Under-17s star clearly unable to walk by himself.

Armed with a stretcher, the stadium docs attempted to haul him off the field of play.

But in picking him up, one of the medics slipped and sent Medel crashing to the turf… again.

As the doctor attempted to stand up, he slipped again and fell on his bum – leading to Medel's team-mates furiously surrounding him.

Clearly struggling to carry the stretcher, a RIVAL player eventually grabbed an end and helped carry Medel off the pitch to safety.

The whole saga led to a lengthy break in play.

But Universidad de Concepcion made full use of every second of stoppage time.

The Chilean squad – who were relegated from the top-flight last season via playoffs – scored a 96th-MINUTE equaliser thanks to Carlos Escobar's dramatic strike.

The crucial point still leaves Universidad de Concepcion 13th in the 16-team league, with Temuco in seventh after 23 games of the season.