The 23-year-old striker was only introduced in the 73rd minute of Brest's 2-0 away win at Ligue 1 rivals Dijon. 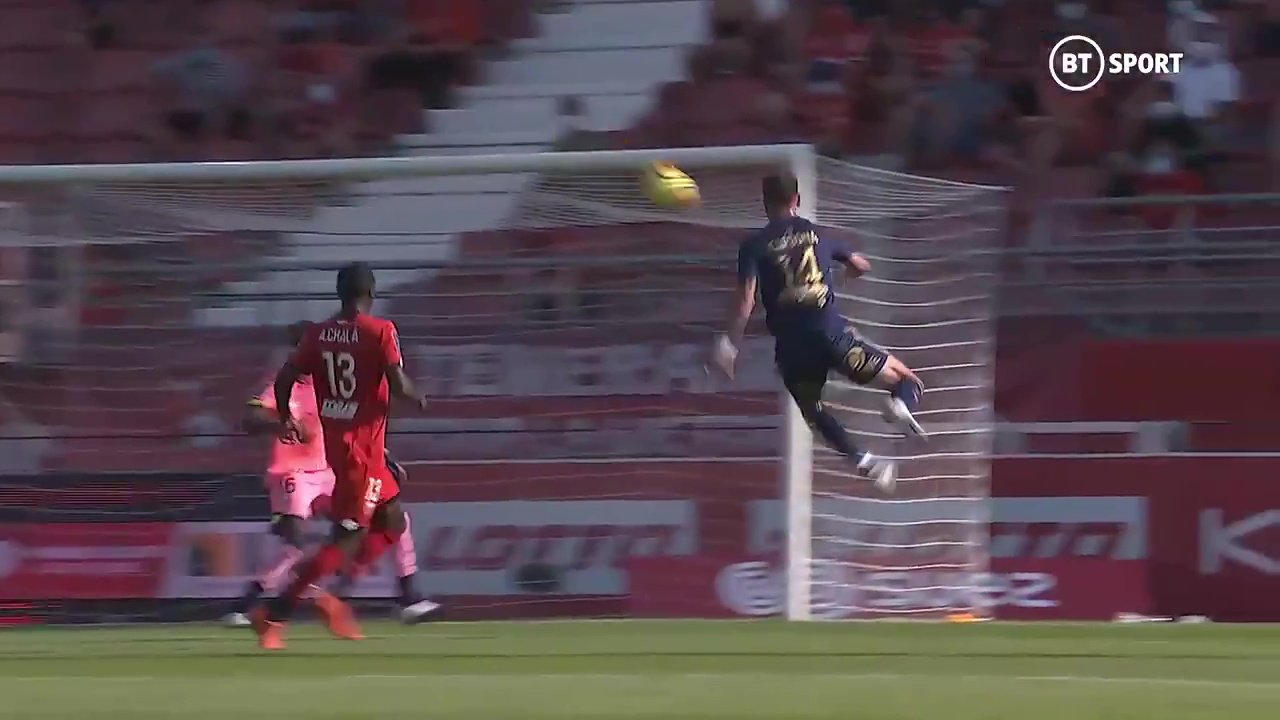 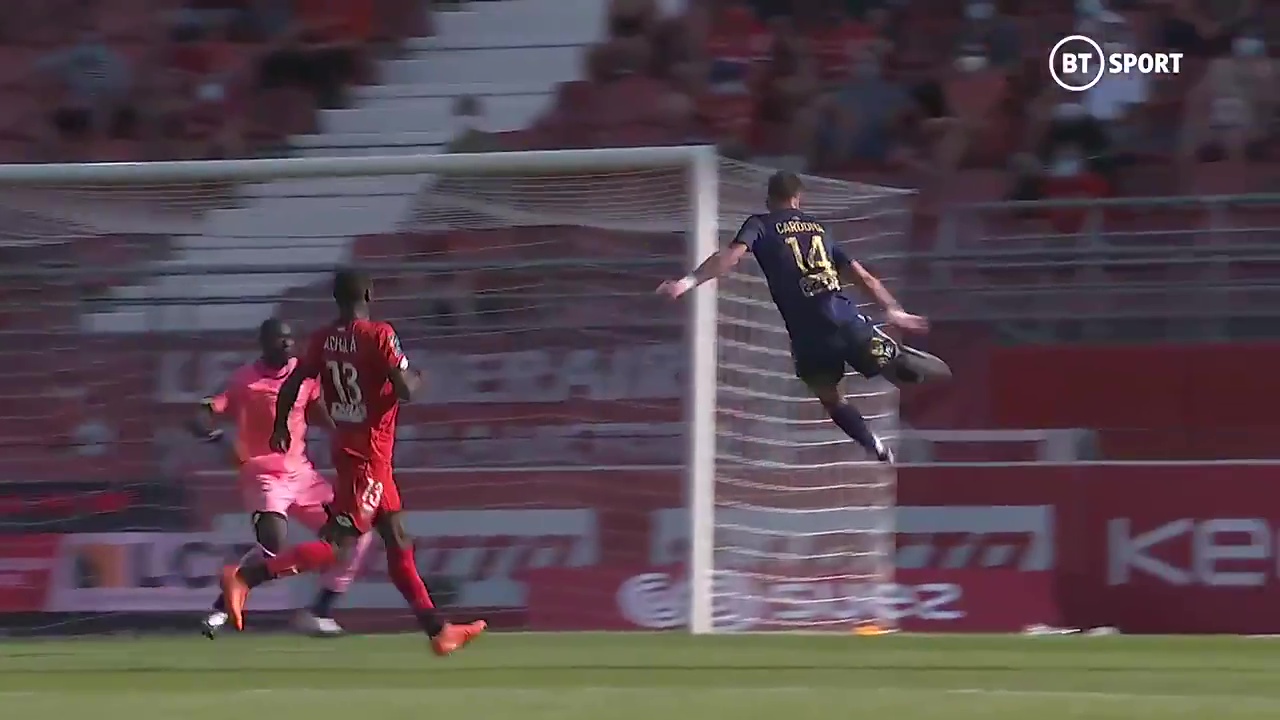 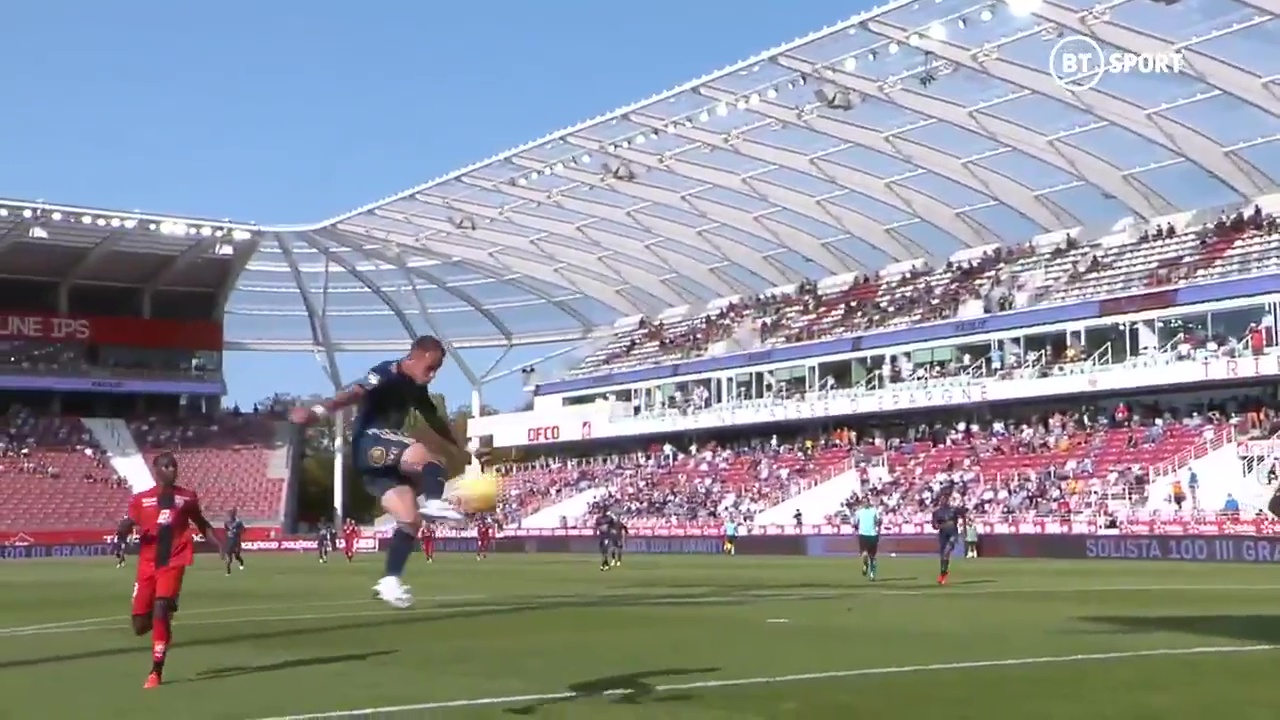 And he waited until the final moments of the contest to score the goal of a lifetime.

As the visitors broke at pace, a deep cross into the box appeared to be out of reach for Cardona.

That was until he showed unbelievable athleticism and technique to leap off the ground and hammer the ball into the roof of the net on the volley.

Taking a leaf out of Cristiano Ronaldo's book, Cardona's hang time was incredible as he waited for the ball to reach his path.

In one fluid motion, he then used his right foot to connect with the ball at the perfect time to leave the keeper with no chance.

It was no wonder his strike, that had shades of Paulo Di Canio's famous volley for West Ham, sparked wild celebrations on the touchline.

BT Sport uploaded footage of the goal on Twitter and the slow motion replays showed just how brilliant the goal was.

Viewers on social media were also left in awe, with one commenting: "Watched it so many times and I still don't know how he did it." 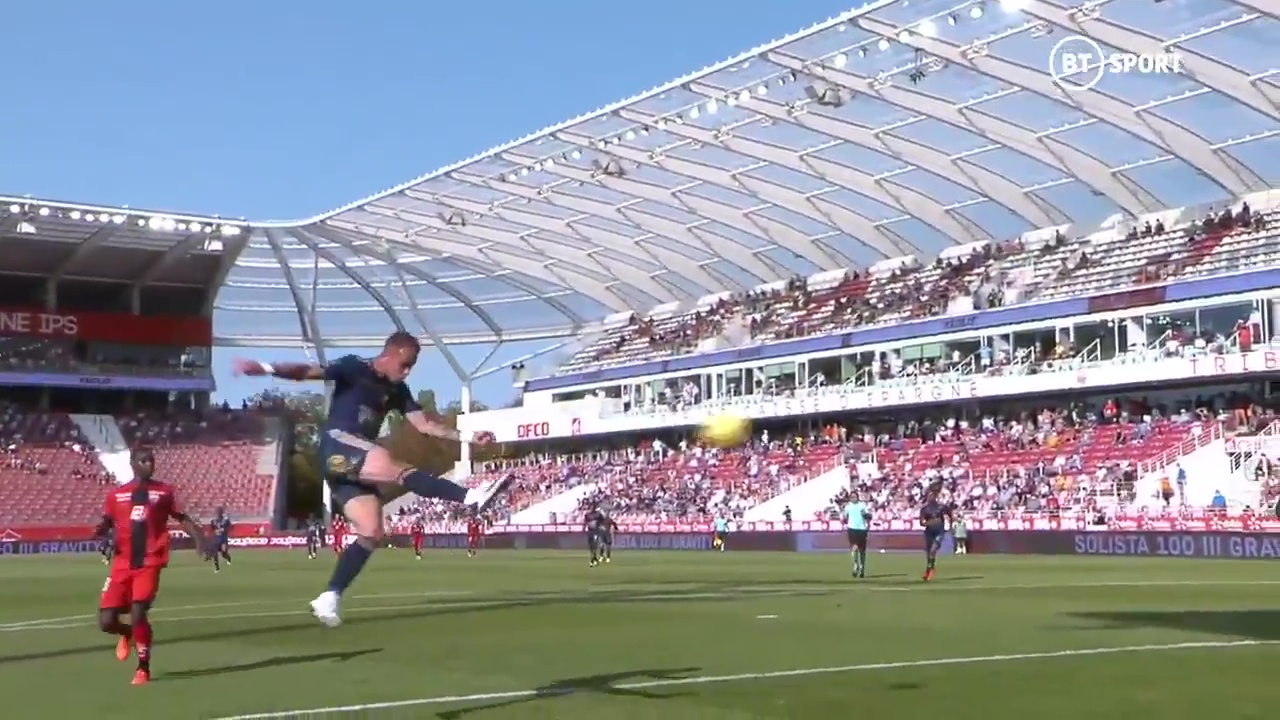 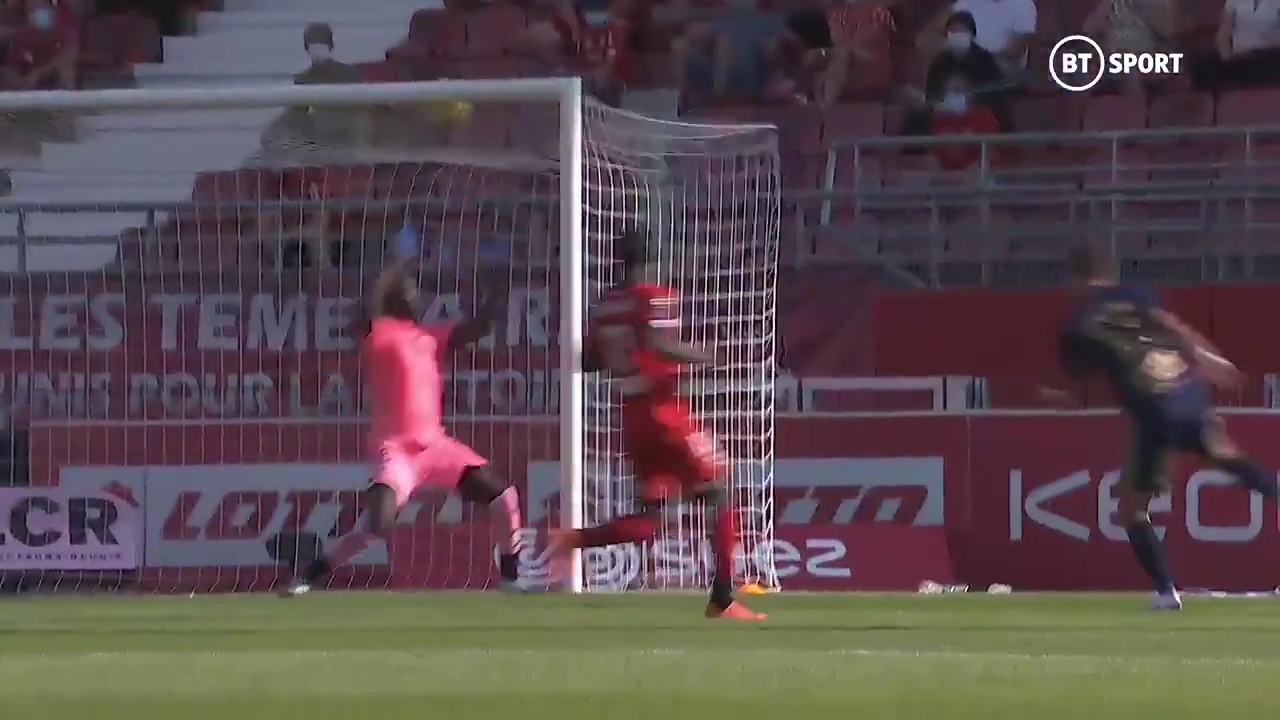 A third said: "One of the best goals I've ever seen."

Cardona has surely put himself in Puskas contention when the nominations are announced towards the end of the year.

The award is given to the best goal in a calendar year from across the globe with Debrecen's Daniel Zsori claiming the award in 2019.