JOHN FURY said Jake Paul can 'thank his lucky stars' he is banned from America after squaring up to a TV monitor.

The animated boxing trainer was joined by his son Tommy, who fights Paul on December 18, and his eldest Tyson. 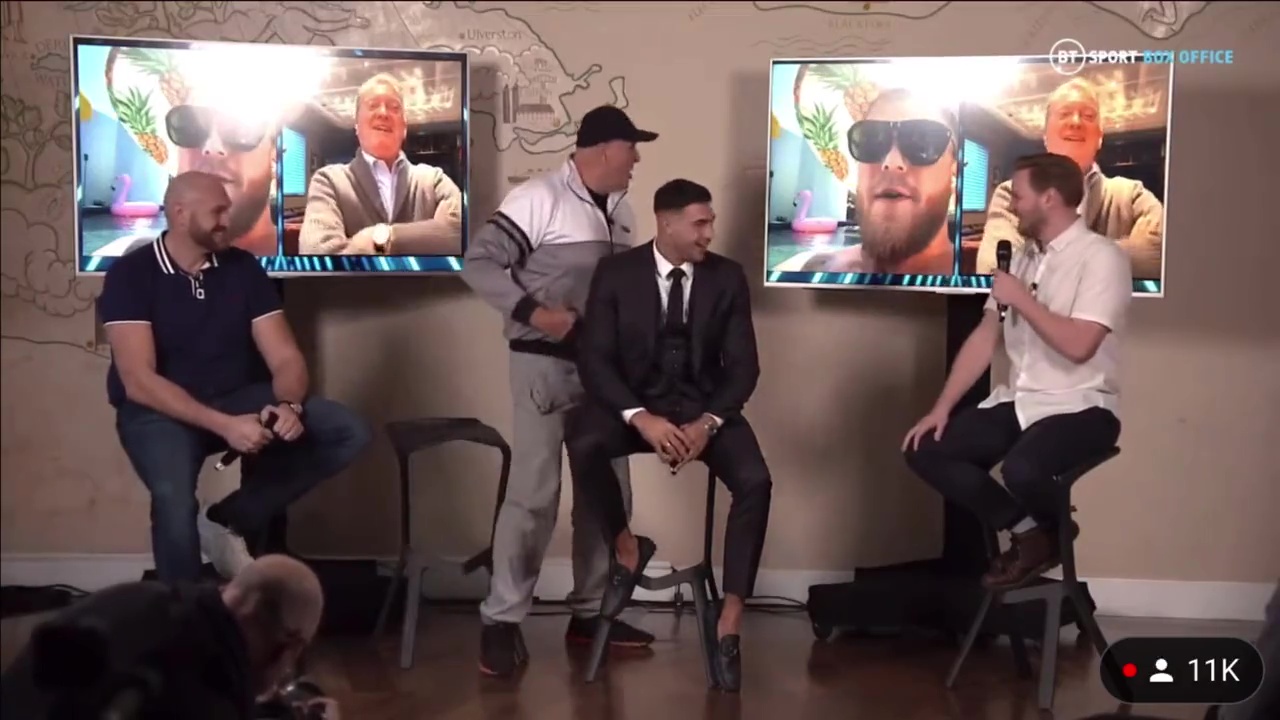 Together, they held a press conference to promote the fight and were joined virtually by their YouTube star rival.

But it did not stop John from trading words and insults with Paul through a TV screen, as he eventually squared up to the monitor with his fists clenched.

At one point, Paul told John: "You're mad because you can't come to the United States."

Due to a prior criminal conviction, John is unable to travel to America, which has prevented him from cornering Tommy, 22, and Tyson, 33, before.

But John, 57, hit back: "I'll tell you what, you wouldn't like to meet the old man. You can thank your lucky stars I'm banned from your country.

"Because I'd get you and slap you."

The talking point from the chaotic press conference came after John made an outrageously crude remark to Paul and his girlfriend Julia Rose.

He said: "When Tommy knocks you out, he's gonna bend your girlfriend over and do her like a dog."

Tommy, who is in a relationship with Love Island co-star Molly Mae-Hague, 22, was left head in hands after the comment.

But in August, he improved to 4-0 with a win over eight rounds against ex-UFC champion Tyron Woodley, 39.

On the undercard, Fury beat Paul's sparring partner Anthony Taylor, 32, to move to 7-0 and set up the mega-fight. 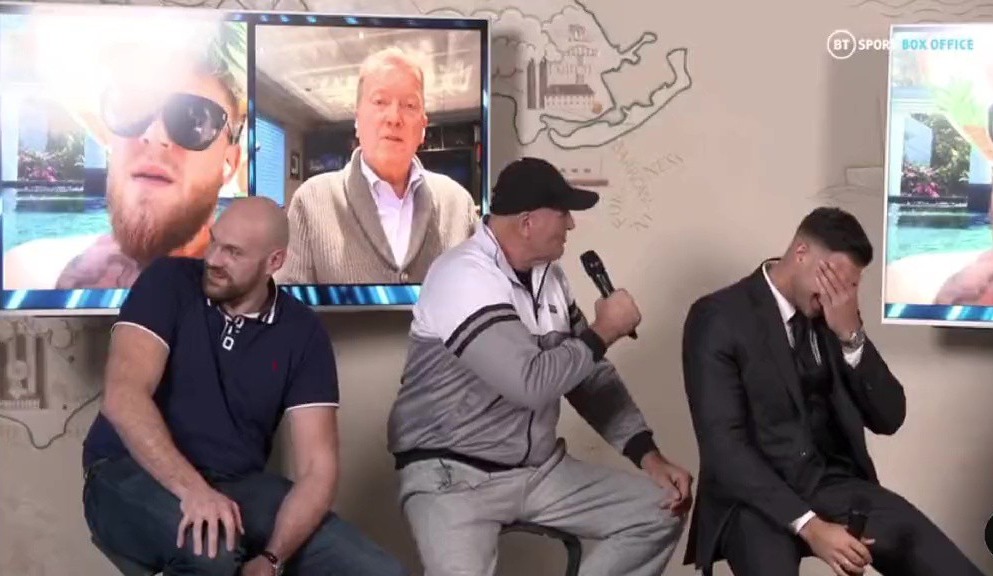