KAI ROONEY is starting to make a name for himself in Manchester United's academy – hitting FOUR goals against Liverpool.

Wayne Rooney's son, 11, scored all of his team's goals but couldn't stop his side from suffering a 5-4 defeat away to their arch rivals. 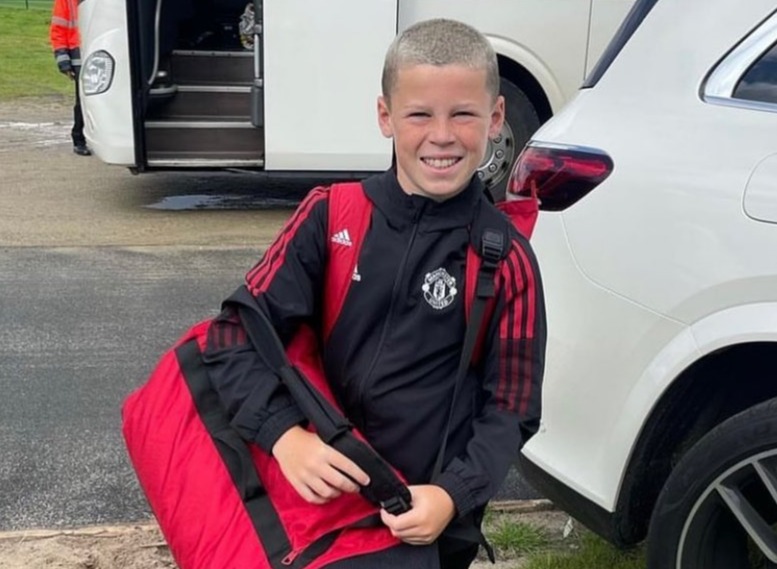 Kai, playing for the Under-12s, revealed the result on his Instagram account – managed by dad Wayne and mum Coleen.

The talented youngster is documenting his progress on social media and has already scored plenty of goals for the club.

Kai joined the Red Devils last December, signing a contact alongside his parents.

Rooney Jr – an Everton fan – had multiple offers but chose to join the club where his dad enjoyed the majority of his success.

Wayne, who is currently the manager of Championship strugglers Derby County, is the leading scorer in Man Utd's history with 253 goals.

Kai scored a hat-trick and set up another three goals for the U11s in a 6-3 victory against Stoke in May.

He also went on his first away trip with Man Utd's academy in August.

Cristiano Ronaldo's son – Cristiano Jr, 11 – is also in the club's youth system, although it's unclear whether he plays in the same team as Kai.

And so is Robbie Savage's son – Charlie, 18 – who signed his first professional contact with United in April.

Several Red Devils icons have seen their youngsters play for the club at youth level, including Phil Neville's son Harvey, who now plays alongside Romeo Beckham in Miami.