POTTERS CORNER became a household name with success at Aintree in April – in the Virtual Grand National! 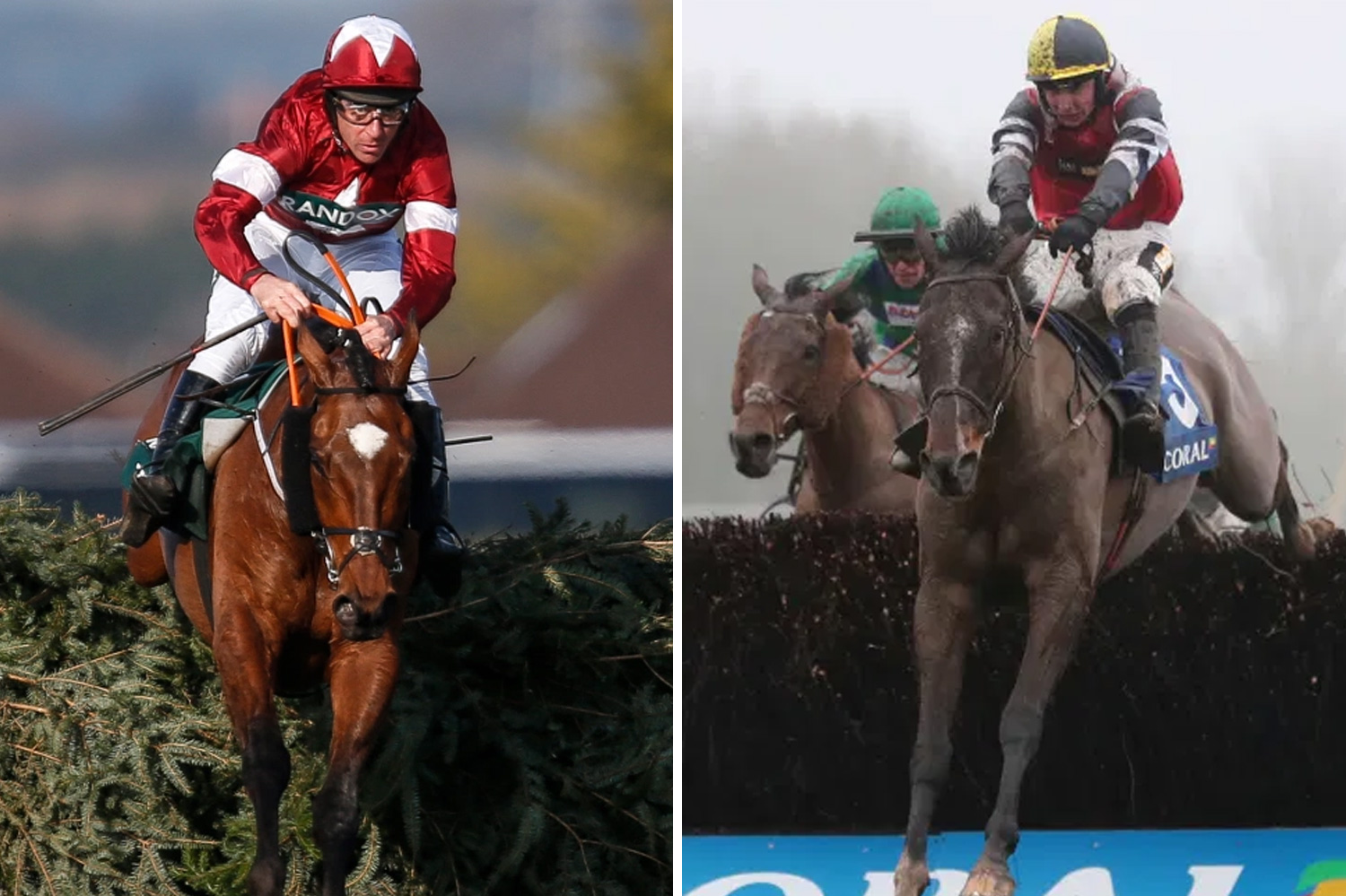 The 10-year-old takes on Gordon Elliott's legendary chaser in the Glenfarclas Cross Country Chase at 3pm.

It's unlikely to be the last time the pair clash, with Williams confirming that all roads lead to Aintree for Potters Corner this season.

He may have finished ahead of Tiger Roll in the virtual world, but Williams knows his horse faces a tough test at jumps HQ.

And the bookies agree, with Betway making Potters Corner an 8-1 shot behind Tiger Roll (11-4) and Easysland (8-11f) for Friday's race.

He said: "The Aintree Grand National is the main aim.

"But in the lead up we hope he might not have as hard a time in cross-country races as he would in long-distance handicaps. It's not done Tiger Roll any harm!

"It's a new angle and we're trying to get a bit of longevity as he's rising 11. This could help get another season or two out of him and I'm optimistic he'll enjoy it.

"It's a shame Easysland and Tiger Roll are in opposition as he's thrown straight into the lions' den but he schooled well last Wednesday and he's fairly adaptable.

"Everything we've asked of him he's duly obliged. But we fully appreciate that when Tiger Roll ran over these fences the first time he was beaten 30 or 40 lengths so it could be a learning curve."

Leading Irish trainer Elliott ran Tiger Roll in a Flat race to blow the cobwebs away last time out, and he is hopeful that the 10-year-old will have another history-making season.

Elliott wrote in his Betfair Blog: "It will be great to see Tiger Roll back at Cheltenham and the ground doesn’t look as soft as it was at the Festival so that should help him.

"However, I think he is going to have his work cut out to give four pounds to Easysland who was so impressive when winning here in March.

"As everyone knows it’s all about the second half of the season for Tiger Roll and we are just bringing him along steadily with a view to having him spot on to be back here in March before he then heads to Aintree."