Jon Gruden resigned as head coach of the Las Vegas Raiders on Monday after a New York Times report exposed racist, misogynistic and homophobic comments he made in emails from 2010-2018.

As the organization deals with his departure and the fallout from those remarks, questions loom about what this might mean for his monster $100 million contract signed back in 2018.

Gruden, 58, served as head coach of the then-Oakland Raiders from 1998-2001. The following season he would take over the Tampa Bay Buccaneers, which he coached to Super Bowl victory over his former team. He stayed with the Bucs until 2008 and the following year he joined ESPN as a football analyst. 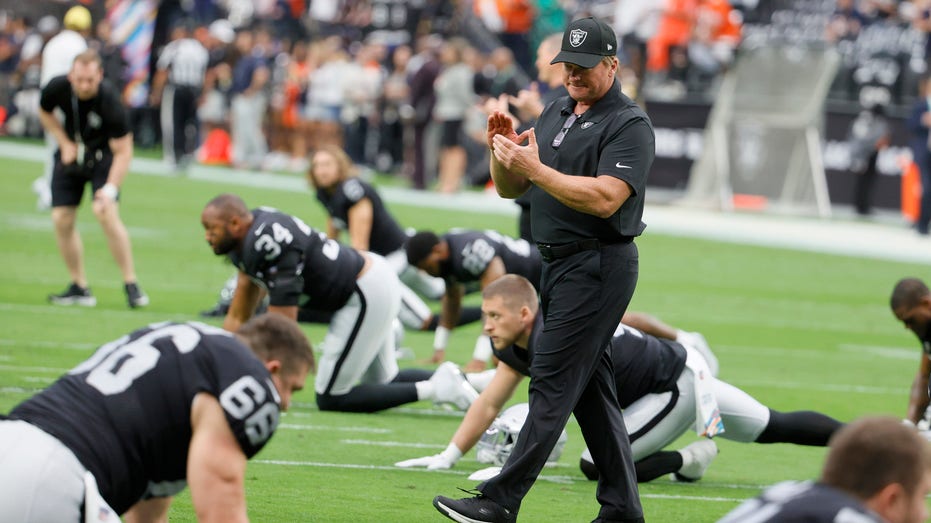 Head coach Jon Gruden of the Las Vegas Raiders talks to his players as they stretch before a game against the Chicago Bears at Allegiant Stadium on October 10, 2021 in Las Vegas, Nevada. The Bears defeated the Raiders 20-9.  (Ethan Miller/Getty Images / Getty Images)

Gruden would return to the Raiders in 2018, signing a 10-year, $100 million contract as the team’s new head coach. According to SportingNews.com, the deal made Gruden the third highest-paid NFL coach by annual value, only behind Bill Belichick and Pete Carroll.

Gruden was entering his fourth year under the new contract earning $10 million a year, meaning the remaining $70 million is on the line following his resignation on Monday. 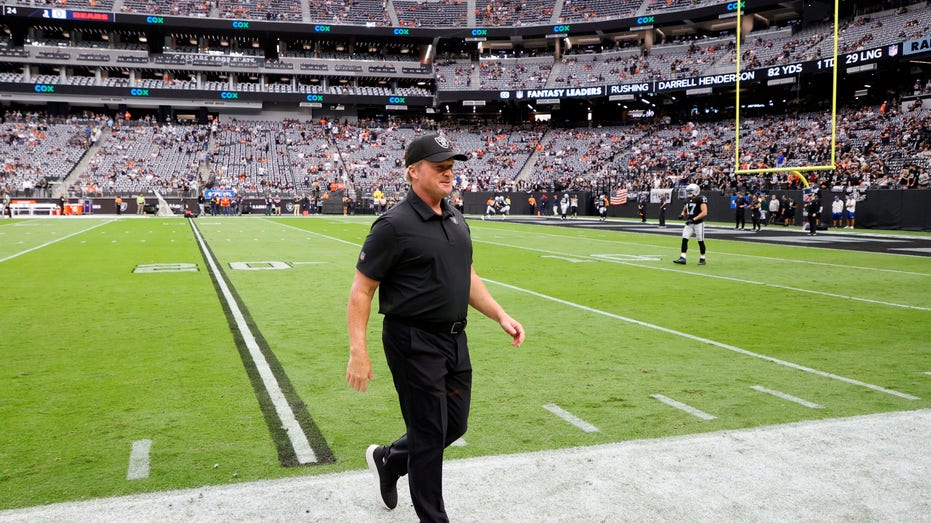 LAS VEGAS, NEVADA – OCTOBER 10: Head coach Jon Gruden of the Las Vegas Raiders walks on the field before a game against the Chicago Bears at Allegiant Stadium on October 10, 2021 in Las Vegas, Nevada. The Bears defeated the Raiders 20-9. (Photo by Et (Ethan Miller/Getty Images)

But according to The Athletic’s Tashan Reed, Gruden "forfeits" the remaining balance on the deal. It’s not immediately clear how much the coach has been paid through Week 5 of the season. 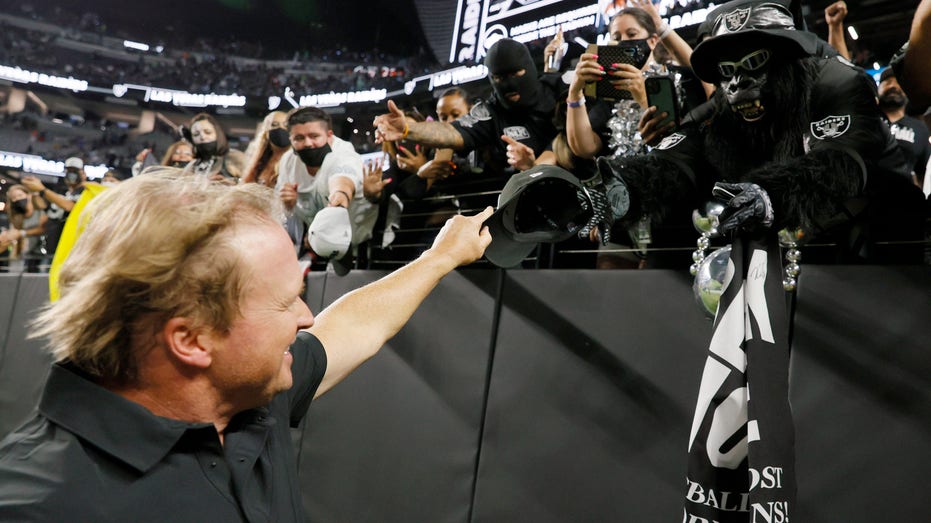 Comments Gruden made about the deal back in 2018 have been circulating again since his departure from the team. He told USA Today at the time that, "If I can’t get it done, I’m not going to take their money."