WWE star Dana Brooke watched in the crowd as her new boyfriend, fighter Ulysses Diaz, pull off one of the fastest knockouts in combat sports history last weekend. 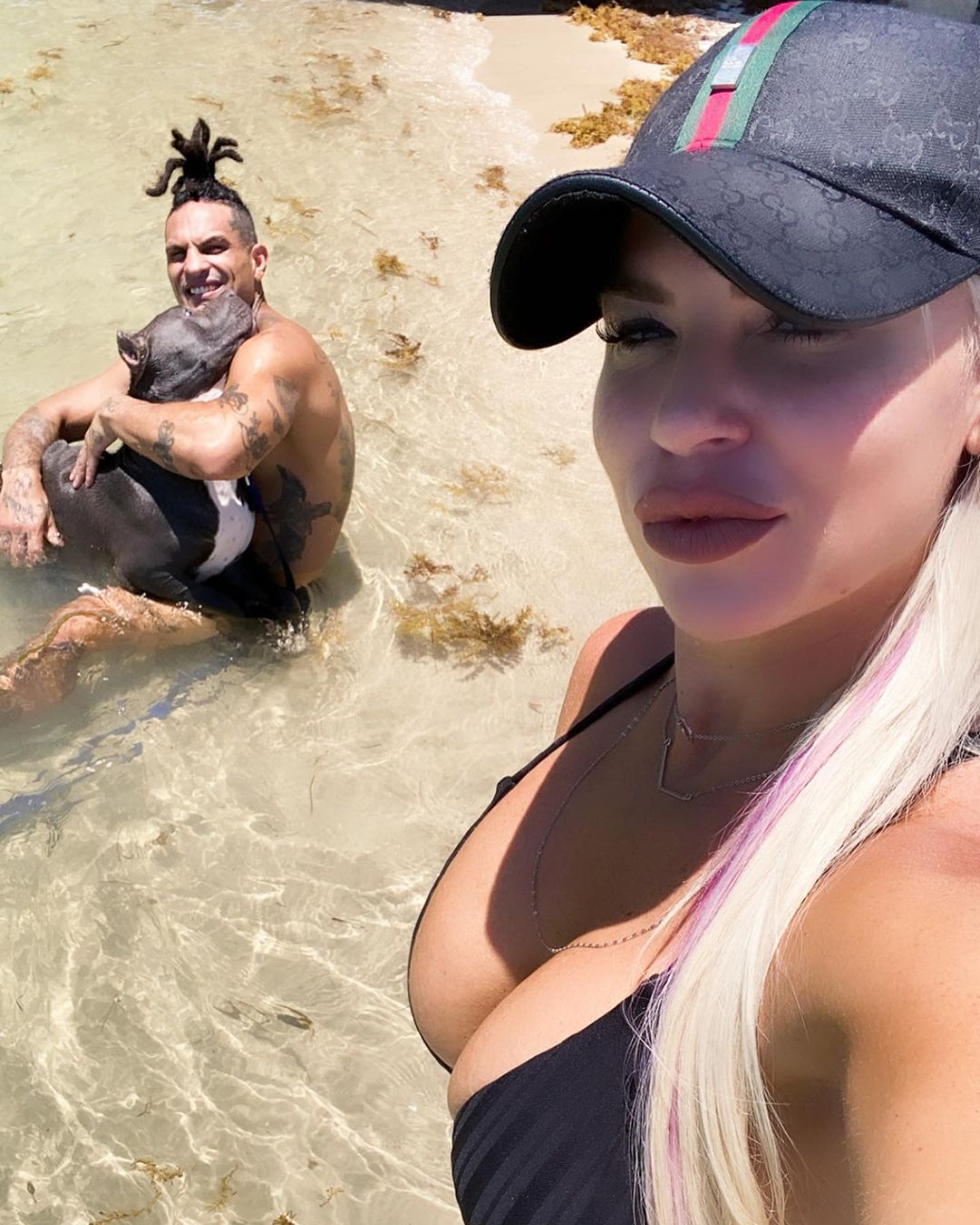 At the Bare Knuckle Championship event on Friday night the Cuban fighter Ulysses Diaz wowed fans when he knocked out Donelei Benedetto in just three seconds. 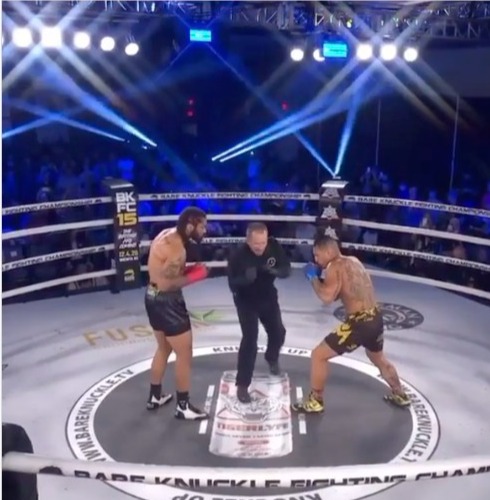 Prior to dating the rising boxing star the 31-year-old blonde beauty was romantically linked to WWE Hall of Famer and Guardians of the Galaxy star Dave Bautista.

Here is everything you need to know about Dana Brooke's new boyfriend.

Ulysses Diaz is a Cuban athlete and fighter. 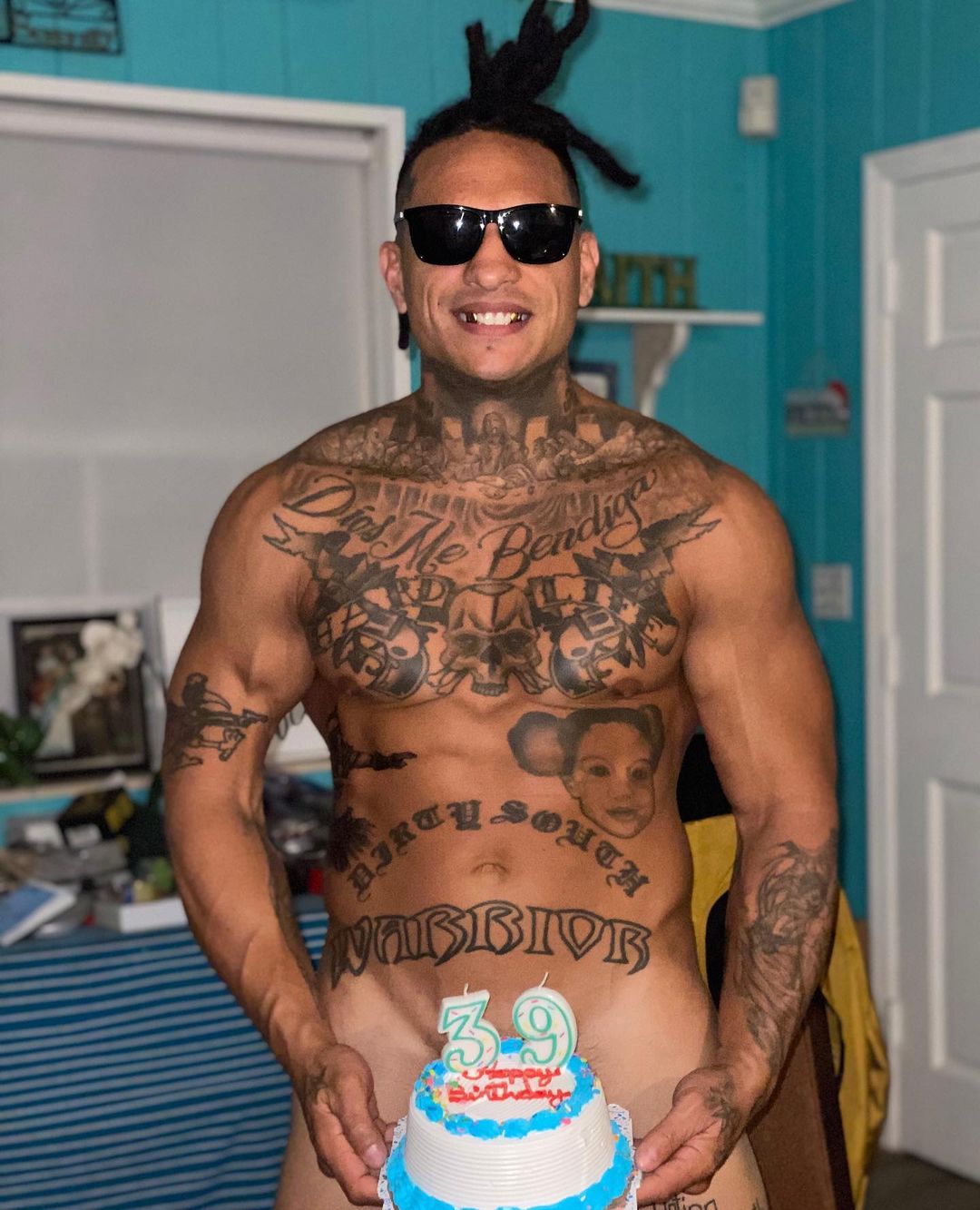 Diaz is 39 years old and has competed as a heavyweight in boxing, MMA, and now Bare Knuckle fighting.

Diaz has 11 knockouts in professional boxing, with a 21-1 record. 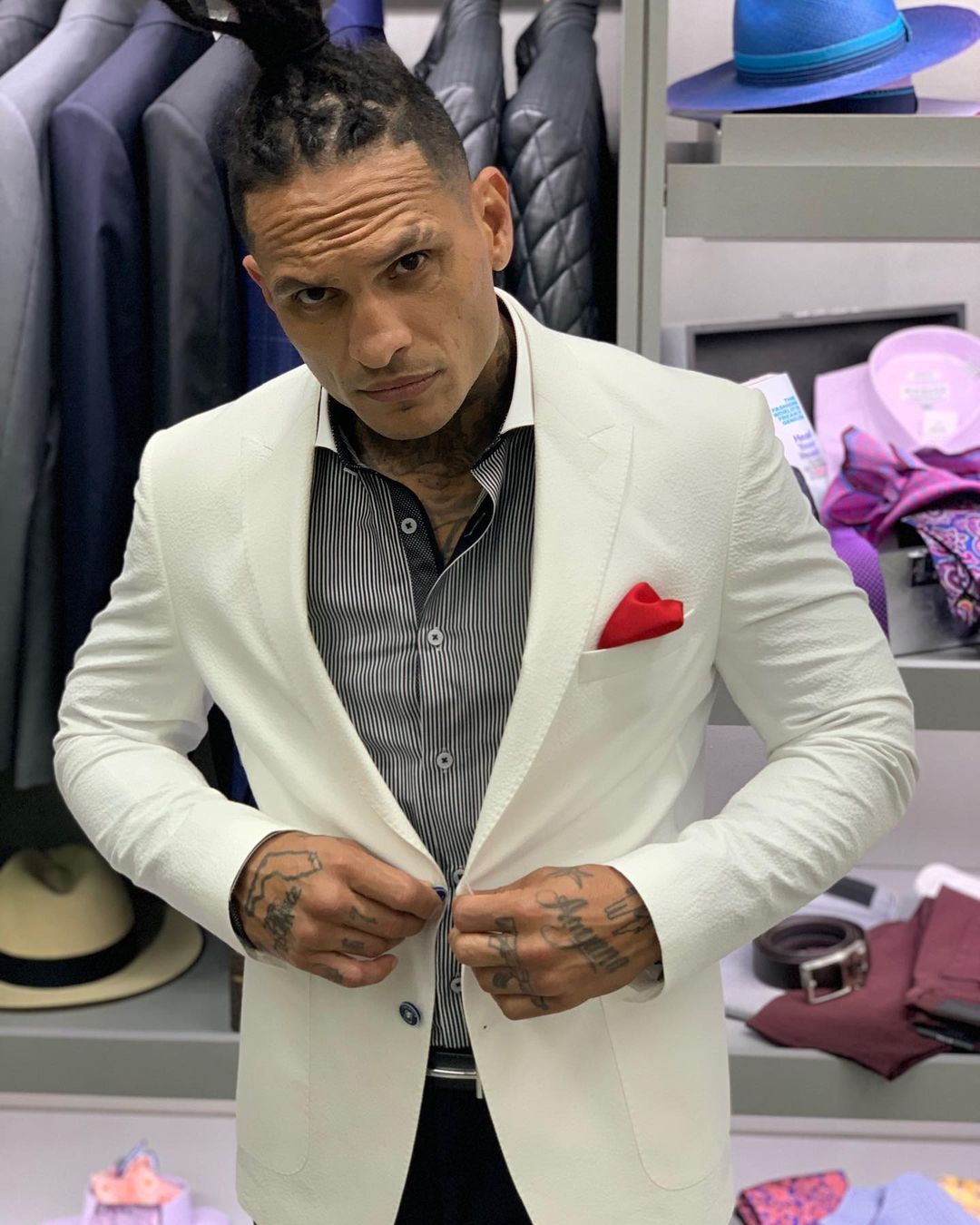 He also scored a knockout win in mixed martial arts in the Titan MMA competition.

He also now has two first-round knockouts in fights in the Bare Knuckle Fighting Championship.

How long have Ulysses Diaz and Dana Brooke been together?

Dana Brooke's dating history has long been fodder for fans. 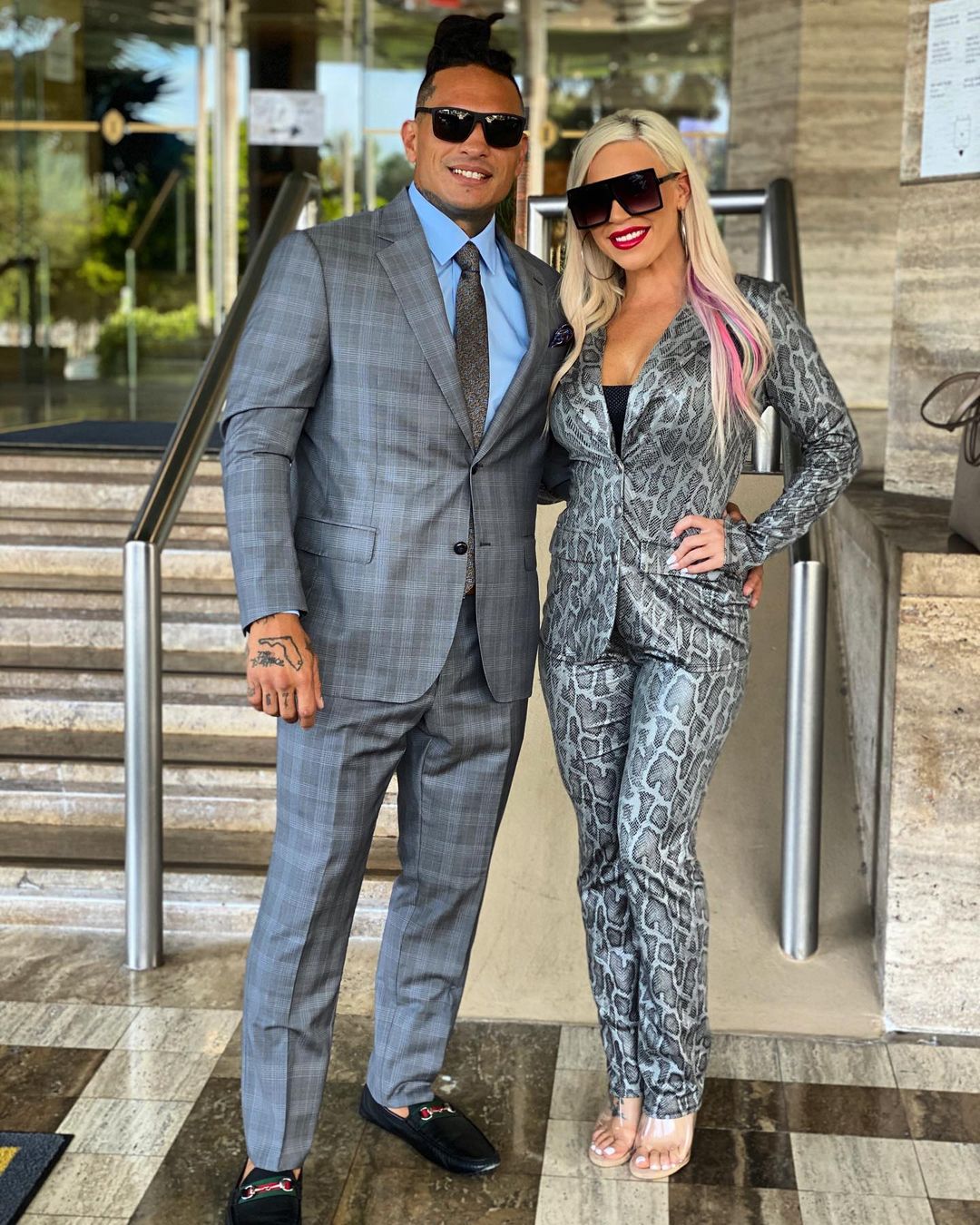 After a very public flirty exchange with star Dave Bautista on social media fans have wondered who the wrestler is dating.

Dana first posted photos with Ulysses Diaz to her Instagram profile in February of 2020. 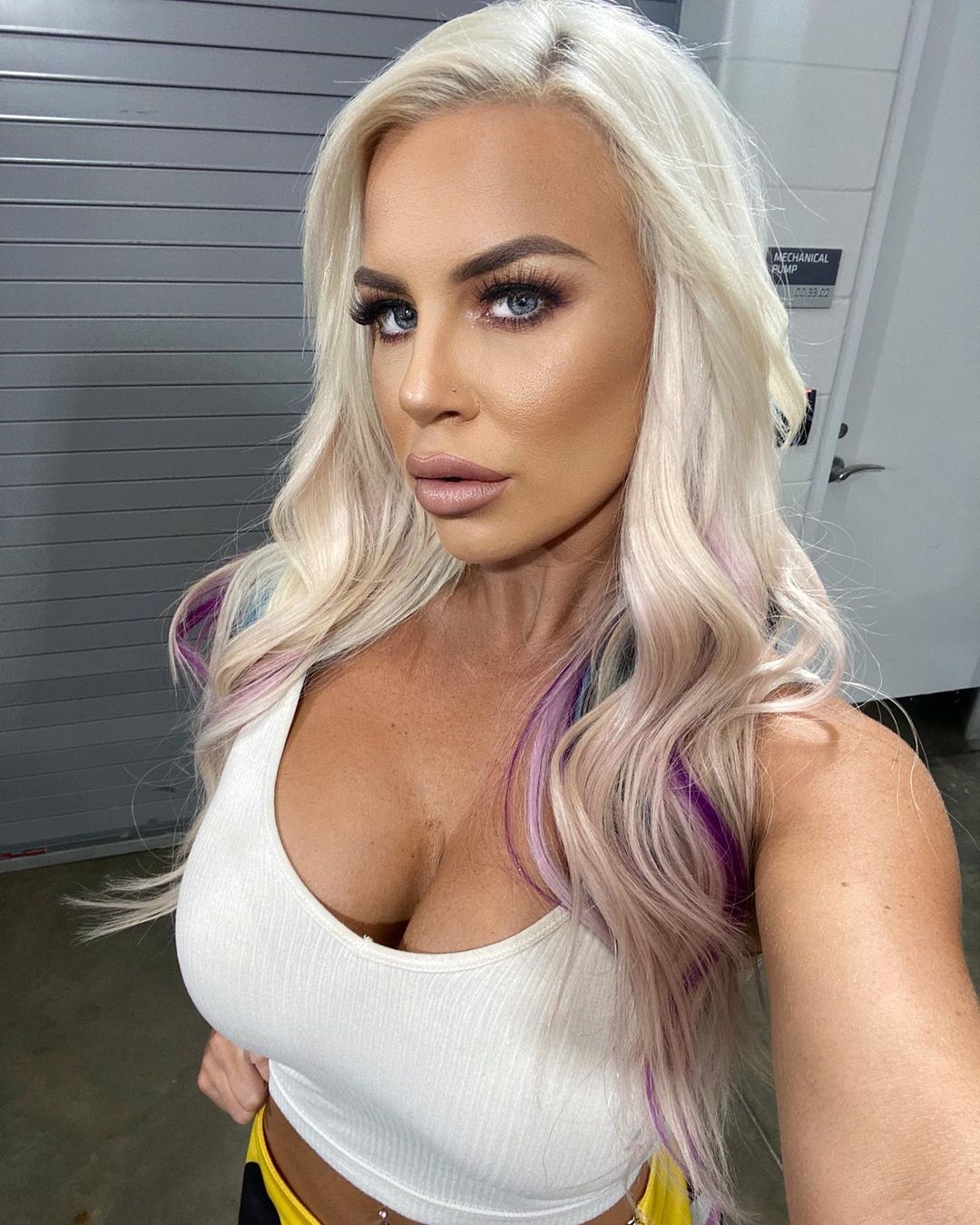 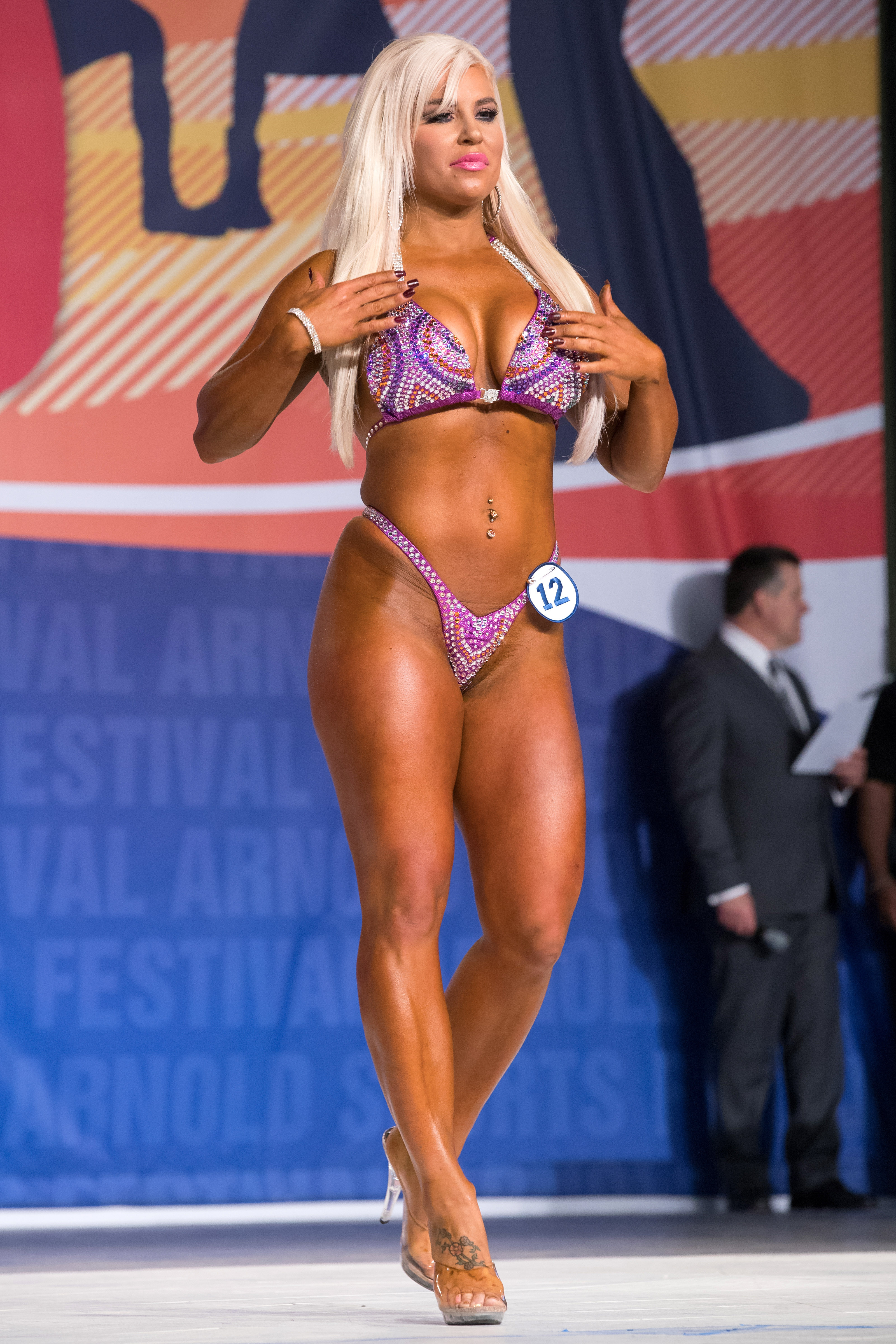 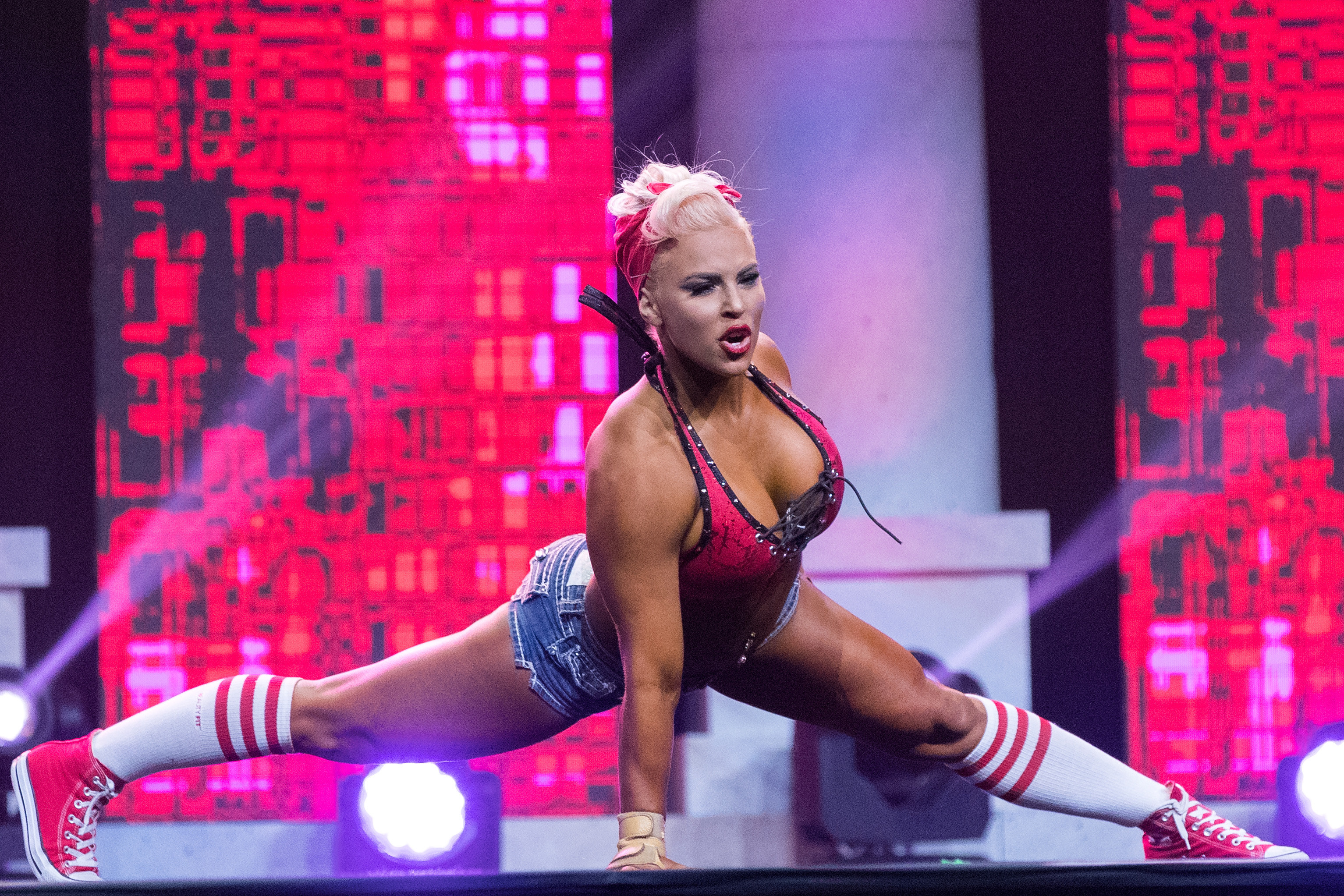 The new couple dressed as Barbie and Ken for this year's Halloween.

Last in 2019, Dana and Bautista exchanged flirty tweets for their combined 2 million followers. 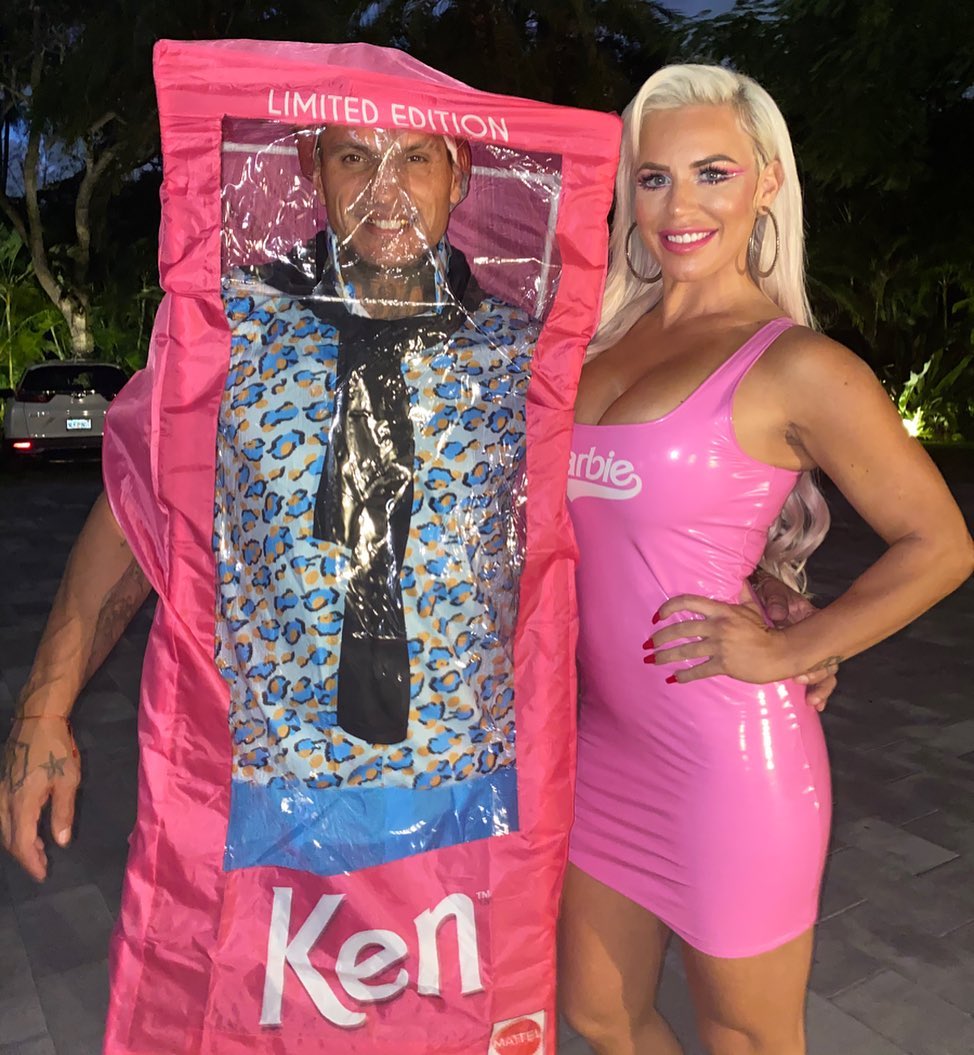 The two flirted online for a few weeks, with the exchanges being used in story lines with WWE on Fox YouTube channel making a compilation video.

Despite causing a stir among fans, Dana and Bautista never dated seriously but remain good friends. 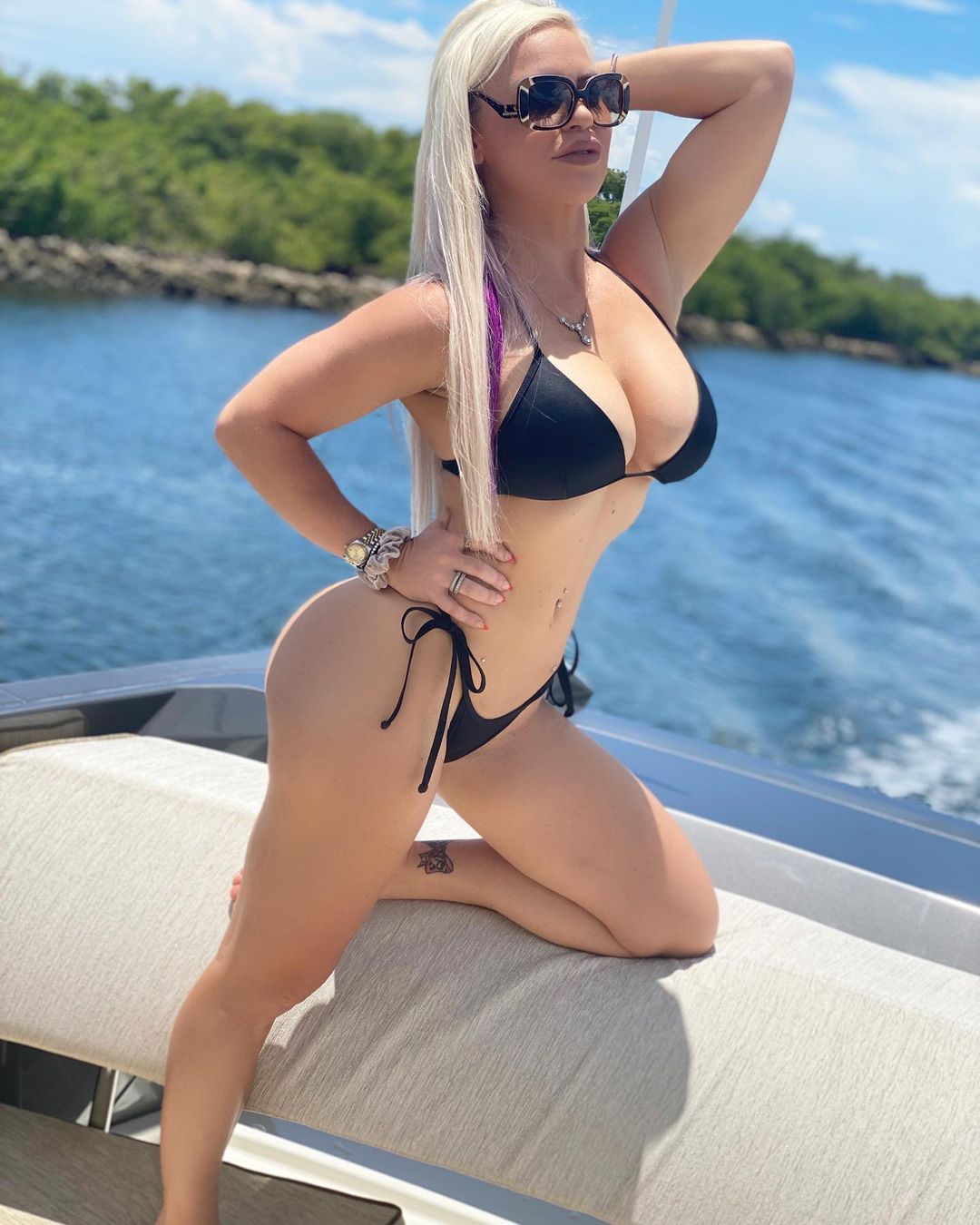 Dana told Forbes, “There’s always been interest between Dave and I as far as friendships and everything. We share a lot in common as far as being in the business and outside, and being very passionate about giving back and charity work as well.”

“It’s just with my schedule being so so busy, and Dave doing a lot of movies, our times are very limited. But we still communicate, we still talk on a regular basis, my boyfriend now [Uly Diaz] and him also have a lot in common as far as the fight game goes.” 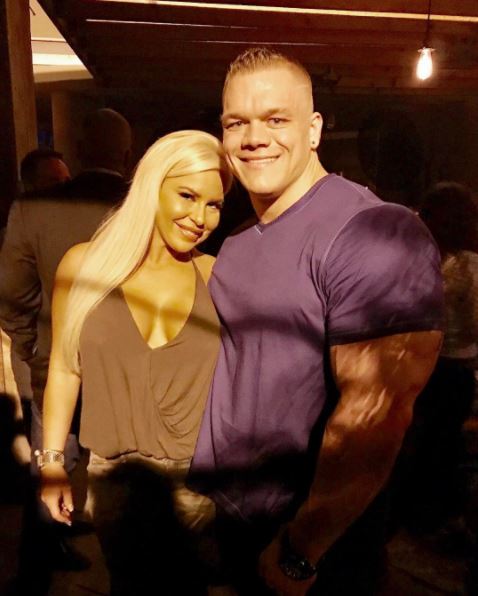 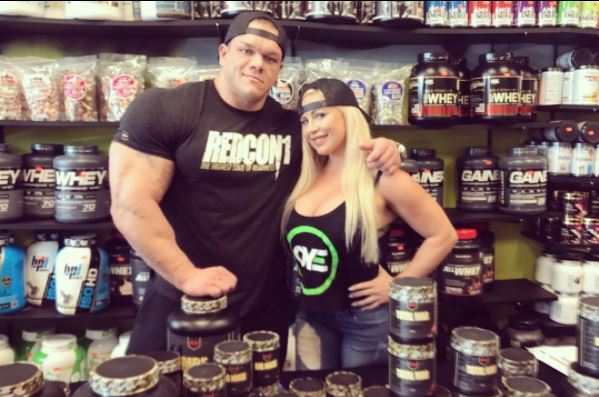 In August 2017 the 26-year-old passed away suddenly from choking on food.

Dana Brooke told TMZ, that McCarver was found unconscious at his home just after midnight Tuesday morning after they spoke on the phone. He was pronounced dead at a local hospital, and officials say that there aren’t any signs of foul play. 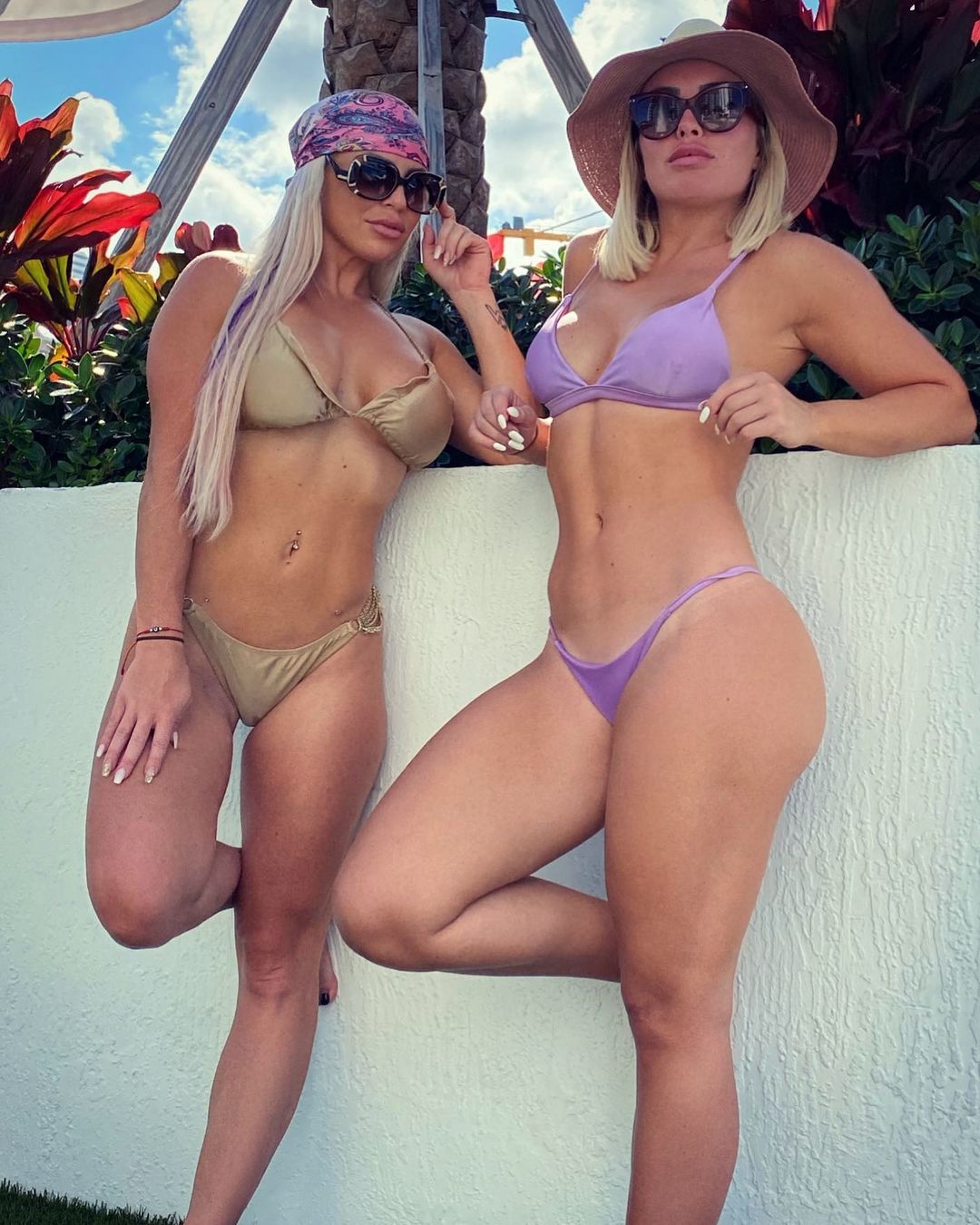 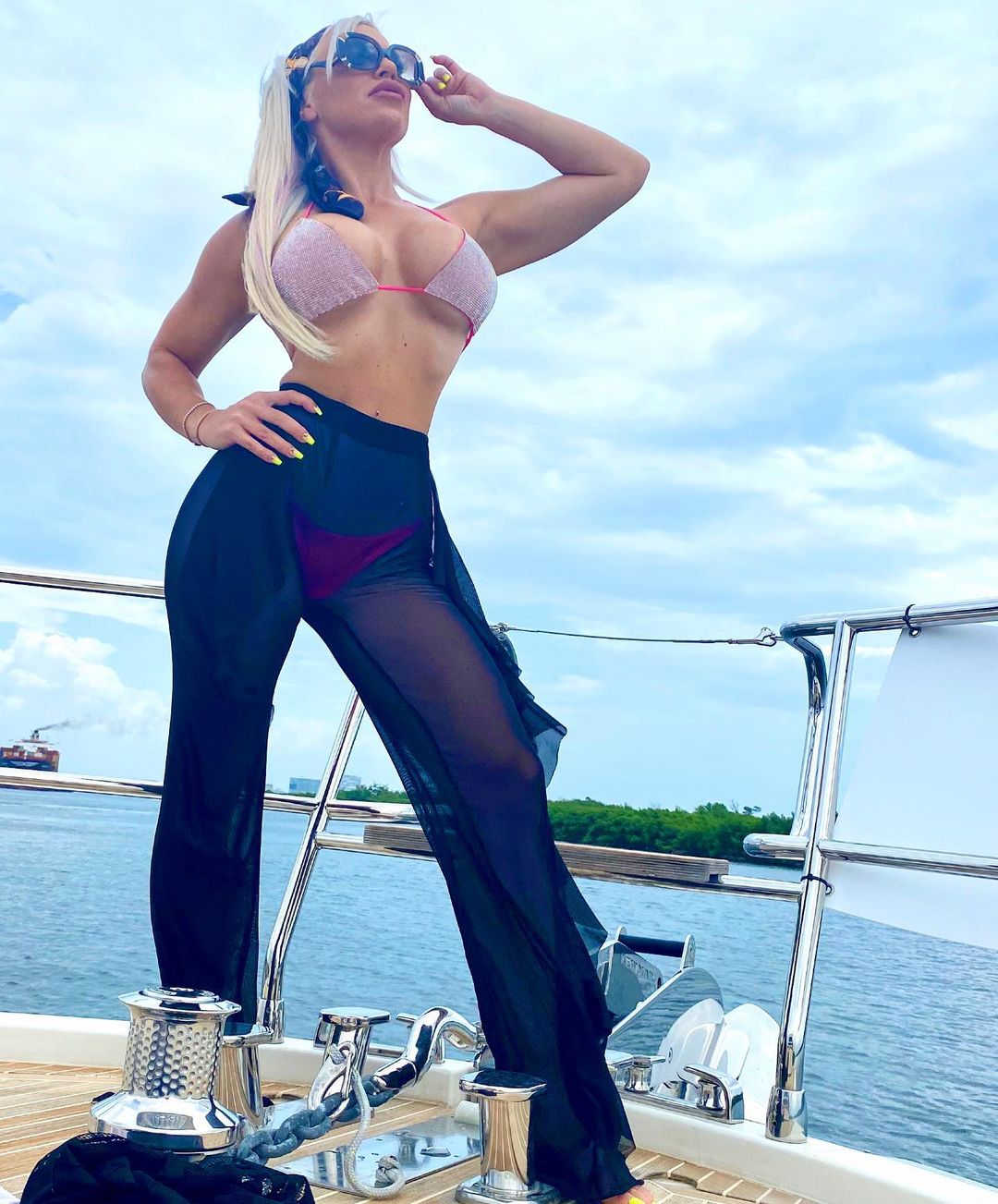 Fans are happy to see Dana back in the dating game with Ulysses.

Dana Brooke quietly signed a 5-year contract-extension in WWE and is currently performing on the Raw brand in a tag team with Mandy Rose.

Celebrities
Chrissy Teigen is in a ‘grief depression hole’ after the loss of her son Jack. The 34-year-old suffered a pregnancy...
Lifestyle
Battlelines are drawn in one of the biggest issues of 2020 - should neckties be compulsory in Parliament. Green Party...
TV & Movies
Dorothea G. Petrie, who won an Emmy award for the Hallmark drama Love is Never Silent, died at her home...
World News
A grandmother has been accused of drowning her baby grandson in a bathtub to avoid being shamed as he was...
Beauty
Nordstrom's Black Friday deals this year are GREAT. Nay, SPECTACULAR. And one of the best ones so far is the...
Fashion
When you say you'd do anything for your partner, does that include finding ways to be a better partner for...
Recent Posts
We and our partners use cookies on this site to improve our service, perform analytics, personalize advertising, measure advertising performance, and remember website preferences.Ok