SOCCER AID is back – and there's another star-studded line-up for 2019.

Football greats, sporting legends and A-list celebrities will all come together on June 16 for a charity extravaganza at Stamford Bridge. 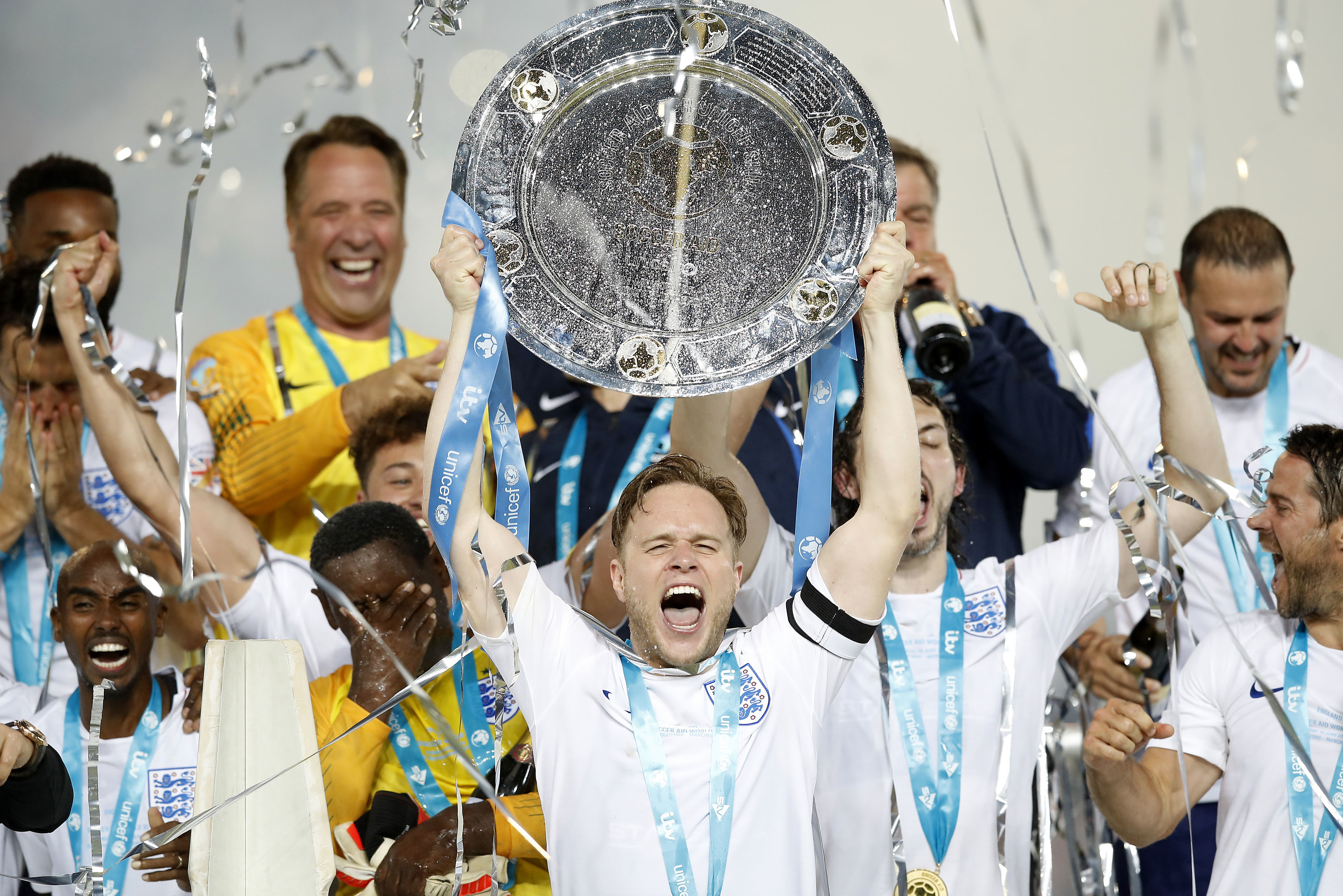 IT'S set to be another brilliant edition of Soccer Aid as England and the Rest of the World go head-to-head.

This year's game is being held at Stamford Bridge, home of Chelsea – and there's plenty of familiar faces on both sides.

FORMER England boss and long-ball specialist, expect Big Sam to munch through at least three sticks of gum before half-time.

ONE half of Good Morning Britain, former newsreader Susanna goes up against Piers Morgan in the dugouts.

FREESTYLE footballer who is more like to pull off a successful Rabona than curl in a late winner, Lynch is part of Britain's Got Talent alumni.

LEGENDARY England goalkeeper who won 75 caps for his country – but will be delighted that Ronaldinho isn't playing.

FORMER Towie heart-throb who has proved in previous Soccer Aid iterations to be more than handy with a ball at his feet.

FITNESS fanatic and all-round good eater, Joe is an Instagram star and scored an absolute belter of a penalty in last season's Soccer Aid shoot-out.

A SOCCER AID regular plagued by injuries, Shepherd is a familiar face for those watching ITV or Sky Sports.

EXPECT JT to get a rousing reception as he returns to Stamford Bridge following Championship play-off success on coaching staff at Aston Villa.

OLYMPIAN and all-round good guy, Mo was tirelessly utilised out on the wing last year at Old Trafford.

ANOTHER footballer turned pundit, Jamie will be keen to get one over his dad who is in the opposition dugout.

BEST known for his role in Homeland, the Birmingham actor was the shoot-out hero in 2018 where he saved two penalties.

NORTHERN comedian will be hoping for a better Soccer Aid experience after missing from the spot in last year's final with a shocking penalty.

KING of the Jungle and legendary former boss of Portsmouth, Spurs, Birmingham, West Ham and Bournemouth.

THERE's no shortage of former Chelsea legends, as the Ghanian looks to star in the World XI midfield engine room.

PART of Arsenal's Invicibles team of 2003, Pires will be looking to show he's lost none of his grace and skill since hanging up his boots.

ONE of two Brazilian female legends on the World XI, flying full-back Rosana played in the Samba colours of her country for 17 years.

SECOND of the Brazilian legends, the midfielder played for Brazil at the Beijing 2008 and London 2012 Olympic Games.

THE Chelsea legend's just keep coming – and the word legend is fitting for the Ivorian who netted a ridiculous 164 times for the Blues.

A NATURAL goalscorer, expect the Irishman to whip out his traditional forward-roll celebration if, or more likely when, he scores at the Bridge.

A CROWD favourite, the Frenchman came off the bench last year in one of the most iconic Soccer Aid moments of them all.

FORMER Westlife member Nicky has had good practice at getting up off a stool if he starts on the bench in West London.

A-LIST actor from Glasgow, James will be recognised by Marvel fans as Professor X from the X-Men franchise.

Soccer Aid is back on Sunday, June 16.

It will be held at Chelsea's Stamford Bridge.

You can watch ALL of the action live on ITV from 6.30pm until 10pm.