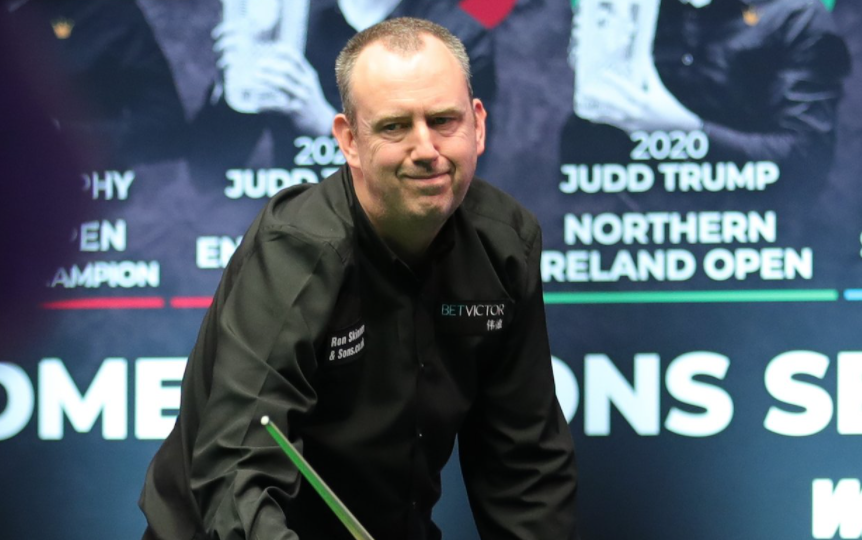 Mark Williams has wished Jordan Brown the best of luck for the Welsh Open final against Ronnie O’Sullivan after being taken apart by ‘the best player in the world’ in Saturday night’s semi-final.

The Rocket was in fine fettle against the Welsh Potting Machine, dropping the first frame but then cruising to a 6-1 win and rarely looking troubled.

Awaiting the world champion in the final is the surprise story of the week, Jordan Brown, who has ousted Mark Selby and Stephen Maguire in the last two rounds to reach this stage.

Williams believes O’Sullivan is still the best player on the planet, and knows Brown is going to have to be at his absolute best to have any chance.

‘[Judd] Trump is a fantastic player but he can’t make the game look as easy as that, it’s just ridiculous,’ said Williams after defeat to O’Sullivan.

‘I didn’t think I did that much wrong and got absolutely destroyed. Good luck to Jordan Brown tomorrow if he plays like that.

‘When he’s like that and tries 100%, don’t give up, tries every frame, every shot, he’s still the best player in the world. He doesn’t always do that, he doesn’t like playing but this season you’ve seen him go care-free really, but when his head’s like that, he’s so difficult to beat.

‘Course Jordan’s got a chance, he’s in the final and good luck to him. But if Ronnie turns up like that, he’s going to have to play really, really well.’

Williams’ run to the semis has booked his spot in the Players Championship in Milton Keynes next week, which he is delighted about.

The three-time world champion insists he is never downbeat after a loss and he certainly didn’t seem it, already looking forward to a return to Milton Keynes and joking about how he will react when he gets home.

‘I miss Milton Keynes, to be honest. I haven’t been there for a while,’ joked the Welshman.

‘I’ll just go home and cry for a couple of hours and then just get on with it I suppose.

‘I’m lucky to be in the tournament next week but hopefully I don’t play him because he always plays out of his skin against me, he has done since he was 12 years old. If he weren’t about, I might have won a couple more tournament I suppose.

Double-checking that Williams was not hurt by the defeat in his home tournament, Williams was clear: ‘No, not at all. Who’d be bothered about that?

‘If someone was bothered about losing…how could you be? Out-played, out-classed, I hold my hands up, good luck in the final, I’m off home.’