LEAH WILLIAMSON is winning plaudits on Twitter for a sublime piece of skill during Arsenal's trouncing of Gillingham in the Women's FA Cup.

The England ace, who is better known for her robust defensive displays, stunned fans when she pulled off the silky move. 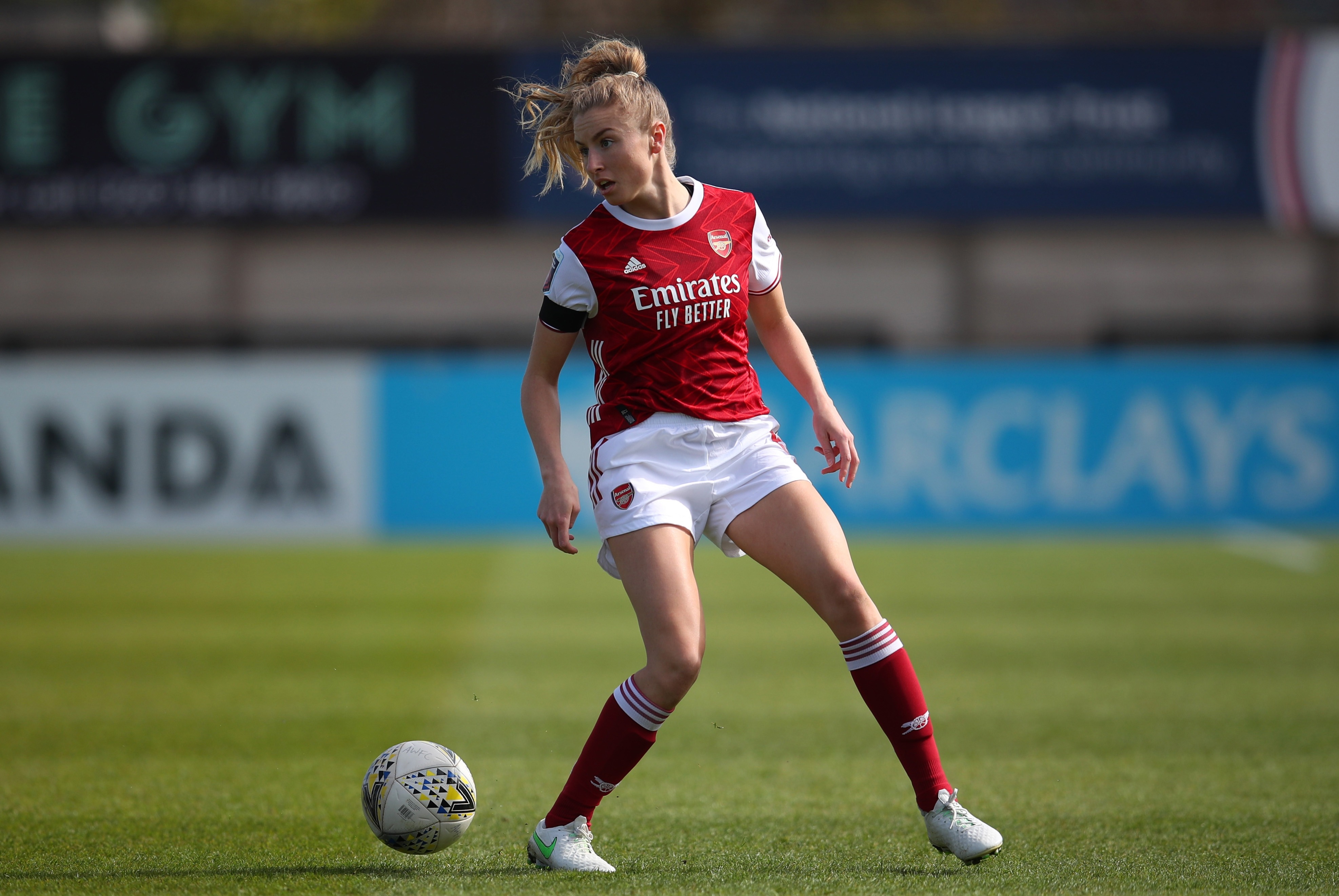 And Gunners supporters proudly shared a clip of Williamson in action, with the caption "How's your touch," directed towards her.

In the clip, which amassed over 2,000 likes, the centre-back can be seen using her back heel to flick the ball to her front foot, before majestically controlling it and passing it on.

And club team-mate Anna Patten can also be seen in the footage watching Williamson, 24, in amazement.

In the comments under the clip, Williamson jokingly asks Patten if she is "okay," to which Patten replied, "I’m so in awe of your touch I can’t move!".

Patten, who returned to North London in January,also showed off her attacking prowess by scoring her first-ever goal for the Gunners in their 10-0 win against Gillingham.

The Hertfordshire-born defender, who sealed a move from US university side the South Carolina Gamecocks, has made five appearances for Arsenal this term.

And Patten and her team-mates have even more to celebrate with the Gunners having gone 540 minutes without conceding a goal ahead of their WSL game against Brighton.

But not to be out-done by the team's defenders, Dutch hot-shot Vivianne Miedema also hit a pinnacle in the game, making her 100th appearance for the club. 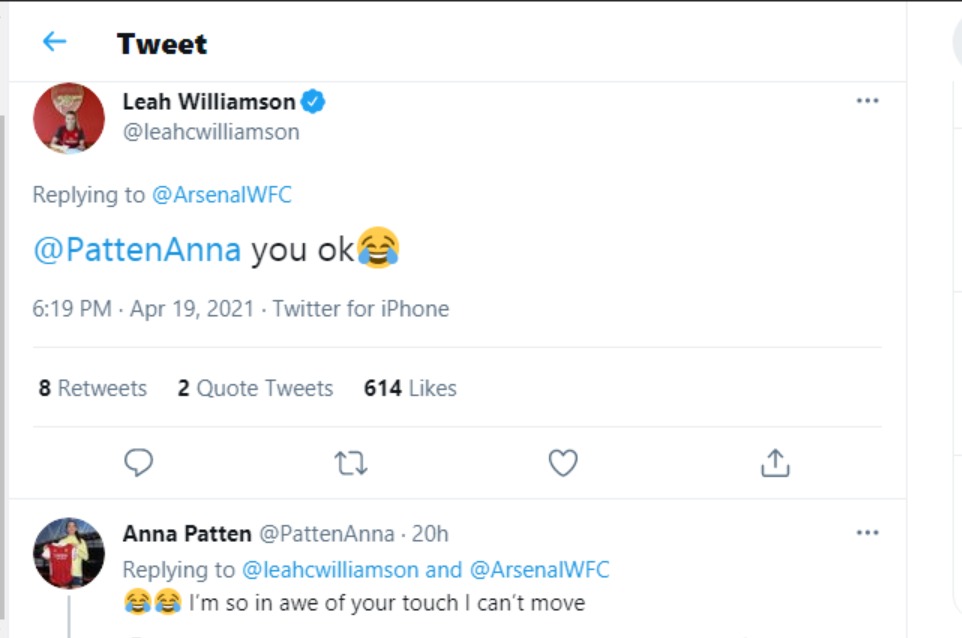 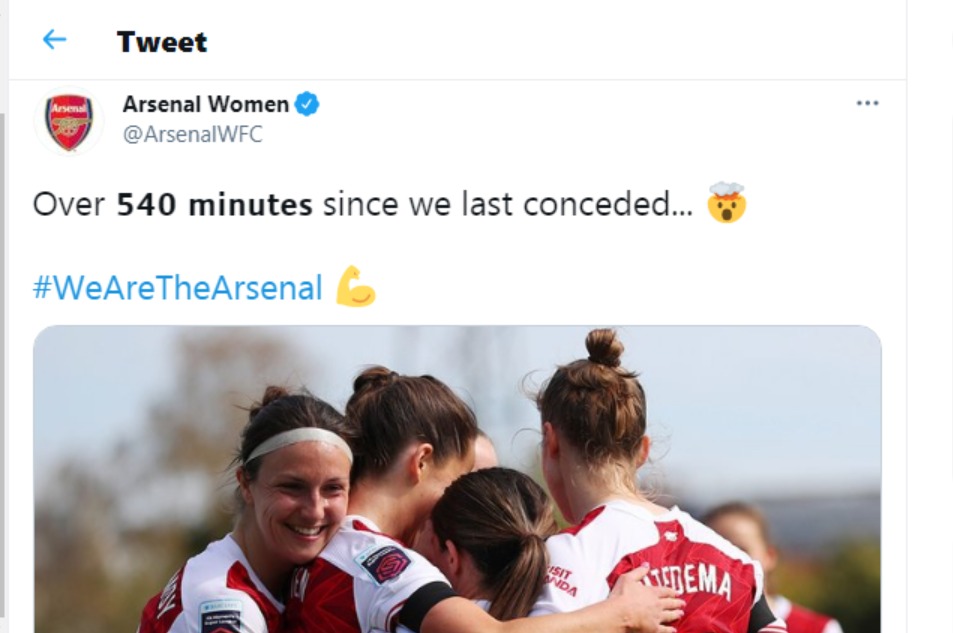 Gunners boss Jo Montemurro will be hoping his players can keep up their solid defensive displays as they pursue Champions League qualification.

Arsenal, who are currently third, are level on points with their top three rivals Manchester United.

However, they have a game in hand over the Red Devils who face Tottenham ahead of their final two matches of the season against Bristol and Everton.

Wins for Arsenal in their four remaining WSL games should see them finish third and qualify for the Champions League. 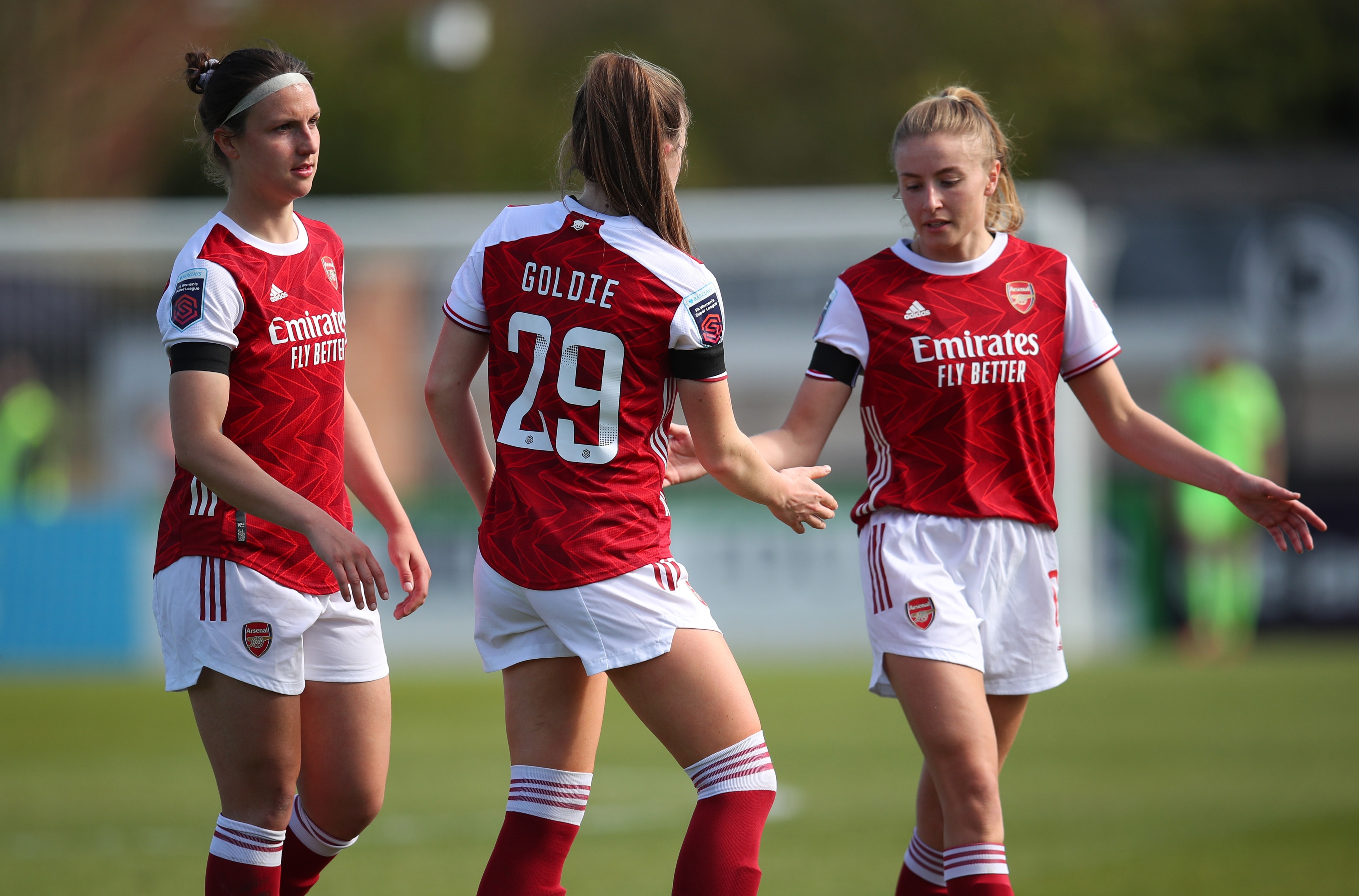