13 Reasons Why season three will launch on Netflix on Friday (August 23) with a new series set in Crestmont. The show is known for its hard-hitting portrayal of a number of issues and graphic depiction of upsetting scenes, including Tyler Down’s (played by Devin Druid) rape at the end of season two. Ahead of season three, the latest trailer seems to hint that Alex Standall (Miles Heizer) may know what Monty de la Cruz (Timothy Granaderos) did as he threatens him with a knife.

Does Alex know about rapist Monty?

13 Reasons Why has come under criticism for a number of times for its graphic scenes since it began in 2017.

One of the most upsetting scenes of season two was the brutal sexual assault that Monty initiated against Tyler.

The harrowing moment was one of the factors leading the teenager to plan a school shooting of his fellow students.

Although he was stopped by Clay Jensen (Dylan Minnette) in the season two finale, the impact of what happened is likely to follow his character into season three. 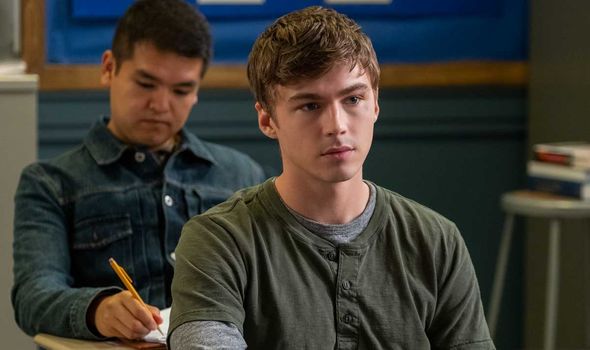 The season three trailer dropped the bombshell that the new series would follow the death of Bryce Walker (Justin Prentice) as investigators work out who killed him.

However, the latest promo also hinted another storyline could be examined in the new series.

In the clip, Alex is seen confronting Monty with a knife at school.

Many fans have taken this to confirm that Alex may know about what Monty did to Tyler in series two. 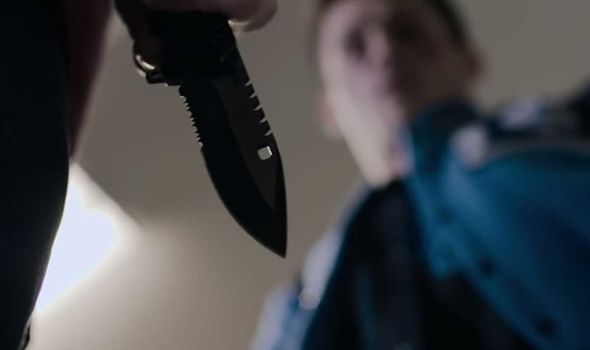 One user posted on Reddit their predictions for season three: “Alex finds out about Tyler being raped by Monty.

“In the artsy trailer he’s standing by him whilst Tyler’s staring at Monty and in the final one he has a knife directed at Monty.”

However, some eagle-eyed fans have noticed it does not seem like Alex will be able to kill Monty.

Another user posted: “Before that knife shot, there’s a shot with Monty leaving Alex.

“It’s like Alex was gonna kill Monty but someone else entered the room so Monty took the chance and left.” 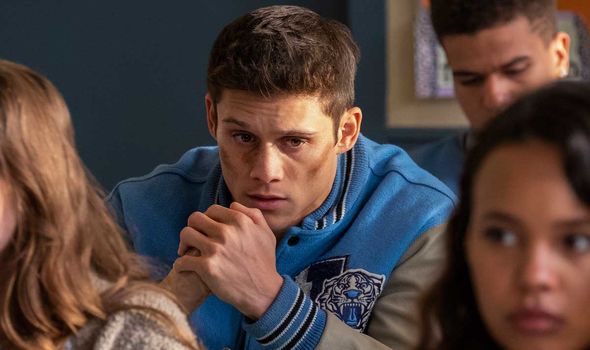 Fans will remember that this is not the first time that Alex has confronted Monty as he pulled a gun on him in episode 12 of season two.

In the tense scene, Alex tried to persuade him to give him the incriminating polaroids taken by Bryce.

The scene ended with Monty taking the gun from Alex when he couldn’t shoot him.

Therefore, it seems unlikely Alex will be able to kill him this time unless he is provoked. 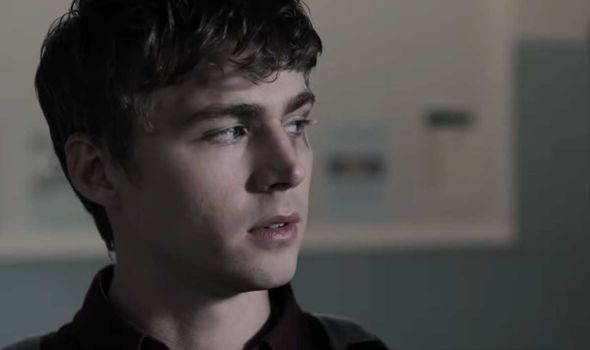 He said: “Bryce kept Montgomery in check in a lot of ways, and I think you’ll see that in season three, that anger kind of goes to this place, and he finds himself kind of filling the role of the villain in the halls of Liberty.

“There is no one to put him in his place, and I don’t know if that’s necessarily a good thing for Montgomery and everyone else.”

13 Reasons Why season 3 will be released on Netflix on Friday, August 23.

For support about any of the issues raised in the show visit 13ReasonsWhy.info