Not every show can be ”Survivor“ 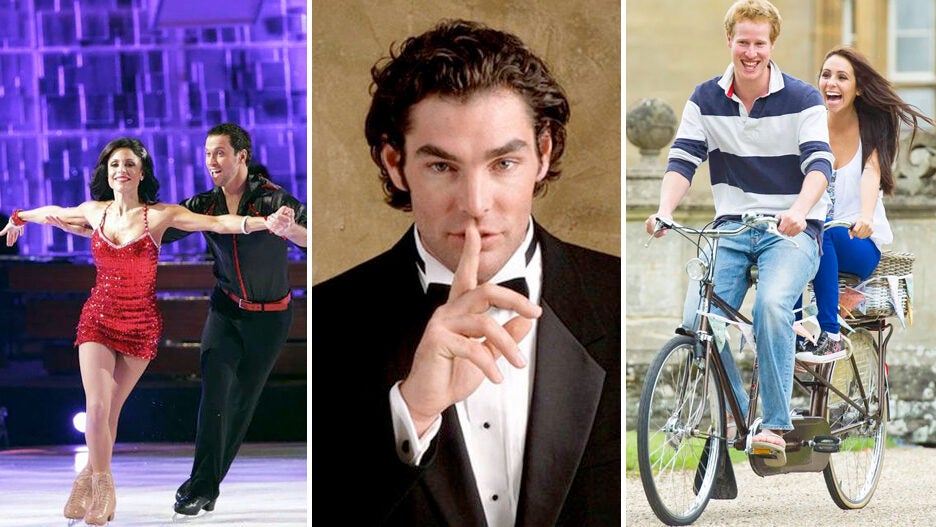 For every successful and groundbreaking reality television show (“The Bachelor,” “Survivor”), there have been dozens of short-lived and long-forgotten imitators, some of which were truly bizarre. And not always in a good way.

“Joe Millionaire” (Fox, 2003)
Attempting to expand on the format perfected by “The Bachelor,” Fox debuted “Joe Millionaire” just one year later, pitting contestants against each other for the affections of an average Joe whom they believed to be rich. Over a decade later, star Evan Marriott is still apologizing for deceiving those women.

“Boy Meets Boy” (Bravo, 2003)
Long before Logo’s “Finding Prince Charming,” Bravo had it’s own gay “Bachelor.” Except “Boy Meets Boy” had a cruel twist — unbeknownst to the show’s love-seeking star, half the suitors were straight men posing as gay to win money.

“Mr. Personality” (Fox, 2003)
With Monica Lewinsky serving as host, Fox’s dating show “Mr. Personality” was weird. With a premise that had one woman surrounded by 20 smiling men in metallic face masks, it was downright creepy.

“Average Joe” (NBC, 2003-05)
NBC’s take on the dating-competition show had a bunch of shlubs compete for the heart of a beautiful woman. The twist was that at the end of the season, she was then given the option to choose between her average-looking suitor and a more conventionally attractive man. In every season, the woman ended up choosing the handsome one.

“Forever Eden” (Fox, 2004)
“Forever Eden” shared many similarities to its predecessor “Paradise Hotel,” with the exception that the show’s premise allowed for contestants to stay in “Eden” for years at a time.

“The Swan” (Fox, 2004-05)
Each week, Fox’s “The Swan” took two women and gave them complete surgical makeovers, claiming to be an attempt to better their lives. Though the show was slammed by critics from the jump, it was the end of the season, when the women were forced to then compete in a beauty pageant, that caused the most outrage.

“Who’s Your Daddy?” (Fox, 2005)
One of the most exploitative shows in television history, “Who’s Your Daddy?” made a game out of a woman’s attempt to find her real father. The men were to be rewarded with a cash if they could dupe her into thinking she were their daughter, but the show was shelved after just one highly controversial episode.

“Shear Genius” (Bravo, 2007-10)
Perhaps the strangest of Bravo’s professional competitions was “Shear Genius,” which had stylists compete against each other to see who could give models the best haircuts.

“Top Design” (Bravo, 2007-08)
The only “Project Runway”/”Top Chef” offshoot that kind of made sense, “Top Design” took the familiar format and applied it to interior design. Unfortunately, the show only ran for two seasons at Bravo.

“Stylista” (The CW, 2008)
“The Devil Wears Prada” is an excellent movie, but no one thought the way Miranda Priestly treated her assistants is something that should be emulated. No one except someone in The CW’s unscripted department, that is. The network turned the entire concept into a game show, with a bunch of 20-somethings debasing themselves for an entry-level job at Elle magazine.

“Farmer Wants a Wife” (The CW, 2008)
The CW brought little to the dating competition show with “Farmer Wants a Wife,” which was basically just “The Bachelor” set on a farm. Only this time, the women were forced to provide manual labor to prove they were worthy of their country boy prize.

“Scream Queens” (VH1, 2008-10)
With challenges involving screaming, stunt killings, begging for their lives and pretending to be possessed by the devil, VH1’s “Scream Queens” sought to single out Hollywood’s next big horror movie star. Season 1 champ Tanedra Howard won a role in “Saw VI” for her efforts.

“I Survived a Japanese Game Show” (ABC, 2008-10)
Japanese game shows are notoriously crazy, but instead of attempting to replicate that spirit, ABC outsourced the entire enterprise, sending contestants to Japan to compete on a show called “Majide” to see if they could survive the ordeal.

“13: Fear Is Real” (The CW, 2009)
Much like the now-rebooted “Fear Factor,” The CW’s “13: Fear Is Real” basically tortured its contestants by leveraging their darkest fears. Players were buried alive, covered in rats, put through a trash compactor and left alone in the woods at night, with the lucky winner taking home a measly $66,666.

“The Phone” (MTV, 2009)
MTV’s “The Phone” was a neat concept, throwing unsuspecting contestants into action movie plots, complete with conspiracies, exploding cars and shady phone calls. But the show was a huge disappointment in the ratings, lasting just six episodes.

“Bridalplasty” (E!, 2010)
Years after “The Swan” was panned for its shallow interpretation of beauty, E! presented it’s own take on the plastic surgery makeover show. “Bridalplasty” took the competition format of “Big Brother” and mashed it up with the head-to-toe plastic surgery of “Extreme Makeover,” resulting in one of the most widely panned shows of the decade.

“Work of Art” (Bravo, 2010-11)
The idea that visual art is a suitable medium for the reality competition format is laughable, and “Work of Art” is still best remembered for the rumor that a fan-favorite contestant developed his entire persona for the show as some kind of elaborate performance art piece.

“Platinum Hit” (Bravo, 2011)
After “Project Runway” took off, Bravo tried to expand the franchise to include other art forms, with markedly less success. Jewel and “American Idol” alum Kara DioGuardi hosted the network’s competition for songwriters (which failed to produce one good tune across 10 episodes.)

“The Glass House” (ABC, 2012)
ABC put 14 contestants into a house, and let America vote to decide who would be evicted and who would win $250,000. But with low ratings and a lawsuit from CBS claiming the show was a ripoff of “Big Brother,” “The Glass House” lasted just one season.

“Splash” (ABC, 2013)
Based on a Dutch format, “Splash” had 10 celebrities compete in a professional diving competition, coached by Greg Louganis. With low ratings, and a more than a few unfortunate injuries, the show was canceled after just one season. It also didn’t help that the show aired just months after the Fox special “Stars in Danger: The High Dive,” which featured a similar premise.

“Whodunnit?” (ABC, 2013)
Formatted like a murder mystery dinner party, ABC’s “Whodunnit?” had 13 contestants solve puzzles and piece together clues to figure out who among them was “The Killer.” Additional players were “killed” each week, whittling down their numbers until the mystery was finally solved in the finale.

“Capture” (The CW, 2013)
Following the craze of “The Hunger Games,” The CW threw teams of two into the woods for an elaborate game of tag. But when the contestants were deprived of sleep, shelter and food, the show devolved into bizarre survival competition.

“I Wanna Marry ‘Harry'” (Fox, 2014)
More than a few dating competition shows involve some kind of deceit, but few were as ridiculous as the one at the center of Fox’s “I Wanna Marry ‘Harry.'” Starring a male lead with only a slight resemblance to the British prince, the show pushed the limits of credulity.