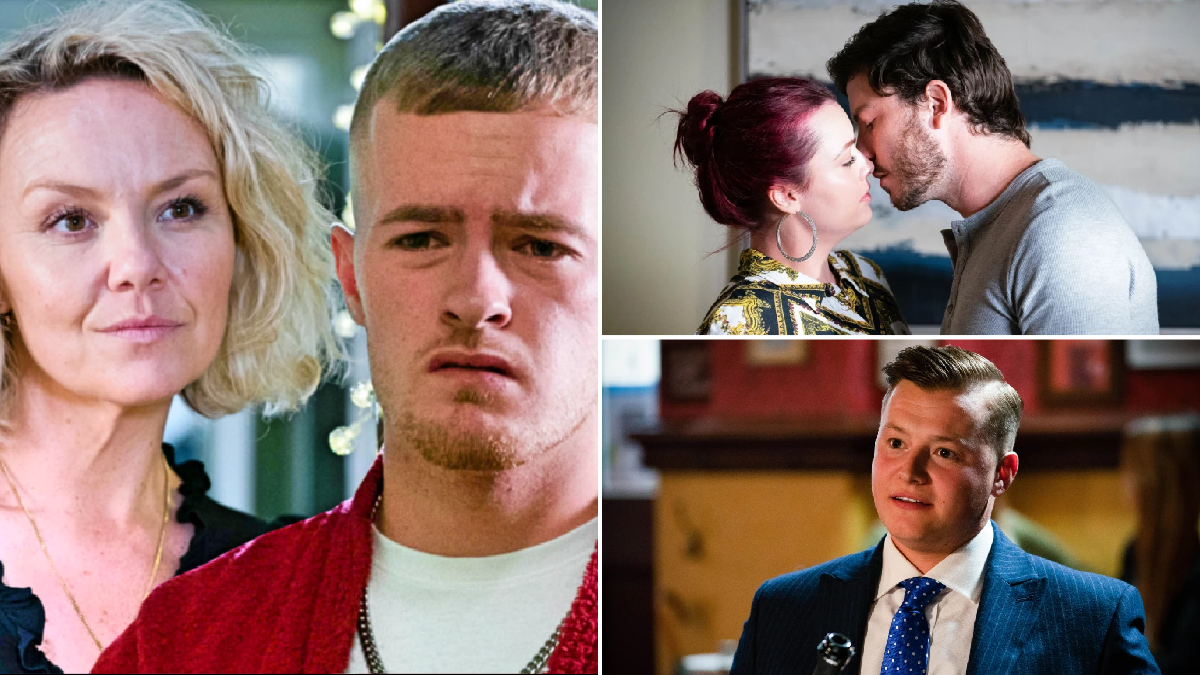 EastEnders is home to a number of interesting developments next week, from a death tragedy to a classic scheme, not to mention a new arrival!

Janine Butcher (Charlie Brooks) comes to nephew Liam’s (Alfie Deegan) aid. Afterwards, she spots Jay Brown (Jamie Borthwick) and asks him for a job at the car lot but he’s not having any of her nice act and refuses.

She then fills Liam in on her plan, and it’s clear Janine is back to her old ways!

Gray Atkins’ (Toby-Alexander Smith) money issues continue, but that’s soon the least of his worries, as he later gets a call that leaves him devastated: his dad has died.

He tells Whitney Dean (Shona McGarty) he didn’t expect to be so cut up, and after going through some of his dad’s belongings, he kisses Whitney.

It’s all kicking off in Walford next week, and here’s all the images you need.

EastEnders airs these scenes w/c Monday October 18 on BBC One.