A Place in the Sun: Homebuyers criticise ‘small’ courtyard

A Place In The Sun saw Ben Hillman jet off to Malta to help Sharon and Nev from Salisbury hunt for the perfect home. Having visited the Island three times a year for the past few years, the couple felt a strong connection and were hoping to make the move from the UK to Malta permanently, should the right property come up on the market. With a budget of £160,000, Ben delivered five great options for them to view, but it wasn’t long before the prospective buyers were disappointed by how much their money could buy them versus what they had in mind.

Easy access, two bedrooms, outside space and close to the city centre, Ben didn’t hold back when it came to being realising with what they could afford.

“Crikey!” The presenter remarked. “This looks like it could be one of my toughest searches yet.

The first property was indeed a one-bedroom apartment in Cospicua, and ten minutes walk from the waterside.

It was fully renovated with bags of character and modern touches to the interior. 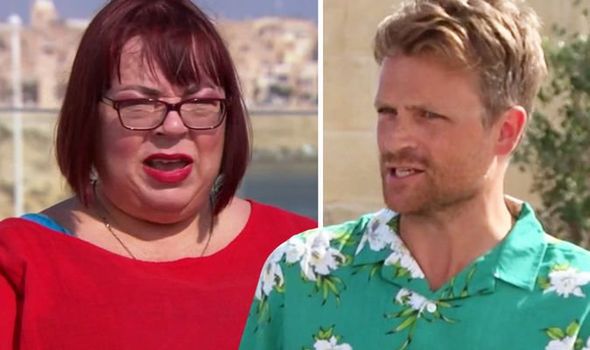 “I’m pleasantly surprised!” Sharon said as they stepped through the front door.

While the kitchen was a “good size” and the bedroom “not a bad space” it was the outdoor courtyard which Nev and Sharon felt let down over.

“This is a real shame,” Sharon commented. “We thought we could make it work, until we saw the outside space, and then we were a little disappointed.”

Ben had to up his game for the second property and he did just that with a three-bed apartment in Zabbar.

It was however on the second floor, and was one of six in the block. 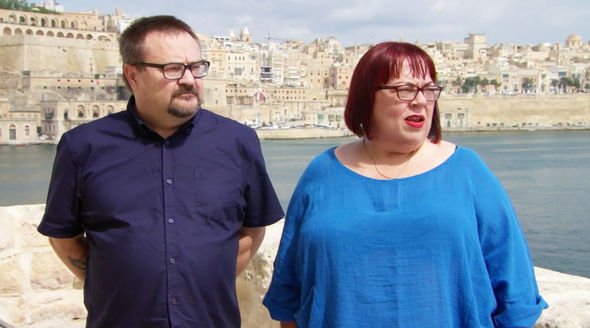 As soon as Sharon and Nev entered, they liked what they saw with the “light, bright and spacious” living areas seeming to be worth the shallow steps to the front door.

When the presenter asked the couple their thoughts, Sharon replied: “Good and bad. The property itself is lovely, loads of space and we could move into it tomorrow. But the stairs.”

It seems they didn’t want to compromise when it came to accessibility.

However, it was situated on top of a fishmongers, on a very busy road, both of which were an issue for Sharon. 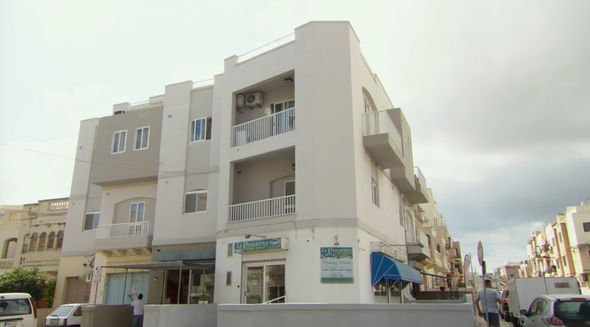 “I’m going to keep an open mind,” she told Ben.

Stepping inside, they soon learnt they would need to install a kitchen, but enjoyed the “blank canvas”.

“Does this excite you?” Ben asked to which the inside of the property did, but the noise was too much for them to bear.

The penultimate apartment boasted one bedroom and was 20 minutes from the airport.

It was valued at £159,091 at the time of filming and had two balconies, both with sea views. 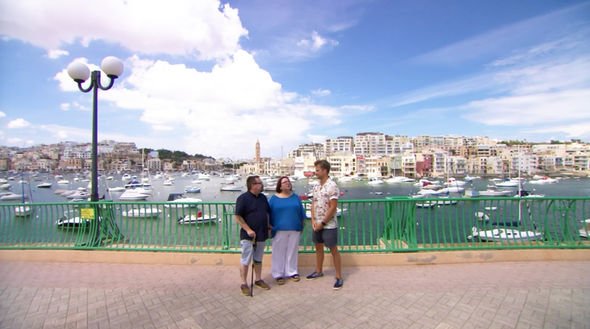 The curb had no appeal to Sharon and Nev and Channel 4 viewers saw Ben reply with: “Not the best response, but I hope once they get up there and see the views they will change their mind.”

“That’s very small,” Sharon commented on the kitchen, and Nev said the “stairs were too much”.

“I don’t like the bathroom next to the kitchen, that is not good. And it’s really old,” Sharon continued.

“This is it guys, our final property, and I think the best of the best properties available for your budget. It’s first floor, with a lift, outside space, three bedrooms,” Ben rejoiced for fifth apartment.

“Positive, can’t wait to get inside How much is it?” Sharon said cutting straight to the chase. 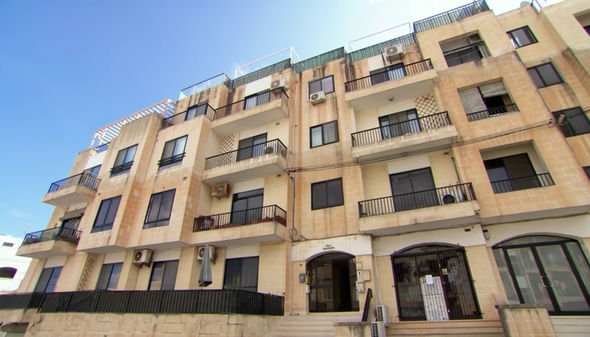 “I think it’s a fantastic price, on the market for over £163,000,” Ben said before adding the owner would consider offers at the top end of the couple’s budget.

“The way I see this place, is it’s mainly cosmetic,” the presenter said referring to the bold and brash interior design.

“It needs gutting,” Sharon stated when she looked at the kitchen cupboards and Ben hit back: “I wasn’t expecting you to be that brutal!”

And it seems the furniture was proving difficult for Sharon and Nev to look past.

“Our heart says yes, but our head says there is a hell of a lot of work to do,” Nev explained.

As a result, they rejected every single property Ben showed them.

A Place In The Sun airs weekdays at 4pm on ITV.