16th annual ceremony will be presented virtually on Mar. 2, 2021 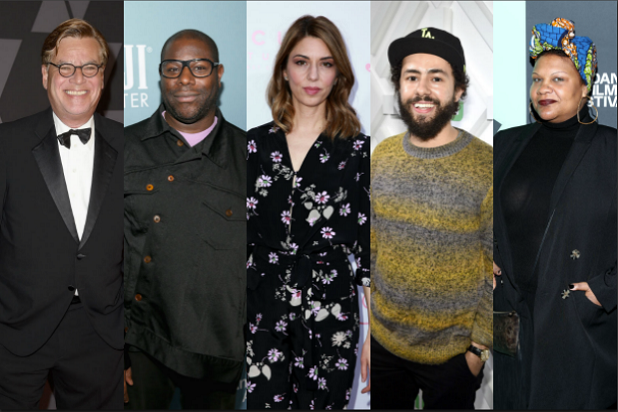 “The Trial of the Chicago 7” writer/director Aaron Sorkin, “Small Axe” creator Steve McQueen, “On the Rocks” director Sofia Coppola, “Ramy” creator Ramy Youssef, and “The Forty-Year-Old Version” director Radha Blank will be honored at the 2021 Final Draft Awards, which recognizes achievements in screenwriting.

Final Draft, a screenwriting software and a Cast & Crew Company, announced the news on Wednesday as part of its 16th annual awards ceremony, which will be presented in a virtual ceremony on Mar. 2, 2021. Newly appointed Final Draft president, Shelly Mellot will preside over the ceremony. She is the first female president of the company in its 30-year history.

Sorkin will be presented with the Final Draft Zeitgeist Award, honoring a writer whose work speaks powerfully to the culture and what’s going on in the world right now. The film is currently airing on Netflix.

McQueen, whose latest project “Small Axe” debuts on Prime Video on Nov. 20, will receive the Storyteller Award in Television.

Coppola will receive the Storyteller Award in Film for “On The Rocks,” her latest feature currently streaming on AppleTV+.

Youssef will receive the New Voice Award in Television for his award-winning Hulu series “Ramy.”

The New Voice Award in Film will be presented to Blank who won the Directing award at the Sundance Film Festival earlier this year for “The Forty-Year-Old Version,” currently streaming on Netflix.

“2020 has been a year of cataclysmic change and has amplified the need and appreciation for voices like our honorees who are telling stories that illuminate our culture, history and humanity,” said Final Draft President, Shelly Mellot in a statement to TheWrap. “These are provocative storytellers from diverse backgrounds and perspectives sharing their vision of the world and bringing us together at a time when we need it most. We could not be more proud to honor them and their inspiring work.”

Final Draft will also announce the winners of its 2020 Big Break Screenwriting Contest and they will also be honored at the event.