On tonight’s The One Show, Alex Scott and Michael Ball took on presenting duties as regular host Alex Jones continues to isolate away from the programme. There was plenty to get through on the episode this evening, from a chat with TV cook Nigella Lawson to discussing Gyles Brandreth and Sheila Hancock’s new documentary series. However, it was during the show’s ‘One Big Thank You’ segment on the BBC show which led to Alex wiping away tears.

Today’s ‘One Big Thank You’ from The One Show – in which the show honours a member of the public for going the extra length within their community – went to supermarket manager Jignesh.

The retail worker has been taking time out after work throughout lockdown to inspire children within his community to stay creative and help out with the arts – as well as doing his bit to make sure people were fed during the past few months.

He also sold paintings of his own, donating the money he made to charity.

Introducing him to the show, Alex said: “Now every Thursday we like to give a ‘One Big Thank You’ to a very special person.” 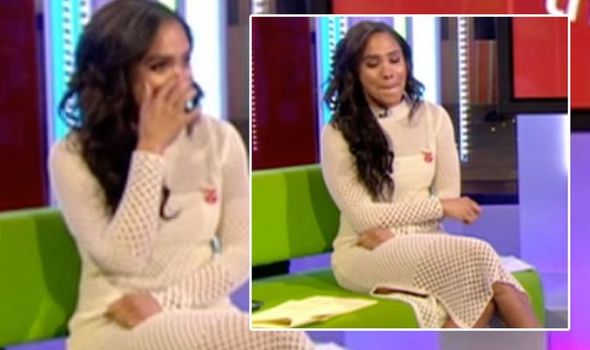 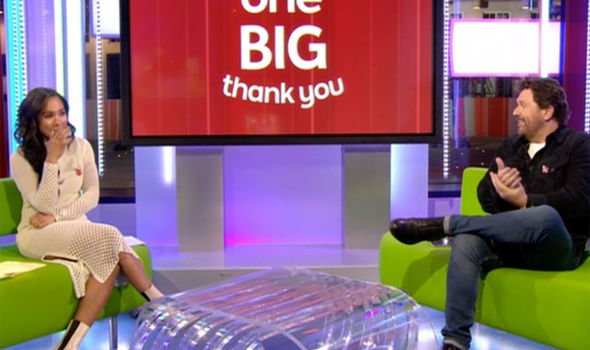 Michael weighed in: “This week, that person is a man called Jignesh Patel. He works as a supermarket manager but he’s also an artist.”

The two then reeled off all the charitable efforts Jignesh went to during the first lockdown implemented following the coronavirus pandemic.

To thank Jignesh, fellow The One Show star Ronan Keating caught him off-guard at his workplace with a surprise just for him.

A special painting inspired by Jignesh’s favourite artist Van Gogh was presented to him before dozens of his friends and colleagues applauded him. 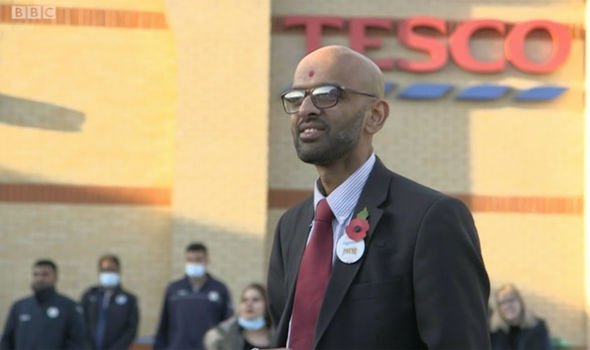 But after seeing the local community pull together to show their appreciation for Jignesh, Alex and Michael struggled to keep it together.

“I can’t,” an emotional Alex said as the cameras returned to the studio, with Michael agreeing: “I know.”

The pair applauded Jignesh before Alex had to wipe away tears, telling viewers: “That’s actually got me, that one.”

“I love them,” Michael said. “I absolutely love those moments.”

Michael then moved on to chat with Gyles and Sheila, but Alex needed an extra moment or two to compose herself.

The former footballer could be seen wiping away more tears as the show’s guests popped up onscreen.

And Alex wasn’t the only one touched by Jignesh’s story as several BBC One viewers took to Twitter to express their thoughts on his efforts.

A second echoed the sentiment: “That was so touching! Well done Jignesh!”

“Wonderful, what a guy! Something in my eye [love heart emoji],” commented a third.

While a fourth concurred: “That was lovely [smile emoji], his painting was brilliant.”

The One Show continues Monday at 7pm on BBC One.