AMANDA Holden and Sheridan Smith went all out in shimmering gowns for their duet at the London Palladium.

The multi-talented pair's performance of I Know Him So Well will be aired on BBC Radio 2 tonight as part of Musicals: The Greatest Show. 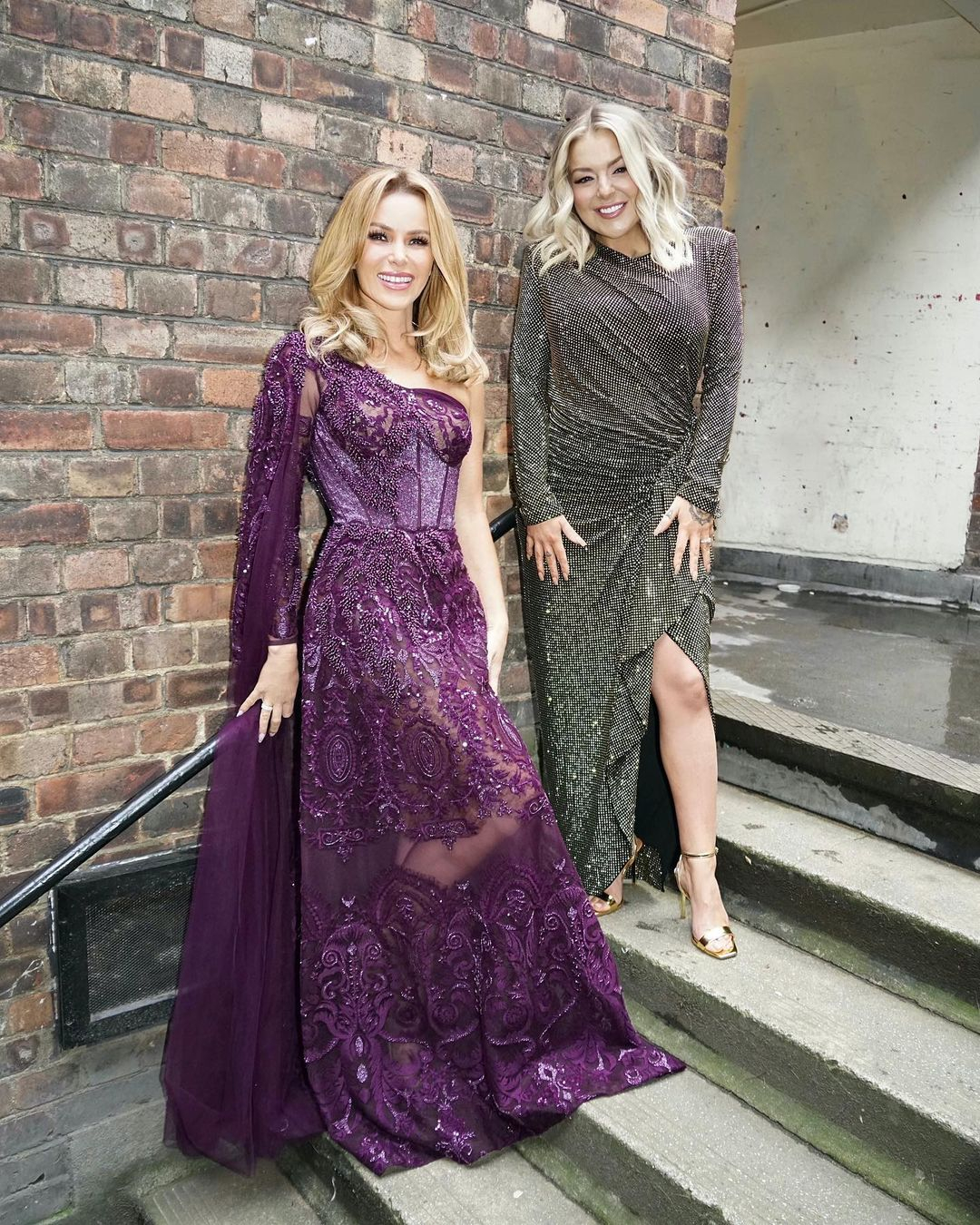 The Britain's Got Talent judge, 49, shared a picture of herself in a corseted purple number behind the scenes of the famous venue.

A smiling Sheridan, 39, was by her side in a sparkly silver dress that was equally as glam.

They were backed by the BBC Concert Orchestra for the performance, with Amanda saying "it was incredible to be back" at the Palladium.

She added: "Thank you to the amazing crew and technicians who ensured us performers a safe environment 🥰 Desperate for theatres to reopen… meanwhile tonight will hopefully transport you to a different world whilst we wait patiently for things to begin again #SongsFromMyHeart."

The ladies' outfits were praised by fans who commented with love heart emojis. 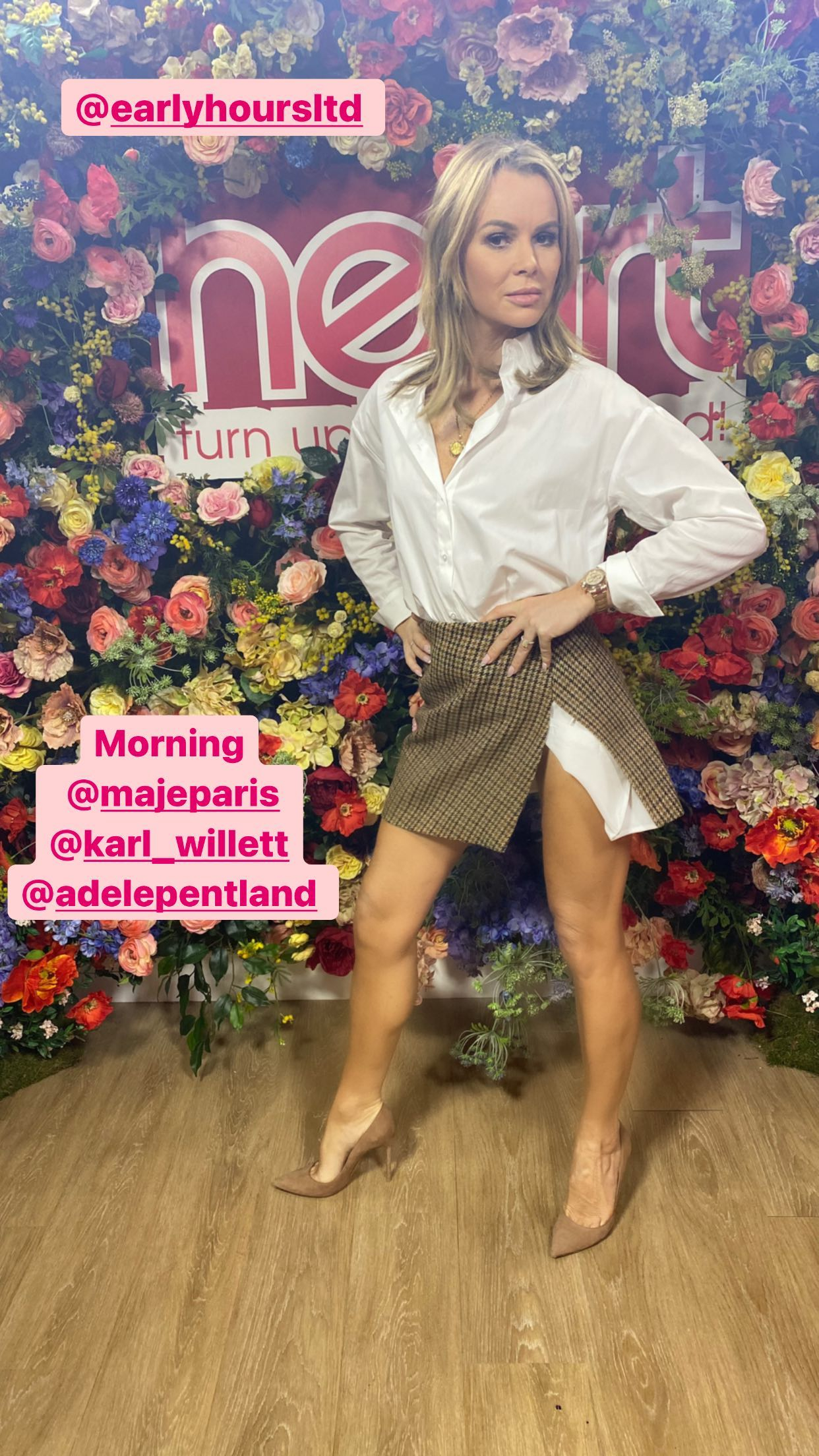 Fashionable Amanda can pull off almost any style, and on Friday she looked sensational as she flashed her toned legs in a thigh-split miniskirt in the Heart FM studio.

Strutting down the corridor, Amanda wore a crisp white shirt and a patterned skirt.

The miniskirt featured a thigh-split, revealing her tanned legs underneath.

The Heart Breakfast host completed the stunning look with a simple gold necklace and nude heels. 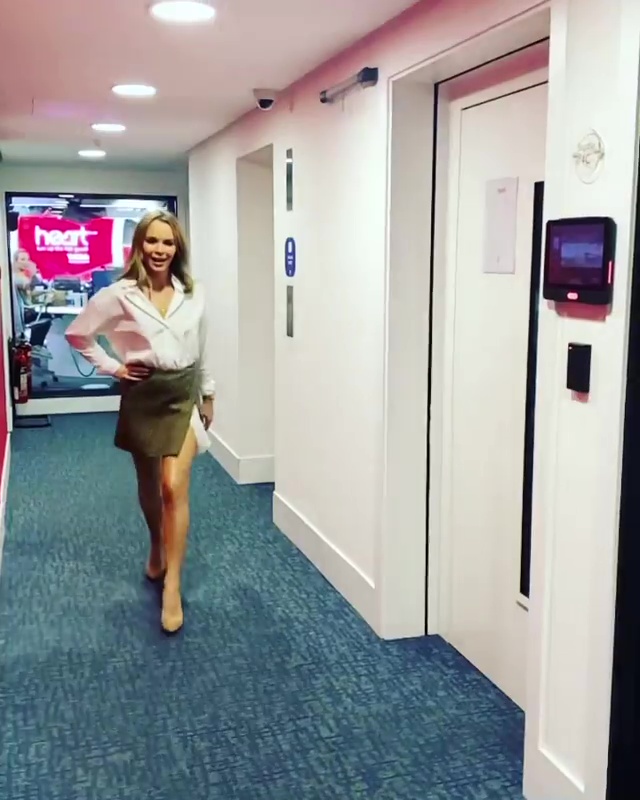 Showing off the outfit on Instagram, the star shared a slow motion clip as she frolicked around backstage.

Amanda recently said how "delighted" she was that Britain's Got Talent has been postponed – but promised it'll be back in the autumn.

Last month, The Sun's Bizarre revealed the beloved talent show would be held up for weeks because of the Government's recent Covid-19 rule changes.

Following the news, Amanda revealed that the auditions that were due to go ahead this month have been pushed back until autumn. 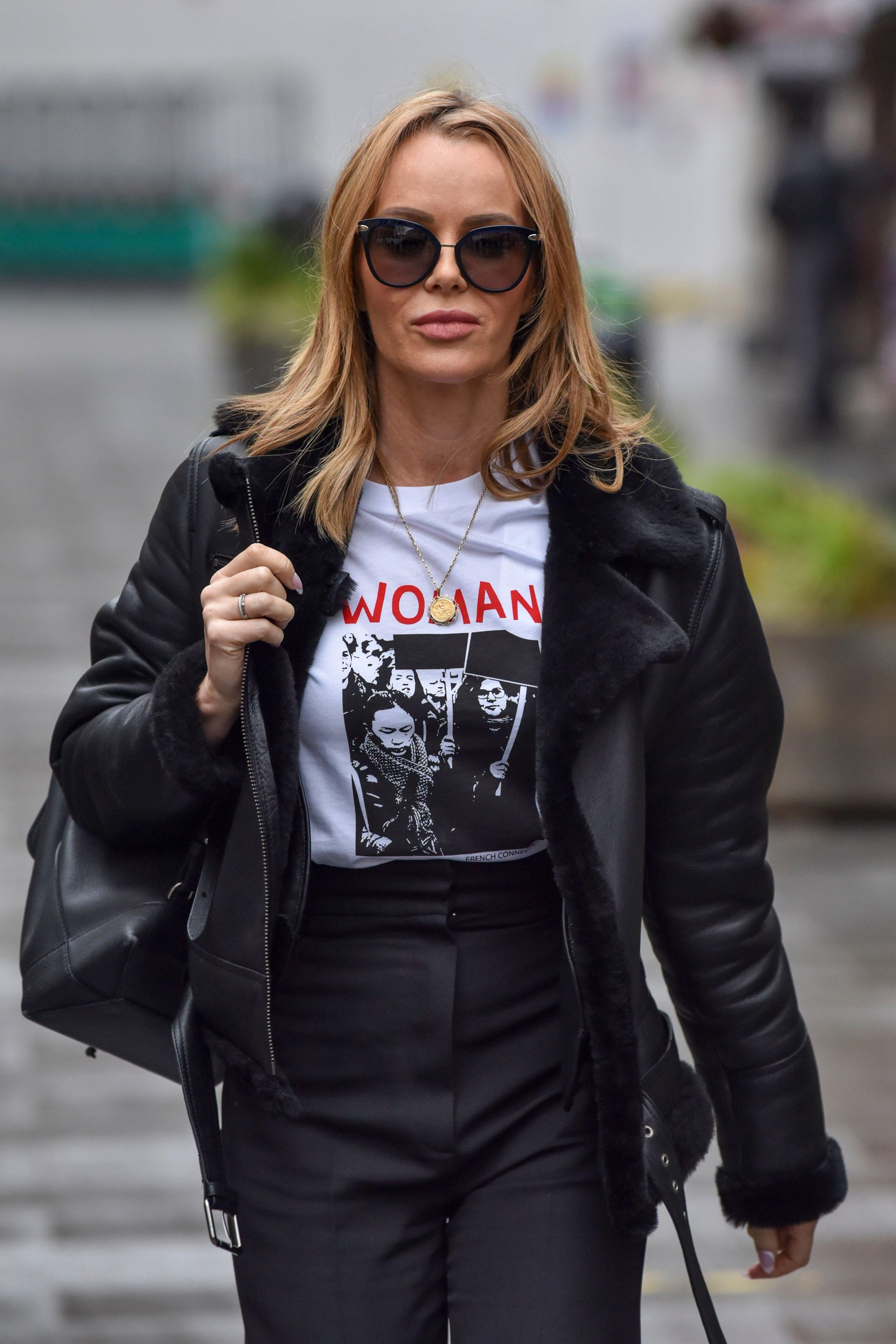 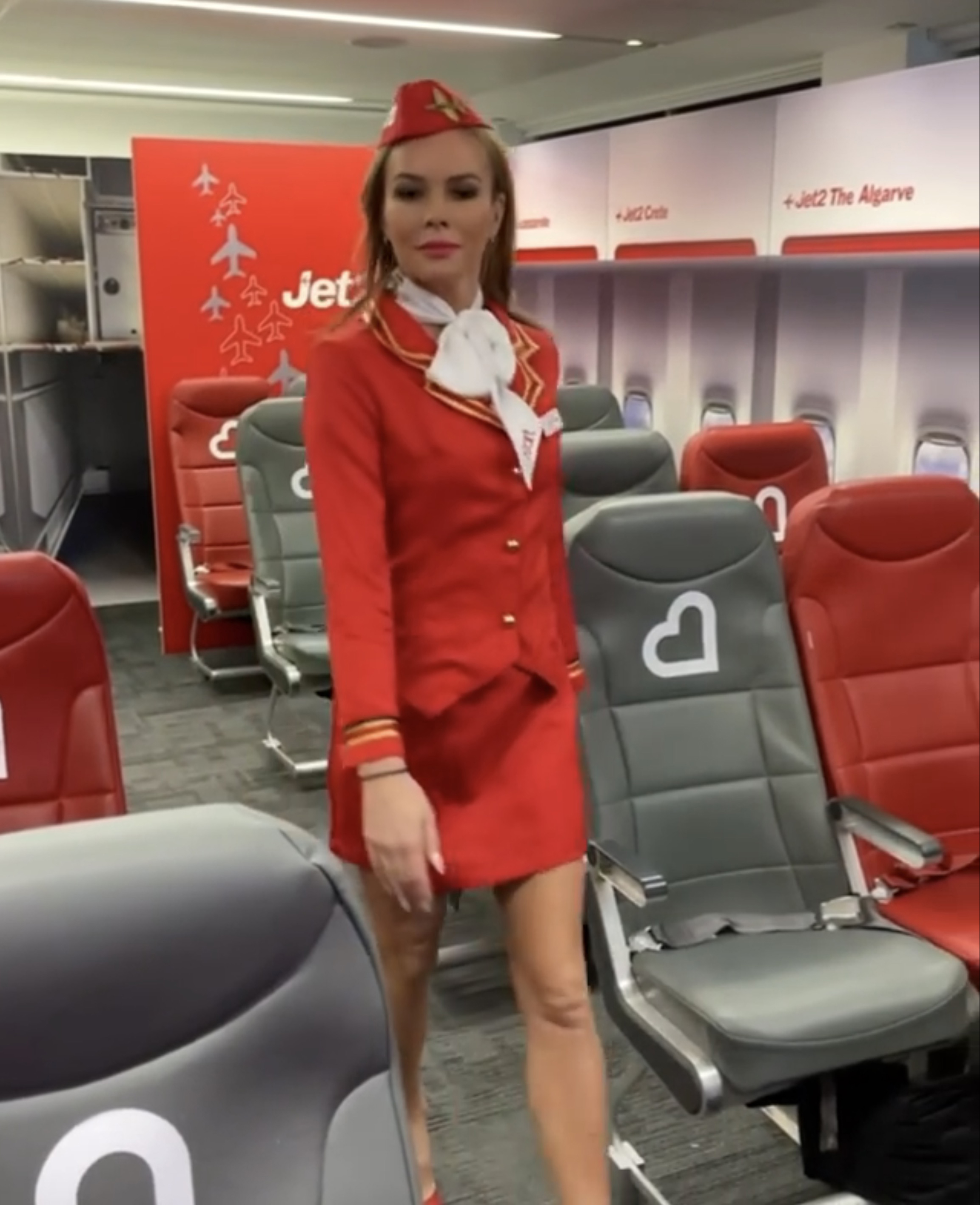 Speaking on her Heart Breakfast Show with Jamie Theakston, she shared: "We were due to start filming on the 18th of January and then it was pushed to the 28th and then we got the call yesterday [Thursday] before the press release just saying, look I think out of every show on television Britain’s Got Talent needs the audience.

"We need you guys, because we call them the fifth judge and it just makes no sense not to have them behind us."

When asked by her co-host whether she was "happy" with the decision, Amanda continued: "I'm delighted.

Although she agreed that it was for the best, Amanda said she'll miss co-star and fellow judge Simon Cowell.

Amanda added: "I'll miss Simon, though. It will be nearly two years since I’ve actually touched him!"