In 2017, Ann Dowd was nominated for both “The Leftovers” and “Handmaid’s Tale,” which she won. It changed her life. After decades of working under the radar, she didn’t have to audition anymore. In an interview, she described the experience of entering into “that kind of arena where there’s visibility.”

It took 30 years for the veteran New York stage actress to break out in movies with her role as a rule-following manager in Craig Zobel’s Sundance hit “Compliance.” She’s all for the slow burn of her career. “Age is underrated,” Dowd said. “What you get as you grow older, if you’re willing to listen: ‘Let’s keep the focus on the work.’”

Now Dowd is back in the film spotlight again for her exemplary work in first-time writer-director Fran Kranz’s Parkland-inspired Sundance four-hander “Mass.” Working with three theater actors in an intense one-room setting “was a remarkable experience,” she said.

Dowd is Linda, opposite Reed Birney as her husband Richard; together, they play the parents of a school shooter, an awkward kid who had trouble fitting in. Martha Plimpton and Jason Isaac are Gail and Jay, a grief-stricken couple. They’re all reeling from the fallout from the murder spree six years before, and meet in an Episcopal church basement to talk through the tragedy that dive-bombed their lives.

Dowd believes in the power of art to change the way people think and feel. She said that her latest movie is an extension of that philosophy. “It applies to every challenge in our life, about holding on to rage or blame or guilt,” she said. “It stops the flow of your life. And to be able to come to a place where I understand you, and you understand me. Not words, but suddenly the walls fall. And the result of that is forgiveness of self and others.”

Like all of Dowd’s work, “Mass” demonstrates her willingness to dive into unsettling material that many high-profile actors avoid. The 65-year-old actress has embraced showing her age onscreen. Like Vanessa Redgrave or Glenda Jackson, she prizes every line in her face. “As you grow older, you’re like, ‘excuse me, I earned a few of those wrinkles,’” she said. “I don’t want to be looking like somebody else. And that’s the goal, too — just be genuine.”

Kranz gave his cast, meeting for the first time, a two-day table read. “We went through the text and made sure we were all on the same page,” said Dowd. “And that’s where the trust began for all of us. We all shared the same feeling. You just hope to God you can land in the level of grief and stay there with these characters and represent. But in day one of rehearsal that first day, I knew that we were safe.” As usual, she drew on personal experience. “We all know what grief is, to a degree,” she said. “Some directly have lost people we love that we can’t imagine life without. And how much grief changed us. I have never lost a child, thank God. But you want to protect them and keep them safe.”

She realized that Linda was coping, in addition to the loss of a child, with “profound guilt or remorse, the fact that not just your son, but other children died as a result of what your son did.” Dowd has learned over time “that it is a relationship between character and actor, that you do your part and she will do hers,” she said. “That’s the hope for every role we ever play.”

Dowd still struggles with anxiety around her roles. “I’m scared to death,” she said. But performance also gave her direction in life. “Being a pre-med student, the way you learn organic chemistry and physics and the rest of it is study, study, study,” she said. “Learn it, memorize it, and do it all over again. There’s one answer that is correct. So it finally dawned on me senior year that I was not going to be a doctor. In fact, I wanted to be an actor. I didn’t have the skills. I didn’t have the training. But I knew it was about jumping in like kids play. It’s like a child playing with a stick. They know everything.” 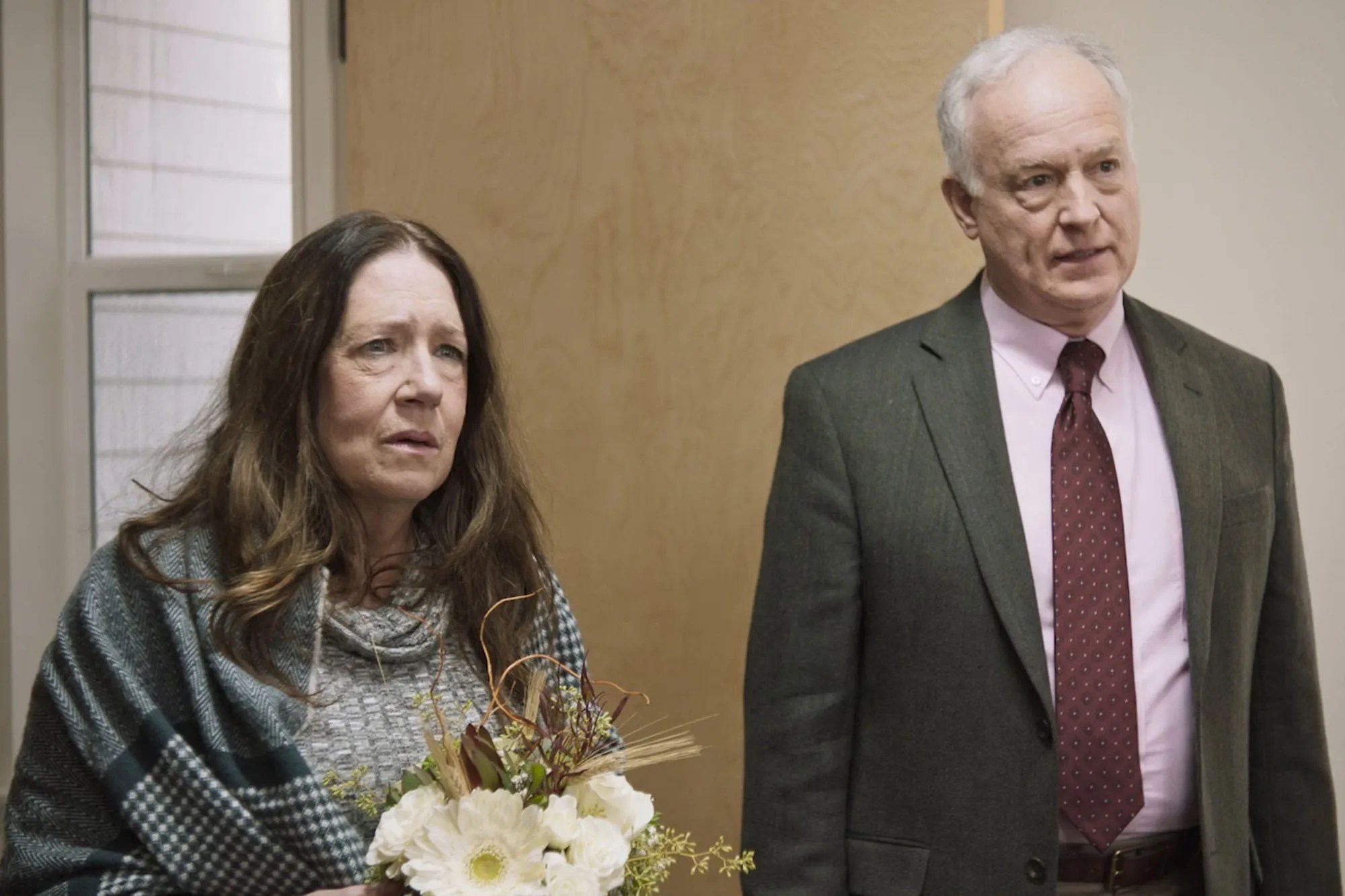 She threw herself into the biggest emotional challenges she could find. “I convinced myself that acting was suffering,” she said. “If this character suffers, I’m going to, oh yeah. I’m going to manipulate the situation so I can get myself emotionally to this place or that. I wasn’t even aware of that. … It’s about dropping the armor, letting go of the controls, realizing it’s a relationship. Suffering is not the point. Once you’ve done the homework, once you know what you’re about, you’re going to come in there and you’re going to trust that what you do is enough.”

“Mass” was a daunting low-budget, eight-day Idaho challenge with a rookie writer-director in charge. The heavy nature of the material led to an unpredictable mood. “Some days there was more of a responsibility, emotionally, to keep the day flowing,” she said. “We’ve been at it a while. And so you know, you even have to trust yourself and  breathe, trust this experience, and whatever spirit is there.”