Antiques Roadshow visited the Culzean Castle in Ayrshire in a previous episode of the BBC show where one guest presented a communion token collection to expert John Foster. The coin collector admitted he had “never seen” tokens like it in England before going on to reveal the collection was worth up to £9,000 and leaving the guest stunned.

John began: “So when I first saw these it immediately got my excitement going because I collect coins, I’ve always been interested in coins.

“I’ve never seen these in England, which is communion tokens, and you’re obviously a man of the cloth. Is this from your church?”

“This is from our church,” the guest replied. “The first lot of communion tokens from 1777, and the box is the later version 1840.

“What’s the story with them?” John asked and the minister replied: “To have one of these tokens meant that whoever you were, you were allowed into the church, to be able to go to Communion, which in the 18th century was hugely important for the local people.” 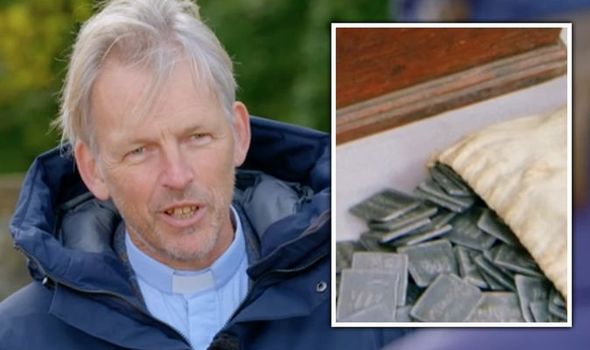 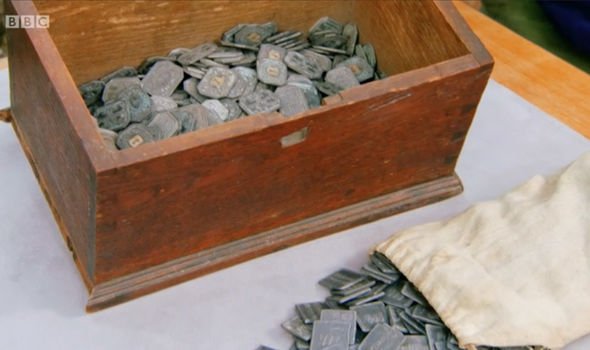 The antique expert questioned: “How often would these have been used?”

“Quite rarely, because within the Church of Scotland tradition it was only maybe once or twice a year, that communion took place,” the guest explained.

“And sometimes in the Western Isles, even today, people have the tradition of only one time in their life, taking communion.”

“How long before communion took place would you have been given this?” John remarked. 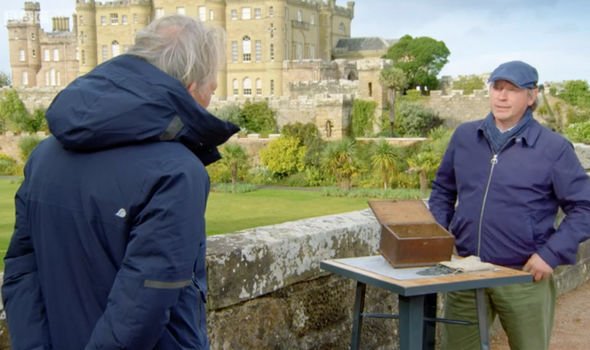 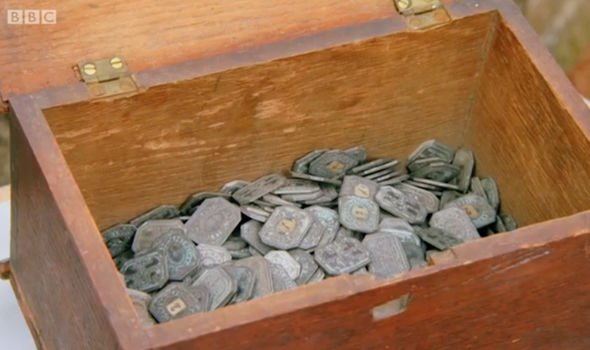 “Probably what would happen would be the month before, the elders in the kirk would go around their districts, and give the communion tokens to people in their homes,” he answered.

“And it becomes a real treasure, you know to get one of those.”

John interjected: “But would it been taken away if you were bad or what was what was going on?”

“People in the kirk session of the church at that time were quite disciplinary,” the guest shared.

“And that was really quite a life or death thing for the people then, if they weren’t allowed to share the bread and wine it was a lasting thing on their soul.”

“When you look at them, you see there you have the date 1777, made simply out of pewter,” John explained referring to one-half of the coins.

“And then these ones which are 1847, again later and not so interesting because that’s like the birth of your church, pretty much.

“Are you as strict with them today, do you go around handing these out?”

“That’s amazing, for me, I’m thinking that the number of people in this area who have held one of those communion tokens and it’s been really meaningful for them to be able to go to church and be part of the communion.”

Antiques Roadshow continues on BBC One on Sunday at 8pm.