THIS is the dramatic moment Arnold Schwarzenegger's bodyguard pulled a Taser on a masked thief who tried to steal his bike.

Dramatic footage taken outside the Gold’s Gym in LA showed the 71-year-old celeb’s bodyguard pulling a Taser on a man who attempted to nick his custom-made, fat-tired Felt Outfitter mountain bike. 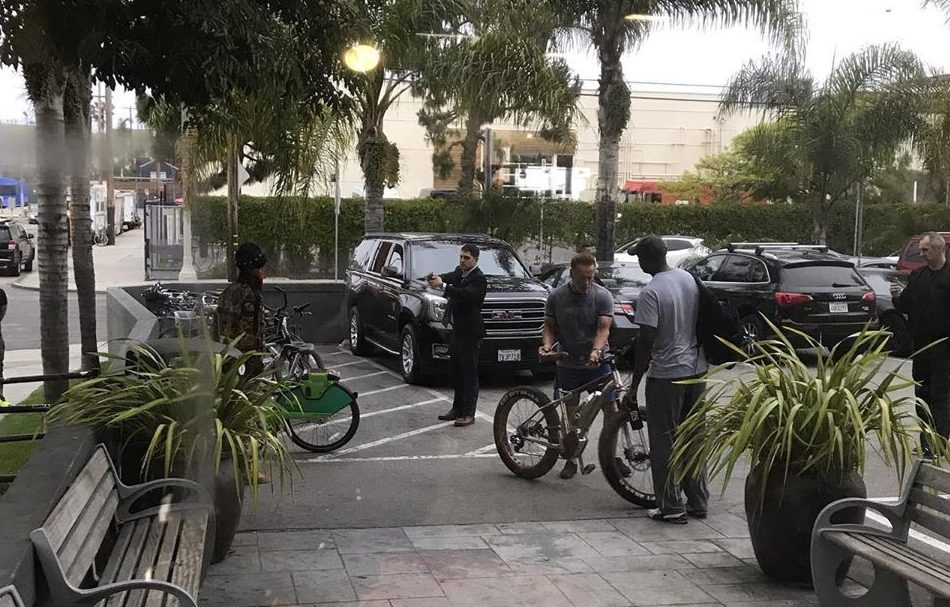 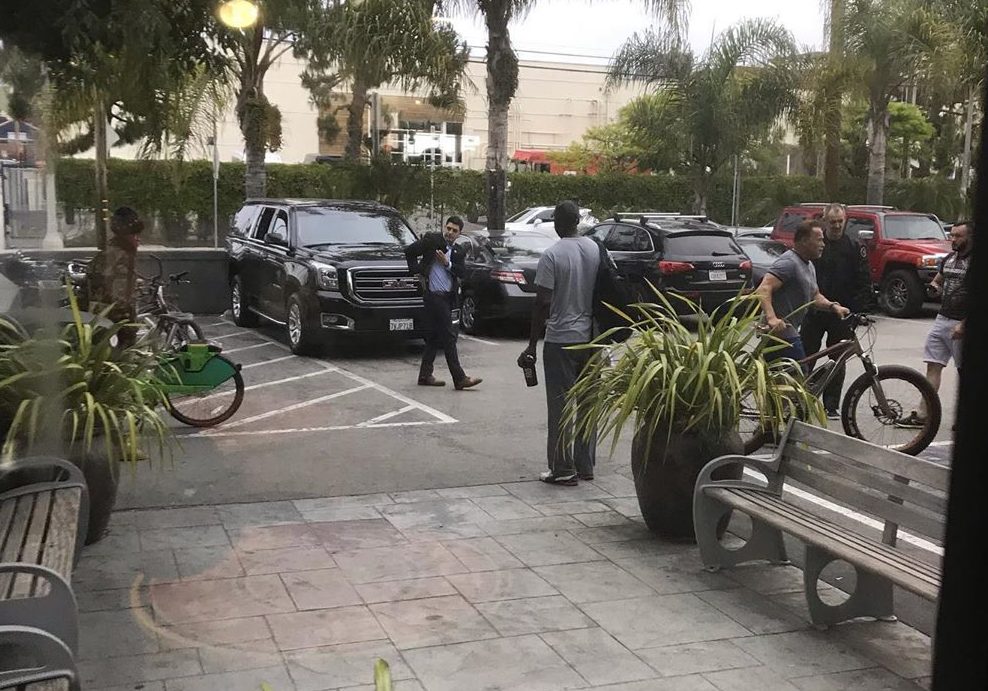 The bodyguard held the thief — who sported a red bandana over his face — at Taser-point while Schwarzenegger snatched his bike back.

His souped-up camouflage-patterned bike is valued at $5,500.

In the video, the thief appeared to be arguing with the security guard after he whipped out the weapon.

Eventually, the guard re-holstered the Taser and appeared to let the suspect go.

Schwarzenegger was seen inspecting the bike and was later seen posing for photographs with fans before pedalling away.

LAPD did not attend the scene, according to Yahoo News.

The bike incident comes after Arnold was drop-kicked by a crazed man in South Africa during a fitness expo three weeks ago.

During the attack, a man shouted “Help me! I need a Lamborghini!” — then pounded the movie star in the back with a flying double dropkick. 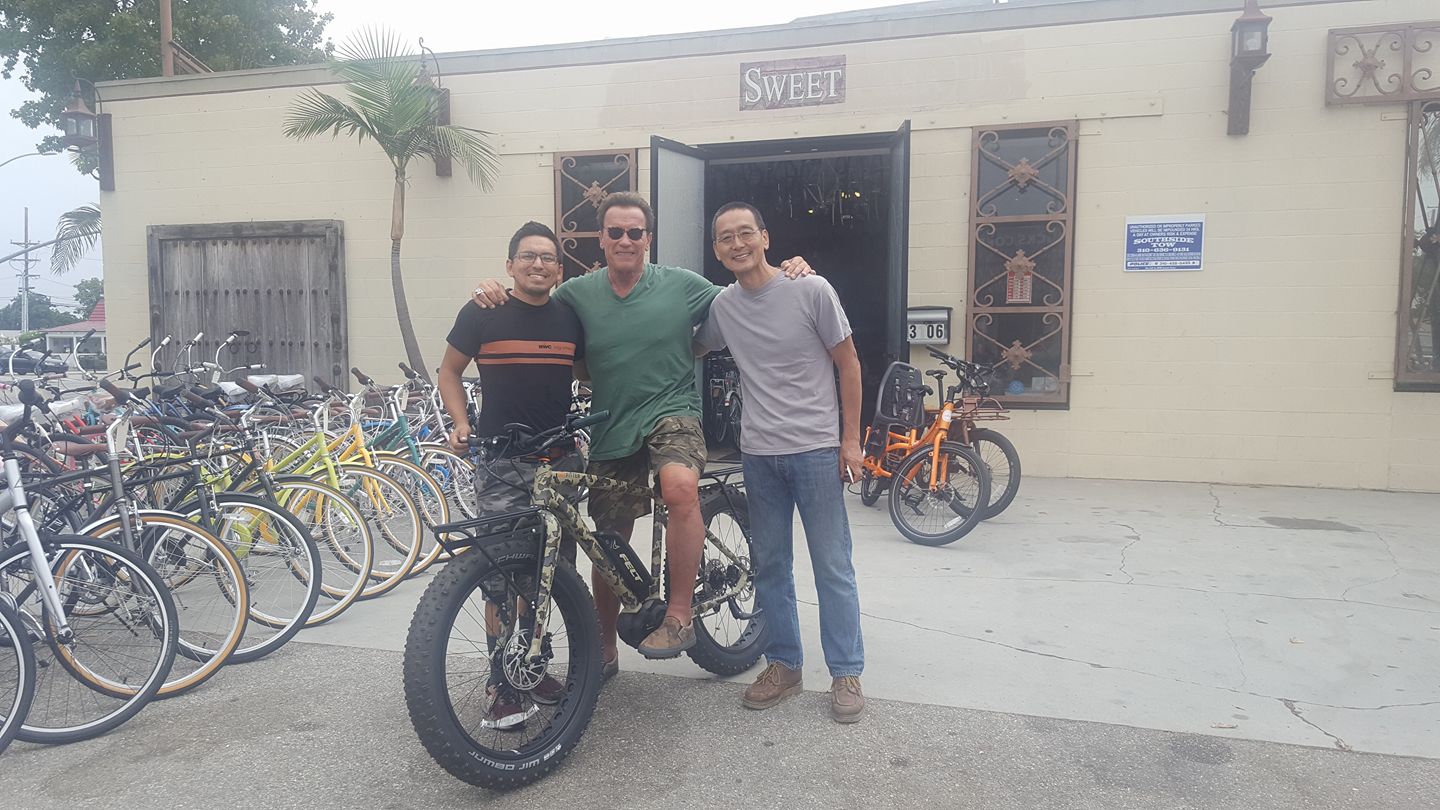 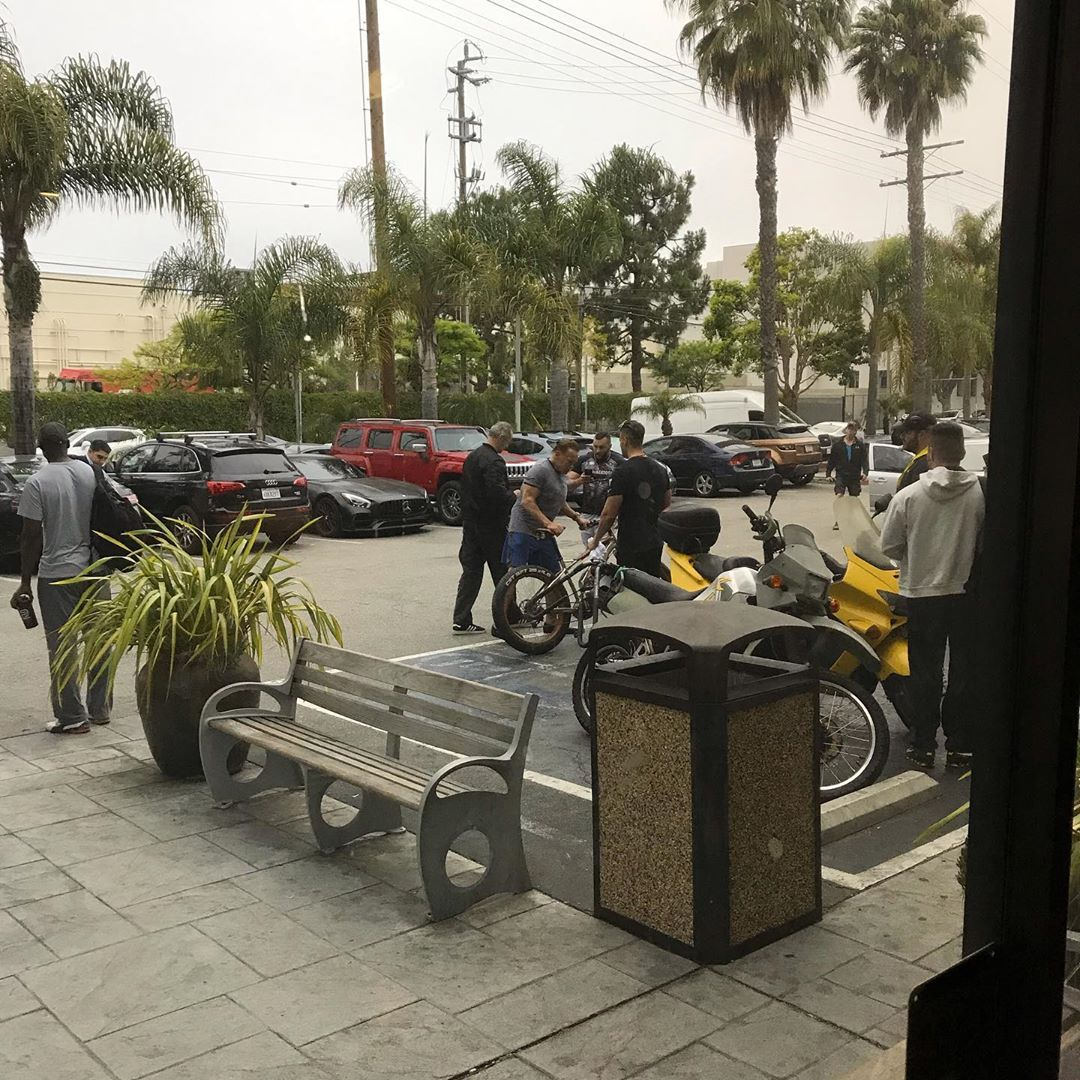 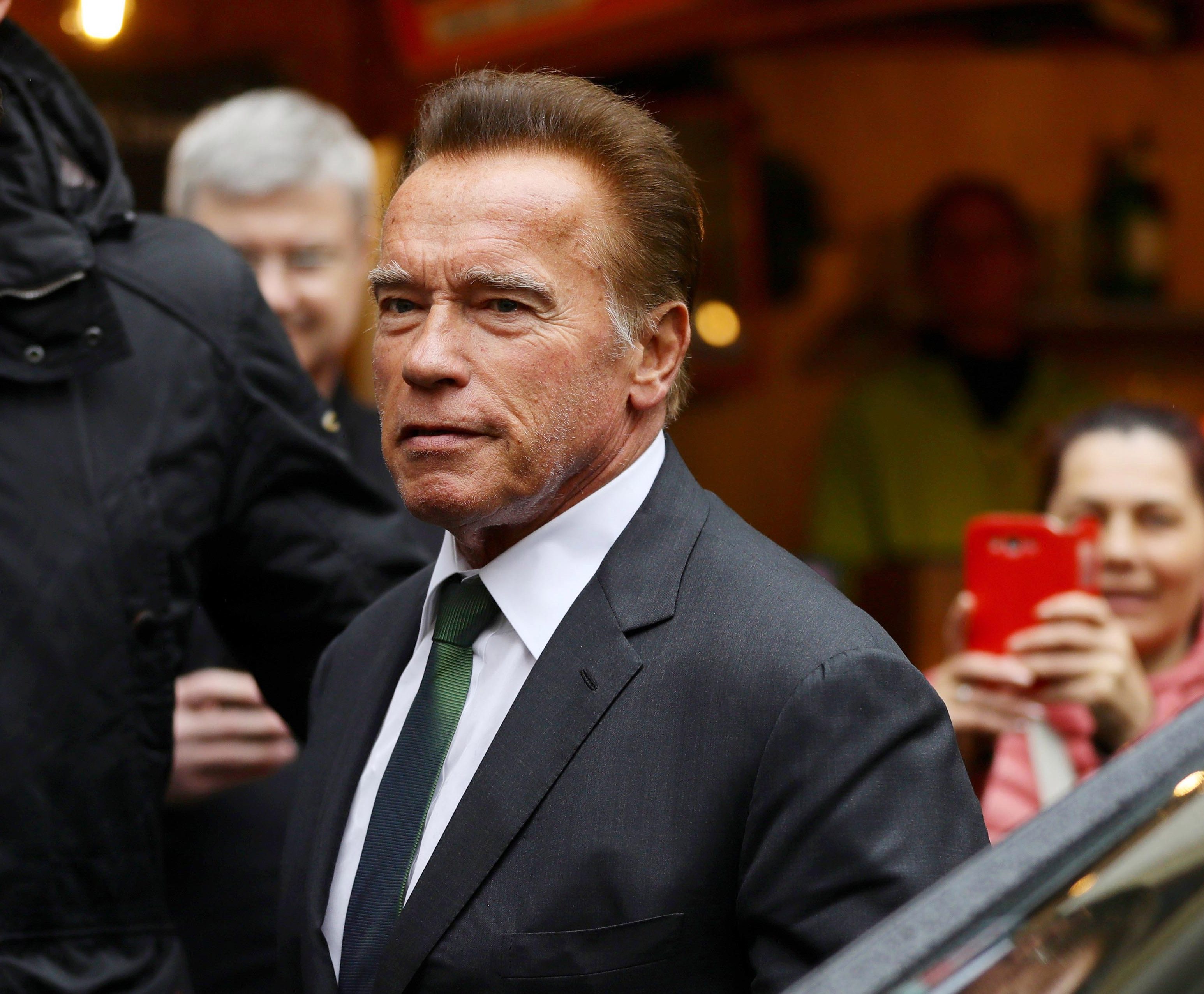 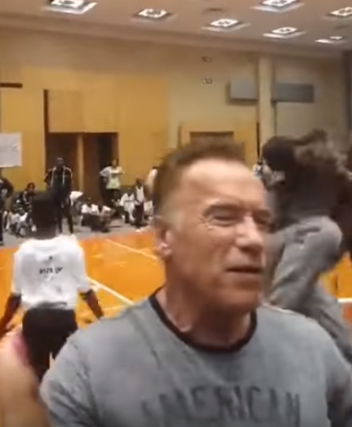 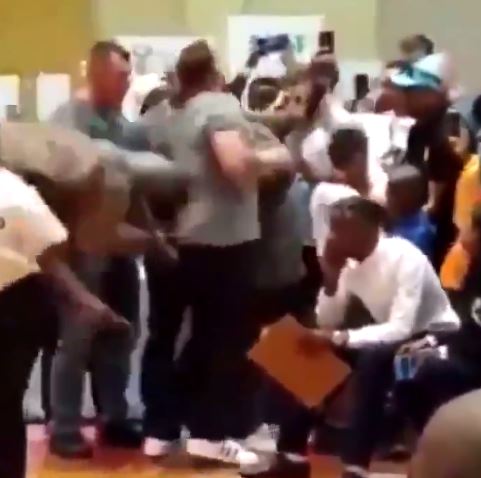 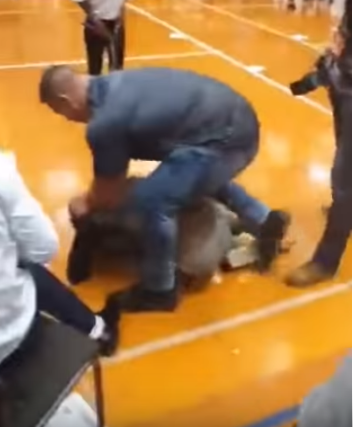