Hannah Ferrier from Below Deck Mediterranean doesn’t seem overly concerned about EJ Jansen’s allegation that she ripped off his established yachting school to use as her own. 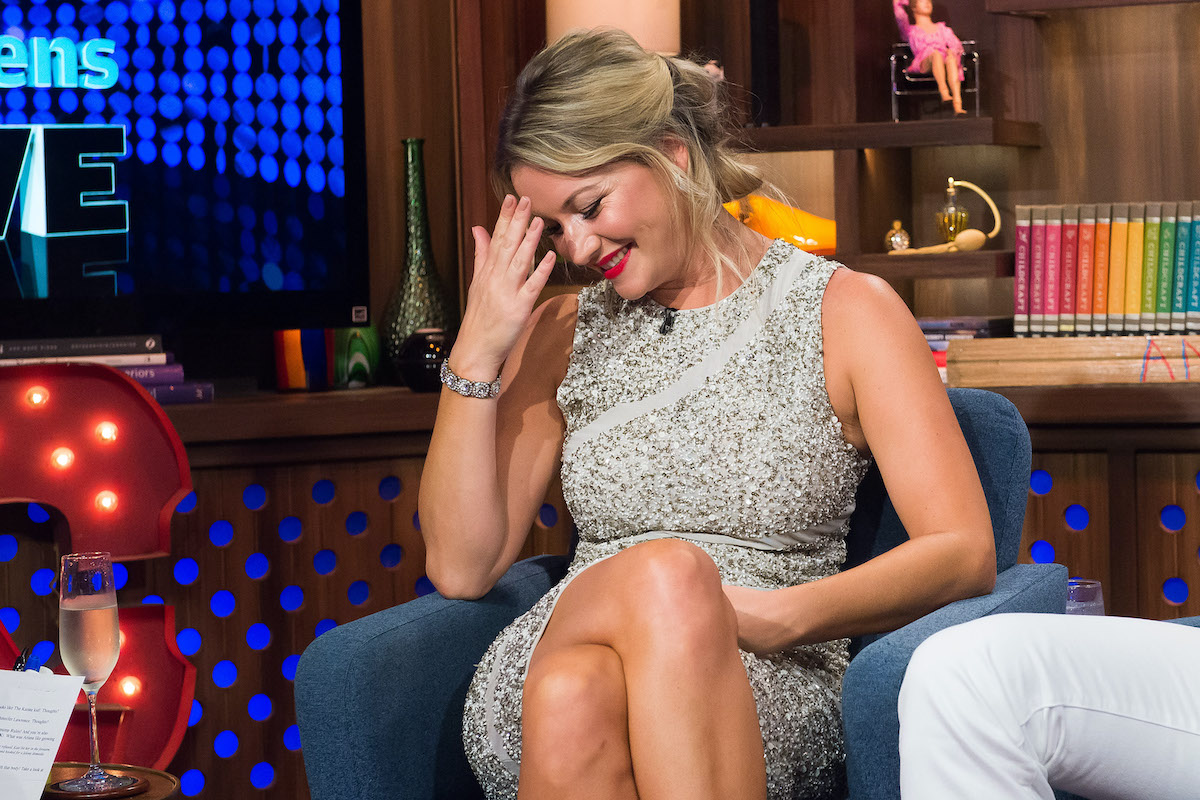 Jansen, who appeared in a partial season of Below Deck recently alleged that Ferrier viewed his yachting school and then applied the concepts to create and pass it off as her own. Ferrier responded to an article that suggested recent promotions of her school were in response to Jansen’s allegation.

“I love that anyone would think someone with a newborn has time to be that calculated!!! I’m literally just trying to keep everyone alive right now lol,” she tweeted. Ferrier recently welcomed a baby in late October and is now engaged to be married.

Jansen dropped this bomb on the Behind the Velvet Rope with David Yontef podcast, wondering if Ferrier duplicated his content to pass it off as her own. “I never really met her, but she literally word for word copied my Yacht University course and made it kind of her own,” he asserted. “And it’s like, hold on a second here, wait a second. This is, you know, this is Yacht University. Now, it’s some other similar kind of name and yes, you got huge fame from this show.”

“Look, it’s in the same kind of layout and like, whoa, hopefully, she didn’t buy my a course and then just copy all that stuff,” he added. “Because it’s copyrighted.”

“I have proof that I had the school for like eight years,” he remarked. “It’s funny because, over the course of eight years, I’ve had over three different women try to copy the course from me, mostly friends of mine. All of a sudden they stopped talking to me and I was like, wait a second, now you got something similar to this?”

Hannah Ferrier got defensive when he confronted her, EJ Jansen said

Jansen said Ferrier became defensive when he reached out to her. “So where I kind of told her that, and she just got all defensive and was like, oh, I don’t deal with this kind of stuff. You got to talk to my lawyer and all this stuff,” he recalled.

“And it’s like, whoa, all I asked was, hey, maybe we could come together,” he remarked. “You know, maybe we could make a comradery for this thing. You know? Like you’re, you’re on the stew side. I’ve always been known as the top dog bosun first mate. You know, I know how to handle the deck side. Why not come together?”

But he remembers Ferrier being angry.  “So it’s just kind of like, whoa, she got seriously fricking defensive,” he said. Jansen also said Ferrier went “ballistic” when he reached out. “You know, I’m trying to just, you know, work with you, not against you here,” he said. “And she just wasn’t having it.”