Tipping Point host Ben Shephard welcomed Danny, Abbie, Michael and Emma onto the game show on Wednesday afternoon, as the contestants battled it out for a chance of winning the maximum jackpot of £10,000. However, ITV presenter Ben couldn’t help but tease one contestant when he got a question wrong. And things threatened to get a bit tense when the player hit back at Ben’s remarks.

It was Danny who was in fine form after he kicked off the show getting the first question correct and elected to put the first counter into the machine.

He proved himself to be a strong player as later in the round, he answered a question about NASA correctly and secured himself a mystery counter.

The first round ended with Danny in the lead with £600 closely followed by Abbie and Michael both on £500.

However, Emma sadly didn’t manage to rack up any money and became the first player to be booted out to the competition. 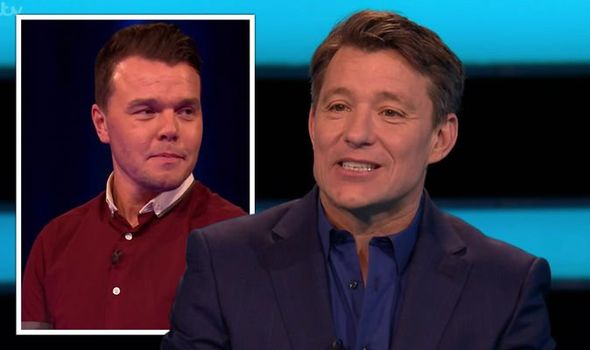 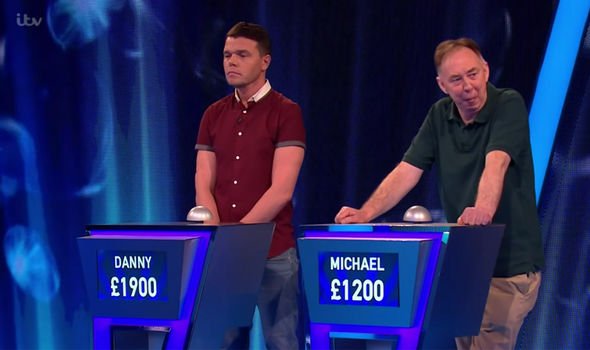 When it came to round two Abbie secured two counters which she placed into the machine, but quickly regretted her decisions.

“We need something here to put a bit of pressure on Michael rather than setting him up… which is exactly what you’ve done, Abbie,” Ben said while watching her fail to push any counters over the edge.

By the end of the round, Michael managed to double his score and knock Abbie out of the game.

Meanwhile, Danny finished the round in the lead with £1,300 in his jackpot. 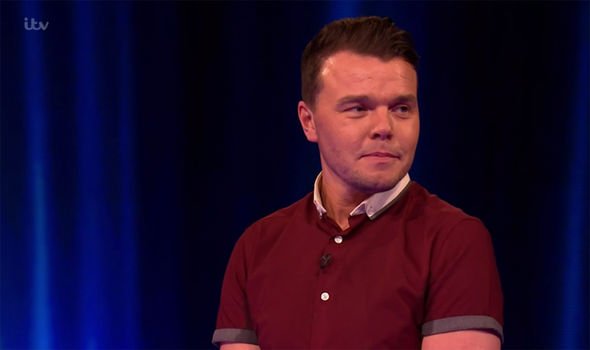 When it was down to the final two, Michael passed a tricky Greek mythology question over to Danny.

The question was: “In Greek mythology, which son of the Titan, Iapetus, stole fire from the gods and has a chemical element named after him?”

Danny didn’t seem too pleased to be lumbered with the question, saying: “The only thing I can think of is titanium. I don’t even know if that’s a chemical element.”

“I’ve got literally nothing else but I’m gonna have to go with titanium,” Danny concluded.

Ben looked over to Michael asking: “Did you have any thoughts, any ideas?”

Michael made it clear he was none the wiser: “No, it’s not a bad guess actually.”

Ben revealed that titanium was in fact the incorrect answer. 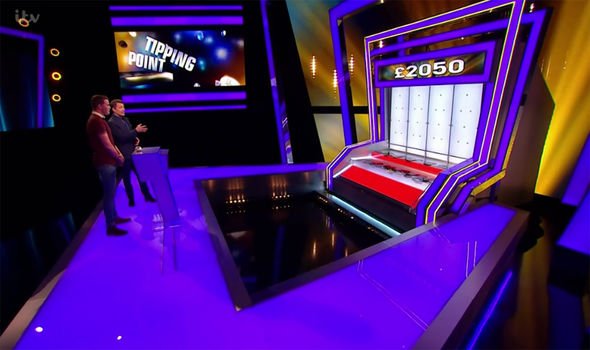 Ben explained: “Titanium is named after the Titans so you were on the right lines. It was Prometheus we were after. Promethium is the element.

“It was a good pass there Michael. I don’t know how you knew that Danny wouldn’t be into his Greek mythology,” Ben teased.

But Danny jokingly hit back at the swipe, exclaiming: “How dare you!?”

After building up a jackpot of £3,200 in the final round, Danny was left to decide whether he was going to risk it all with his final three counters.

After showing how his final three counters would have played out, Ben revealed he had made the right decision in not taking the risk.

Clearly thrilled with the outcome, Danny asked Ben: “Join us for a pint?”