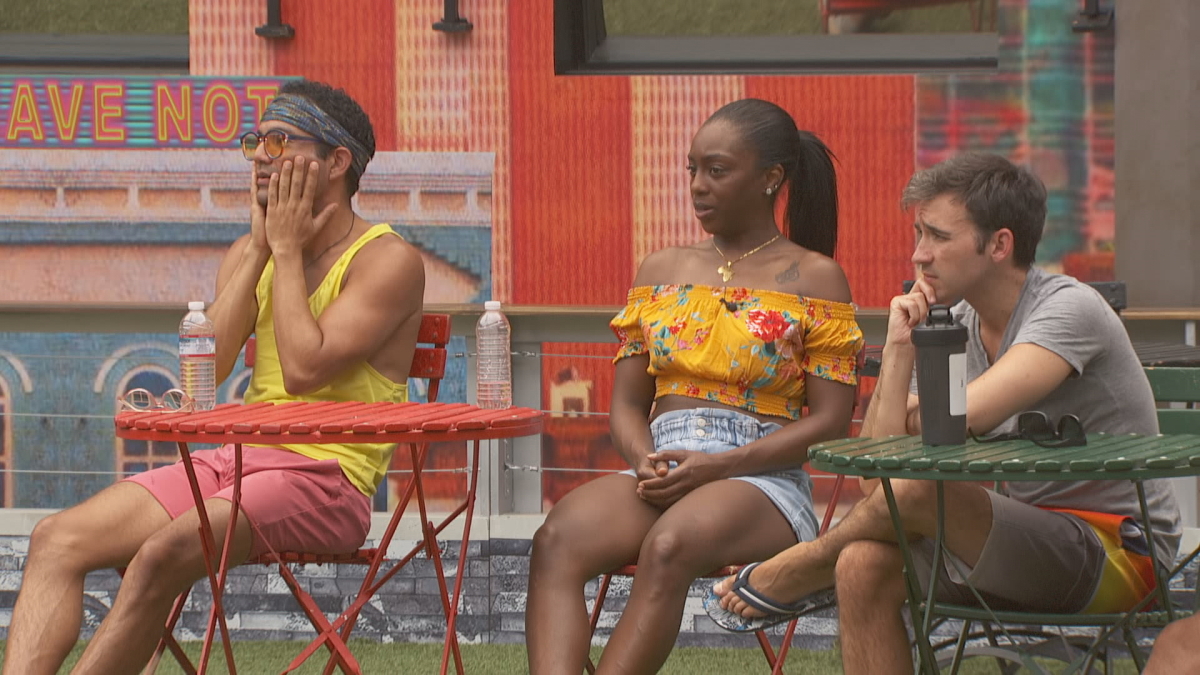 Big Brother All-Stars twists and powers are coming. But when?

Show producers and host Julie Chen already teased the BB22 cast and CBS viewers that a lot of twists and turns would be taking place this summer, so it would make sense for something new to debut this week.

During the season premiere, Julie also suggested that there were several new rooms that the houseguests were going to learn about later. We assume that the Have-Not Room and the Safety Suite was just the beginning.

Week 3 was the final time that the Safety Suite twist was set to take place, with Enzo Palumbo winning the challenge and giving safety to Christmas Abbott.

When will next Big Brother All-Stars twists come?

There are a lot of Janelle Pierzina fans who hope that a secret power will get revealed on eviction night that somehow saves her. It doesn’t seem too likely that production would interfere that much at this late point of the week.

What seems more likely is that an eviction will take place, a new Head of Household will be crowned, and that Julie will tease the BB22 cast about what’s coming next.

At the same time that Julie is teasing the houseguests, she would then explain the next Big Brother All-Stars twist or power to the at-home audience. It is at that point where all of the specific details would be revealed.

What is the next Big Brother All-Stars twist?

This is all just conjecture from us, but the producers can go in several different directions. A popular way to distribute powers in recent seasons has been through fan voting.

The show could present a poll online and allow viewers to vote on who they think should receive a specific power each week for as long as a new twist is put into play.

Some of the twists that have been done in the past include secret powers like voiding nominations and care packages that included safety for the selected houseguest.

Below are two videos of when care packages arrived during Big Brother 18:

BB20 also saw the Hacker Competition, where everyone participated individually in a challenge that would make a winner the Hacker for a week. The Hacker could then throw a wrench into nominations.

Could BB All-Stars 2 have a third nominee?

Another way to really shake things up would be to start having three nominees for eviction in Week 4. They could do that as a one-off or spend several weeks having three people on the block.

Twists and powers made Big Brother After Dark really interesting for a lot of fans, but that can’t happen this summer. Producers do need to do something, though, because some fans are starting to call the current season boring and it might be causing the ratings to take a hit.

Don’t miss the new episode on August 27, because it’s highly possible that Julie is about to reveal something new to the BB22 cast.